What is a caboose used for?

The caboose is the last car on a freight train. Its name is “probably from Dutch kabuis, kombuis, from Middle Low German kabūse,” referring to the galley or “cab house” on a ship. In this video from CBS’ Innovation Nation, Mo Rocca talks with the Henry Ford Museum of American Innovation Chief Curator Marc Greuther about how cabooses were used as “the headquarters of the train.” Some history from Wikipedia:

Use of cabooses began in the 1830s, when railroads housed trainmen in shanties built onto boxcars or flatcars. The caboose provided the train crew with a shelter at the rear of the train. The crew could exit the train for switching or to protect the rear of the train when stopped. They also inspected the train for problems such as shifting loads, broken or dragging equipment, and hot boxes (overheated axle bearings, a serious fire and derailment threat). The conductor kept records and handled business from a table or desk in the caboose. For longer trips, the caboose provided minimal living quarters, and was frequently personalized and decorated with pictures and posters. 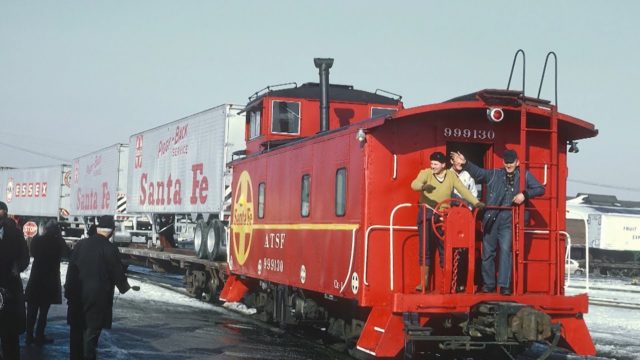 Early cabooses were nothing more than flat cars with small cabins erected on them, or modified box cars. The standard form of the American caboose had a platform at either end with curved grab rails to facilitate train crew members’ ascent onto a moving train. A caboose was fitted with red lights called markers to enable the rear of the train to be seen at night. This has led to the phrase “bringing up the markers” to describe the last car on a train. These lights were officially what made a train a “train”, and were originally lit with oil lamps. With the advent of electricity, later caboose versions incorporated an electrical generator driven by belts coupled to one of the axles, which charged a lead-acid storage battery when the train was in motion. The addition of the cupola, a lookout post atop the car, was introduced in 1863. 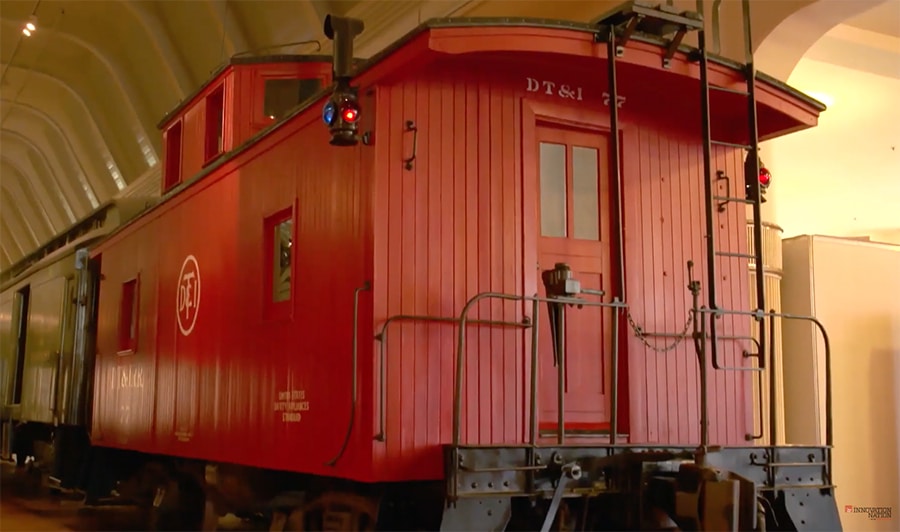 Rocca and Greuther go for a ride in a real caboose at the Dearborn, Michigan-based museum to better understand how railroad workers kept trains safe with communication and “just vigilance… keeping an eye out.”

Why aren’t cabooses used anymore? Greuther explains, “There’s a lot of human interaction that was really useful and necessary before. It’s been completely eradicated by technology.” 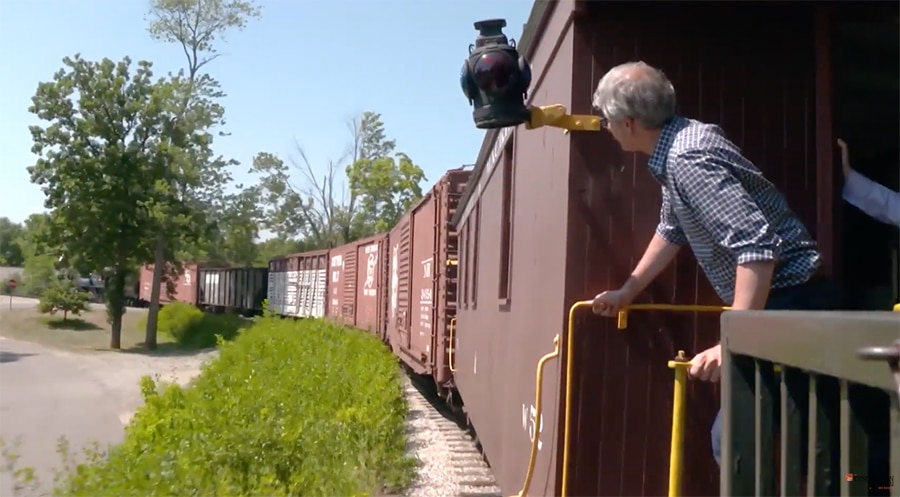 The biggest model railroad in the Northwest

Squeeze in where you can! – The World’s Busiest Railway

Riding the trains in Mumbai, India

Northlandz: One of the world’s largest model railroads