The volcano of Parícutin revealed itself in 1942 with a crack in the ground, “a kind of fissure that had a depth of only half a meter.” Standing on his cornfield in February of that year, Mexican farmer Dionisio Pulido witnessed the birth of one of the youngest volcanoes on the planet.

“I felt a thunder, the trees trembled, and I turned to speak to Paula; and it was then I saw how, in the hole, the ground swelled and raised itself 2 or 2.5 meters high, and a kind of smoke or fine dust — grey, like ashes — began to rise up in a portion of the crack that I had not previously seen . . . Immediately more smoke began to rise with a hiss or whistle, loud and continuous; and there was a smell of sulfur.” 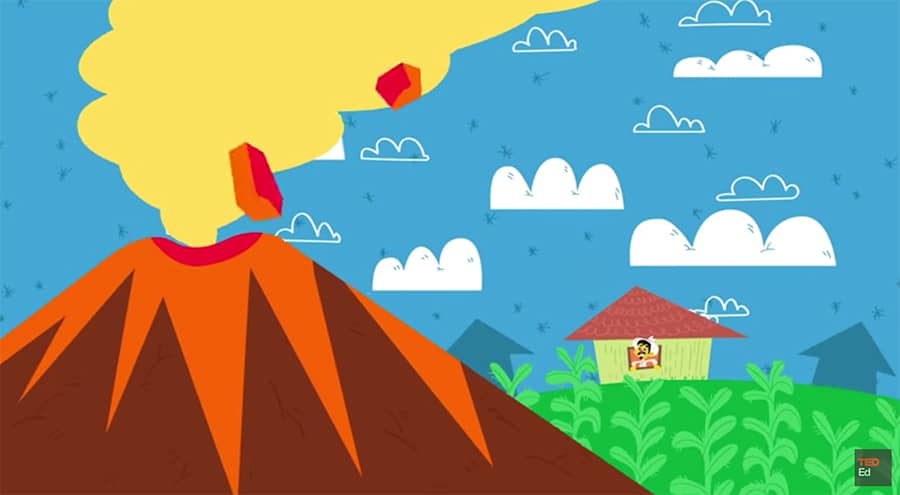 The Parícutin rose a lot in the first year and continued to grow for another nine years “when the eruption ceased as suddenly as it started.” But what caused it erupt in the first place? What makes volcanoes erupt?

Cabong Studios animated this TED-Ed video by Steven Anderson, a lesson that explores the variety of conditions that trigger volcanic eruptions around the world. 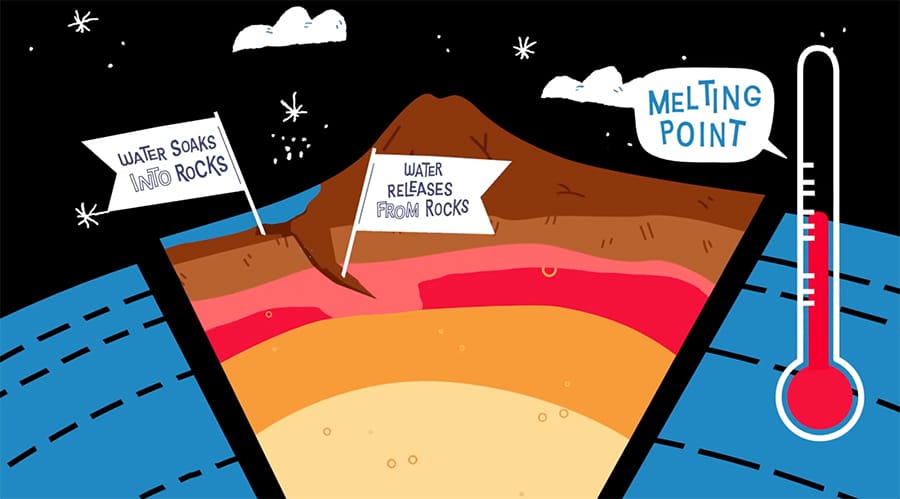 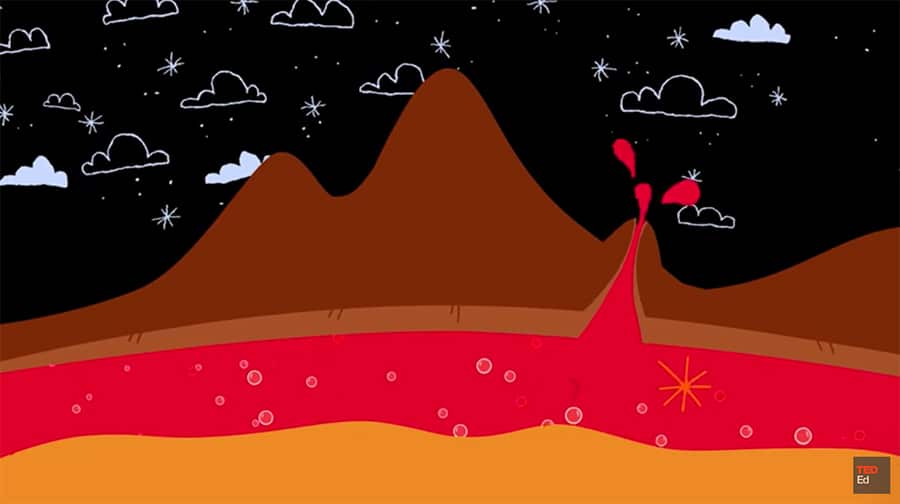 Follow this with these volcano videos:
• What is a volcano?
• Volcanic Eruptions 101: How It Happens
• Time lapse eruption videos of Chile’s Calbuco Volcano
• When a volcano erupts underwater
• Flying drones over the lava lake at Ambrym’s Marum Crater
• Molten lava heads 2-miles to the ocean
• How USGS scientists monitor Kilauea Volcano’s ongoing eruption

The fire and lava of Jupiter’s Moon Io

Kilauea – The Fire Within and Living with Lava

Kawah Ijen volcano & The Mystery of the Blue Flames

How Dangerous Are The Northwest’s Volcanoes?