In a monumental habitat restoration effort in the Presidio, San Francisco’s National Historic Landmark District, CalAcademy scientists are working with the Presidio Trust and its partners to restore the local sand dune ecosystem that once supported the now-extinct Xerces blue butterfly (Glaucopsyche xerces). The pollinator was last seen in abundance in the late 1930s. From this CalAcademy short: Extinction to Stewards: Learning from Xerces Blue:

The Xerces was one of the first recorded or documented cases of an animal going extinct or being driven to extinction by human causes— by developments, by habitat loss. The dunes that we’re standing on top of today were all paved over and essentially San Francisco lost the entire habitat to development. 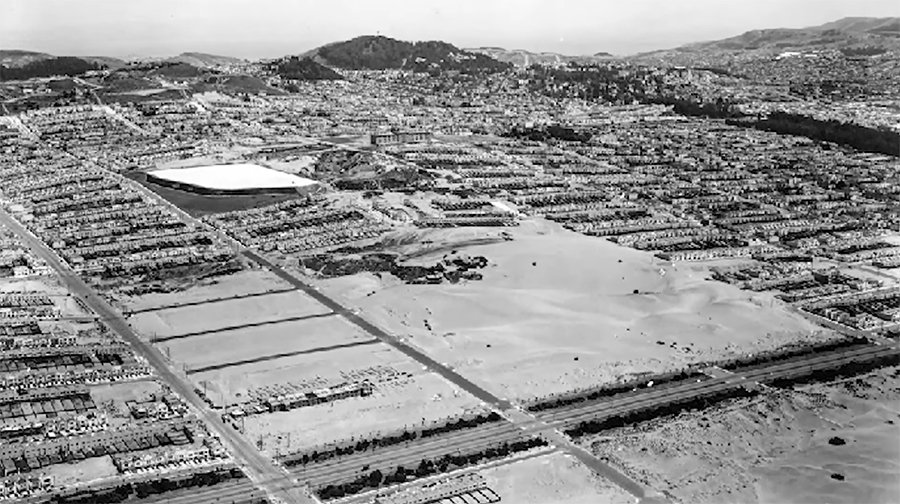 We really know about Xerces because of the amazing collections that we have here at the Academy. These collections that we’ve built really form the basis for understanding everything around us. To better understand our future we have to know where we came from in the first place. And so we have these incredible collections dating back hundreds of years, or in the case of geology, millions of years, to understand our past. And so we’re able to look at the climates, the ecosystems before us and it better informs where we’re going as part of the ecosystem today. 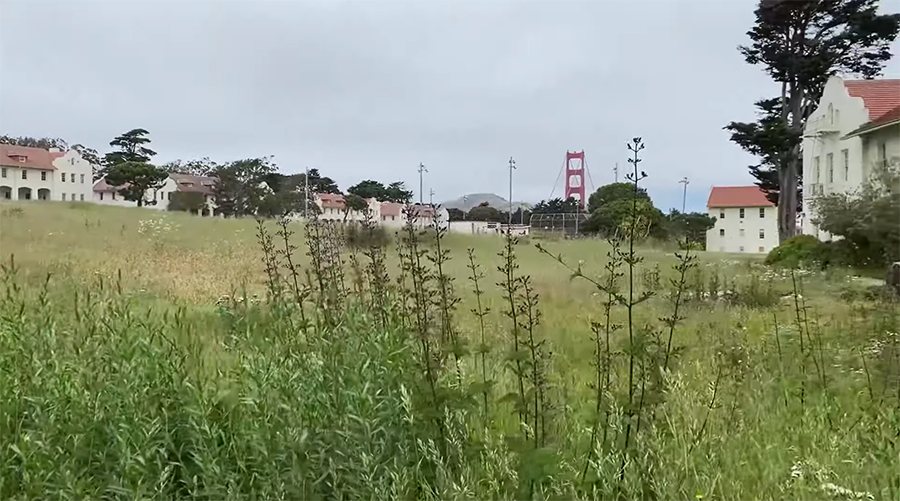 Can these teams learn enough about the Xerces to attract “a cousin” that can survive in San Francisco’s cold summers and thrive as a dune ecosystem pollinator and food source? From Revive & Restore’s Ryan Phelan:

Everyone always asks, you know, how can you bring something back that’s been gone for 20 years? 40 years? 150 years? But the truth is you can look at all kinds of examples—from bringing beavers back to Scotland to, of course, to reintroducing the wolves in Yellowstone—what dramatic ecosystem changes are made that are so positive. So we can only imagine that even bringing back the littlest critters will have tremendous impact. 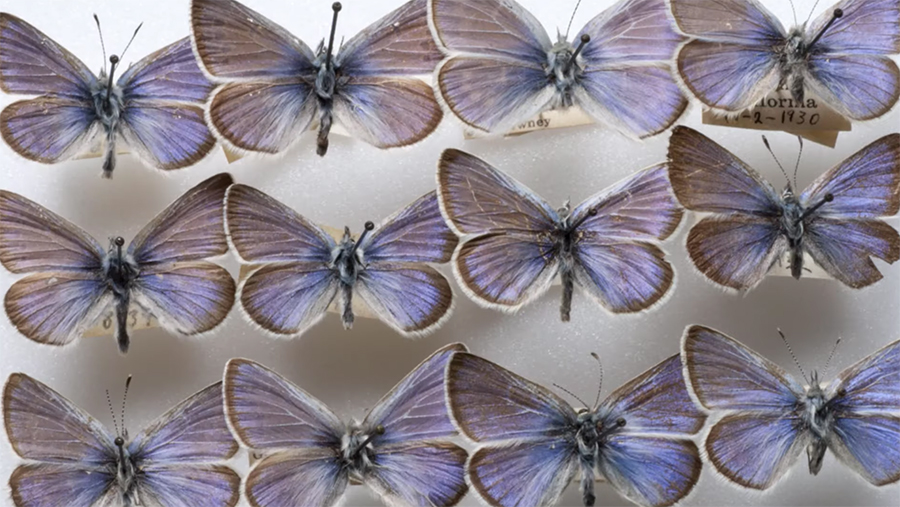 To identify candidate replacements for Xerces, the team will extract DNA from and sequence the genomes of 80-to-100-year-old museum specimens of the extinct Xerces Blue and its close relative, the Silvery Blue (Glaucopsyche lygdamus). The first Silvery Blue specimens to be sequenced will be from populations ecologically and geographically closest to Xerces: adapted to foggy coastal scrub and feeding on Xerces’ pea-plant host Deerweed (Acmispon glaber). Other Silvery Blues from populations more geographically and ecologically distant across a range of microclimates and host plants will also be sequenced. This will provide a genomic ‘measuring stick’ with which to localize Xerces amongst its closest living relatives and to identify one or more suitable candidate Silvery Blue populations for reintroduction. 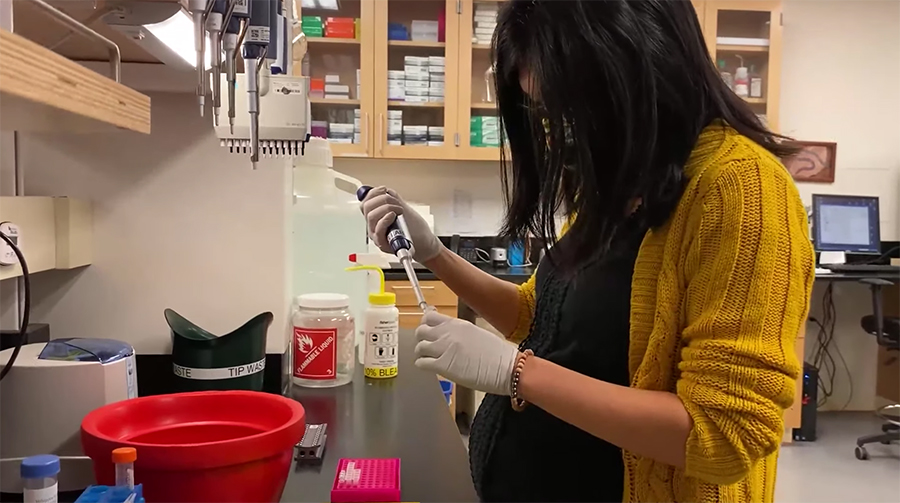 Just as important as restoring food-web connections between native plants and butterflies, bringing back a ‘stand-in’ for the Xerces Blue is intended to spark our collective imagination, to generate a sense of hope, pride, and agency that humans can revive extinct ecosystem functions that are so critical to regenerating the planet.

How can we each become better stewards of the ecosystems where we live in order to contribute to a healthier world? 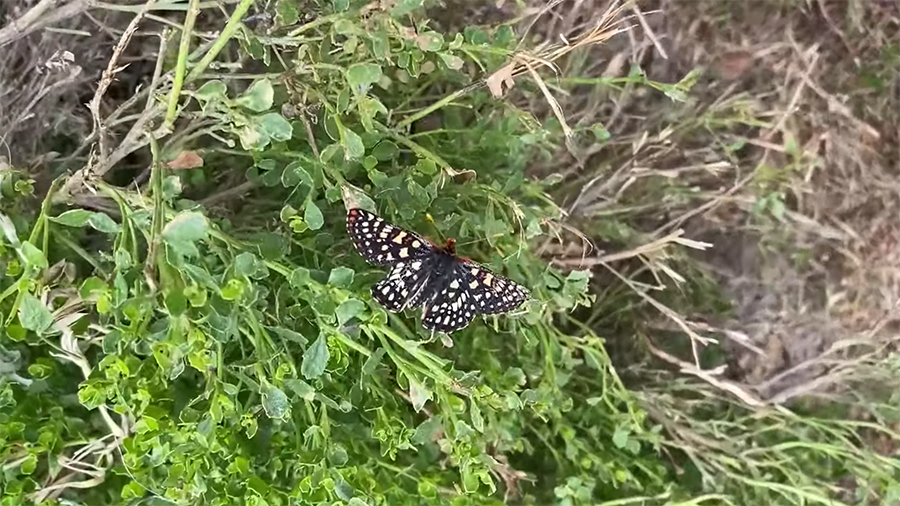 Related reading: In the Shadow of Xerces Blue.

Watch more from CalAcademy and learn about more essential conservation projects next:
• What happens when beavers are reintroduced to England?
• How can nature be used as a tool to restore ecosystems?
• Tim Wong and California’s Pipevine Swallowtail butterflies
• Chief Oshkosh and a history of Menominee Forest conservation

Zoom into a Blue Morpho Butterfly

Witnessing butterflies emerge at the California Academy of Sciences

What happens to a caterpillar inside its chrysalis?