Some of the world’s greatest cultural and historical treasures are housed in London’s British Museum, and a significant number of them were taken during Britain’s centuries-long imperial rule. In recent years, many of the countries missing their cultural heritage have been asking for some of these items back.

Benin City in Nigeria is one of those places. They’ve been calling for the return of the Benin Bronzes, hundreds of artifacts looted in 1897 when British soldiers embarked a punitive expedition to Benin. Many are now housed in the British Museum.

An important conversation-starter for older students, this Vox video shares the story of conflict, looting, and a devastating occupation that resulted in the country’s cultural and financial losses. More about the Benin Bronzes from The New York Times:

Their importance was appreciated in Europe from the moment they were first seen there in 1890s. Curators at the British Museum compared them at that time with the best of Italian and Greek sculpture.

The museum has described recent talks to lend the sculptures as “working towards the aim of facilitating a new permanent display of Benin works of art in Benin City, to include works from the British Museum’s collections.”

Princeton University Professor Chika Okeke-Agulu describes it in a more straightforward way: “You cannot claim to be an encyclopedic collector of stolen objects.” 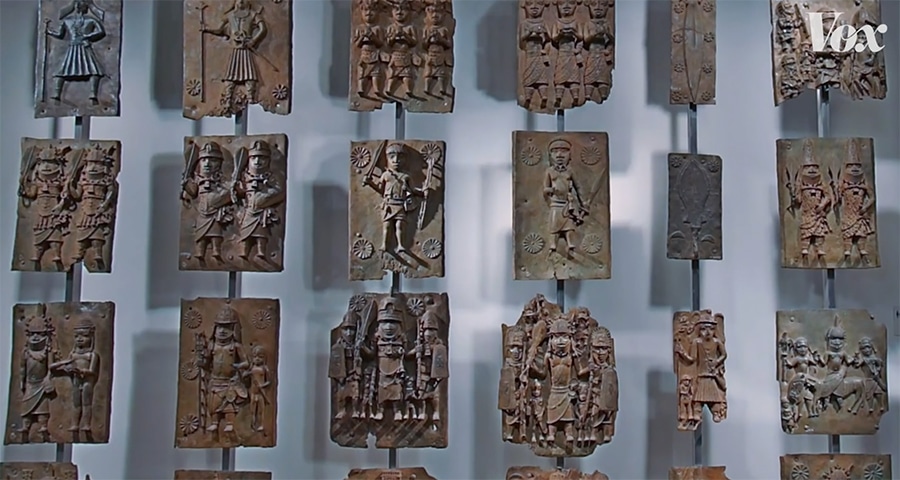 But it’s not just the magnificent Benin Bronzes. Egypt asked for the Rosetta Stone in 2010, indigineous tribes of Easter Island have requsted the return of a moai statue, and there are hundreds of other contested items in their halls, Vox explains, “with their own rich histories, and with original owners trying to retrieve them.” 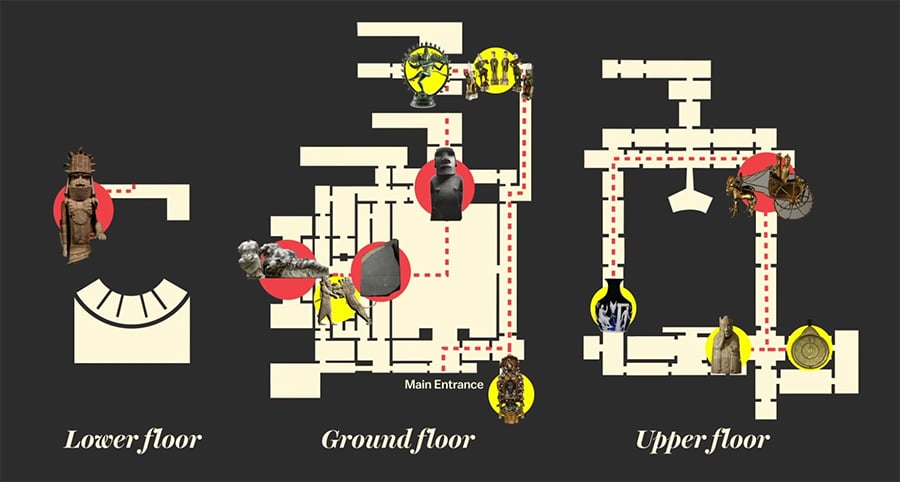 And it’s not just the British Museum. What can and should any of these museums do about the stolen artifacts in their possession?

Related video: The untold history of ironworking in central and west Africa.