What’s inside a kangaroo pouch?

The female kangaroo’s famous pouch isn’t just a pocket where its baby roo can grow and ride. This pouch just might be “the ultimate nursery” for a kangaroo’s baby as it grows from an underdeveloped jellybean-size newborn to a furry, hopping joey.

Science Insider reveals the complexities of what’s inside a kangaroo’s pouch, a sort of second womb that can stretch, expand, contract, feed, and warm the baby for eight months of growth and eventual independence. From the video:

That rapid growth is thanks to the pouch’s four nipples, which spout milk that contains germ-fighting antibodies to keep the little roo from getting sick. 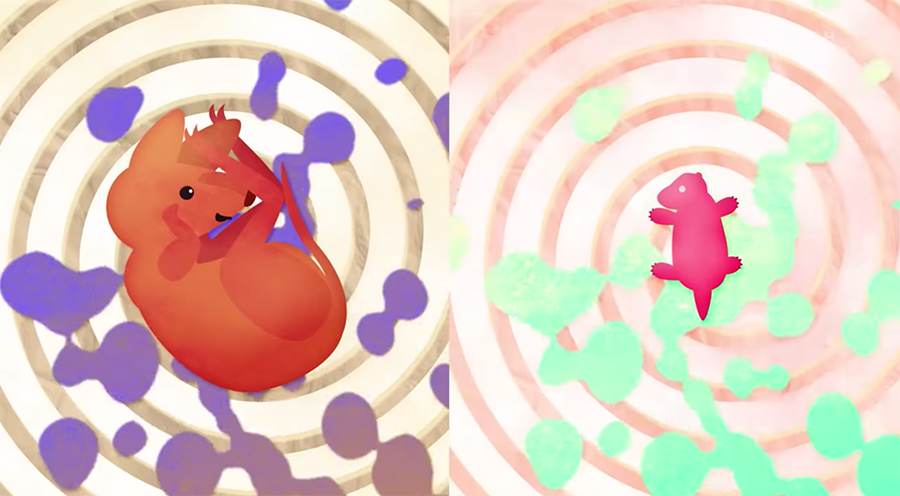 But that’s just the start. You see, the nutrient levels change to meet the baby’s needs as it ages. For example, sulfur, a major building block of hair, peaks around three months in. That’s the same time the baby starts growing fur. 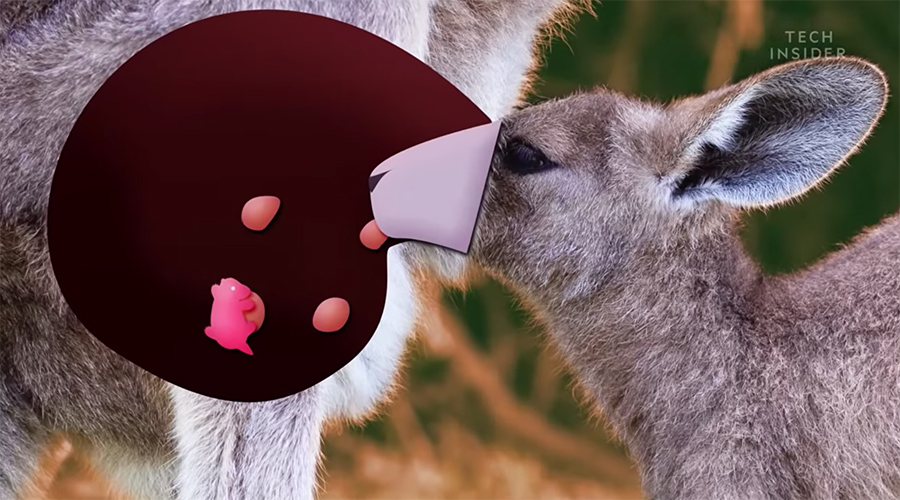 Watch these related kangaroo videos next:
• A tiny newborn kangaroo climbs into its mother’s pouch
• A peek inside marsupial pouches
• The three different ways mammals give birth

The science of milk

Milking a dairy cow by hand

Kangaroo Dundee and his baby kangaroos

How to turn milk into plastic