Tapirs can stay underwater for a few minutes, using their extended snout like a snorkel as their toes give them traction in the water’s slippery floor. Their trunks are also prehensile, so they can grab things with them as elephants do. This Smithsonian Channel video provides a brief glimpse at their underwater skills. From Wikipedia:

Tapirs inhabit jungle and forest regions of South America, Central America, and Southeast Asia. The five extant species of tapirs, all of the family Tapiridae and the genus Tapirus, are the Brazilian tapir, the Malayan tapir, the Baird’s tapir, the kabomani tapir and the mountain tapir. The four species that have been evaluated (all except the kabomani) are all classified on the IUCN Red List as Endangered or Vulnerable…

Although they frequently live in dryland forests, tapirs with access to rivers spend a good deal of time in and underwater, feeding on soft vegetation, taking refuge from predators, and cooling off during hot periods. Tapirs near a water source will swim, sink to the bottom, and walk along the riverbed to feed, and have been known to submerge themselves under water to allow small fish to pick parasites off their bulky bodies. Along with freshwater lounging, tapirs often wallow in mud pits, which also help to keep them cool and free of insects. 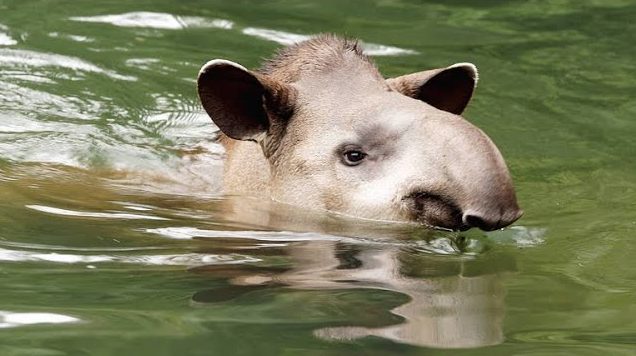 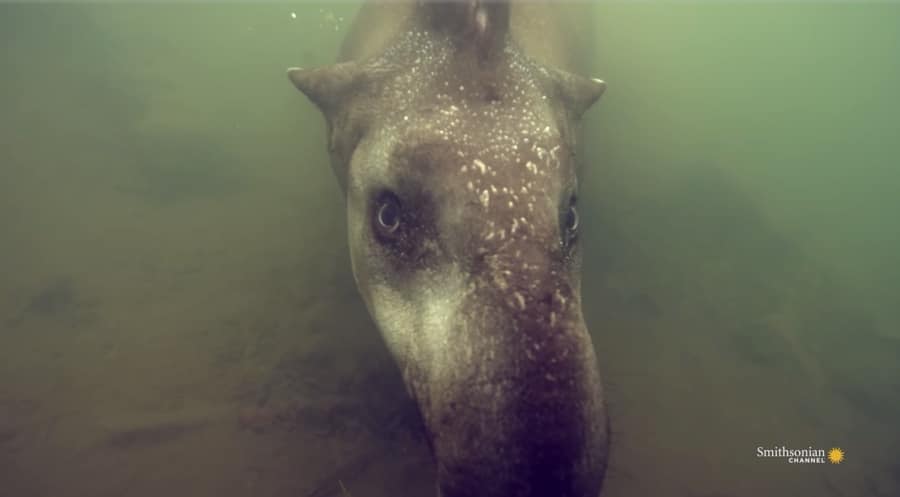 Next, see a spotty baby Malayan tapir at the Prague Zoo.

The tawny frogmouth at the Brookfield Zoo

The Narwhal, Unicorns of the Sea