What are Mexican jumping beans? Why do they jump? And how can studying them help us design small robots?

This illuminating Deep Look episode peers inside the seeds of Sebastiania pavoniana shrubs found in the Sonoran Desert. There, tiny moth larvae might be found. They are stowaways who have burrowed into the seeds for food and shelter while they transform into moths.

These are frijoles saltarines or Mexican jumping beans. Wikipedia describes the insects’ experience:

After the moth-laid egg on the plant hatches, the larva eats away the inside of the bean (until it becomes hollow) and attaches itself to the inside of the bean with silk-like thread. The larva may live for months inside the bean with varying periods of dormancy. If the larva has adequate conditions of moisture and temperature, it will live long enough to go into a pupal stage. In the spring, the moth forces itself out of the bean through a round “trap door”, leaving behind the pupal casing. After its metamorphosis, the small, silver and gray-colored moth lives for no more than a few days.

They jump blindly to hopefully move into shadier locations, a helpful trick in the desert. 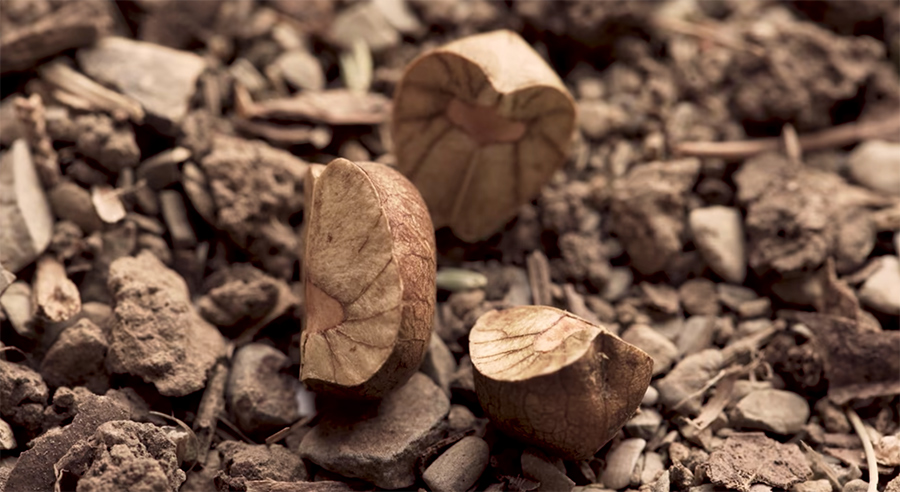 The video also shares lab research footage by mechanical engineer David Hu and his colleagues at Georgia Tech. They study the locomotion of animals, including these Mexican jumping beans, to help humans design small robots of similar shape and function:

“Heating by the sun induces movements by the larva which appear as rolls, jumps and flips by the bean. In this combined experimental, numerical and robotic study, we investigate this unique means of rolling locomotion. Time-lapse videography is used to record bean trajectories across a series of terrain types, including one-dimensional channels and planar surfaces of varying inclination. 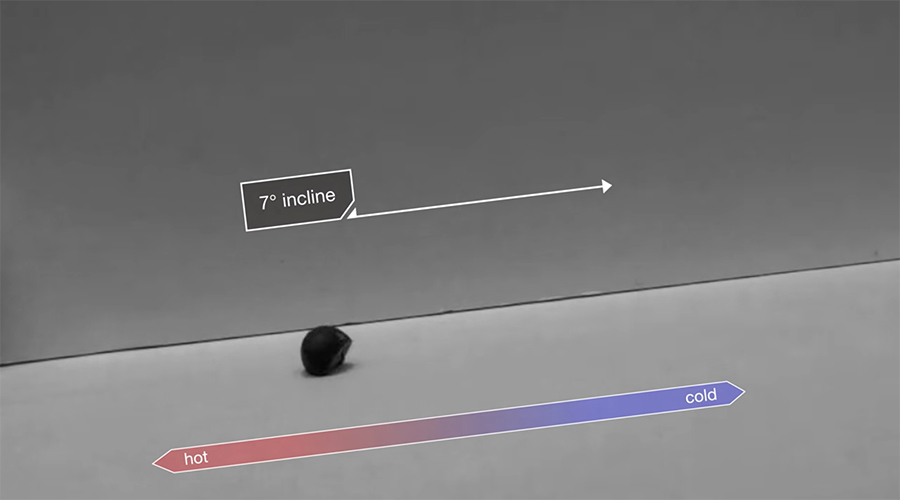 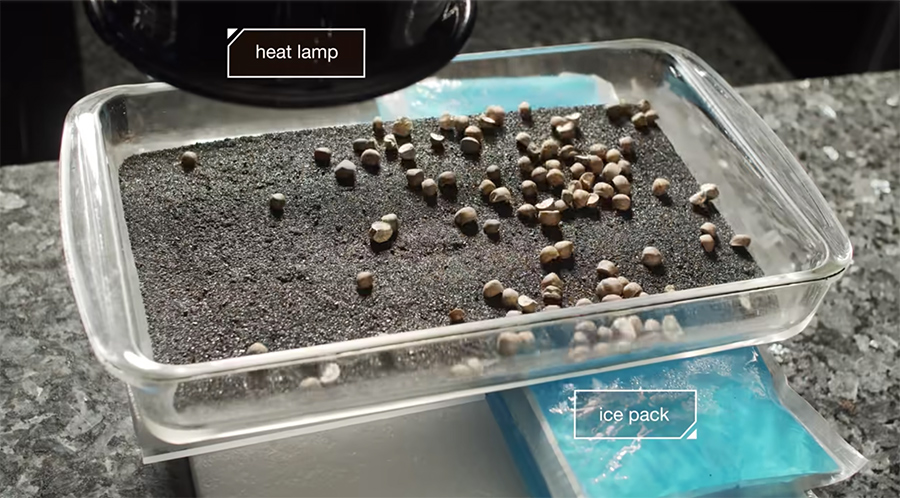 We find that the shell encumbers the larva’s locomotion, decreasing its speed on flat surfaces by threefold. We also observe that the two-dimensional search algorithm of the bean resembles the run-and-tumble search of bacteria. We test this search algorithm using both an agent-based simulation and a wheeled Scribbler robot. The algorithm succeeds in propelling the robot away from regions of high temperature and may have application in biomimetic micro-scale navigation systems.”

File under: Biomimicry. Hu has also studied the locomotion of a lot of different animals featured on TKSST, including:
• The secret design and movement of slithering snakes
• Stroke Of The Water Strider
• The incredible physics of ants and ant rafts
• The Very Hungry Maggot: How larva farming can help reduce food waste

Why do citrus psyllids bribe ants with strings of candy poop?

Why are moths obsessed with lamps?