Why does water roll off a duck’s back?

The phrase “like water off a duck’s back” refers to not letting criticism have an effect, but does water literally roll off a duck’s back? In this Deep Look episode from KQED, the reasons why duck feathers resist water are explained: It’s the structures and density of aquatic bird feathers, as well as their “obsessive” preening.

This special brushing and cleaning of their feathers with their beaks is sort of like zipping their feathers together after they come apart. And it keeps the birds free of parasites. 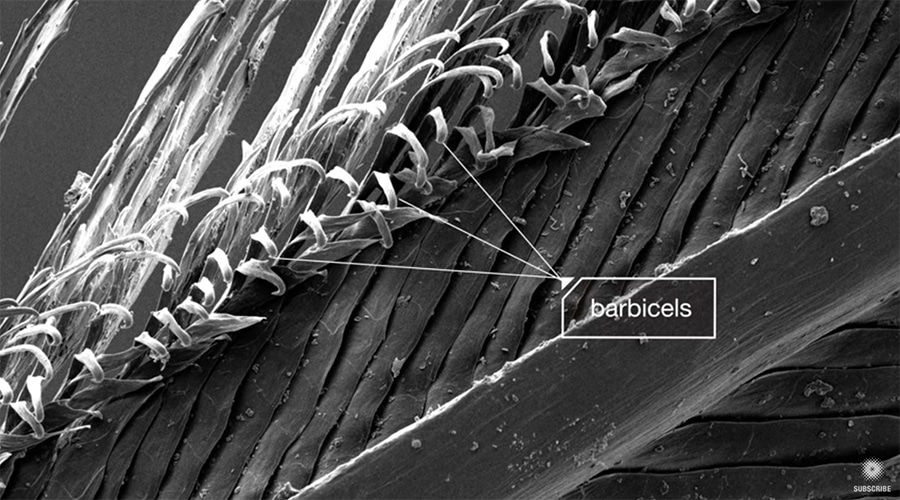 To achieve that, aquatic birds coat their feathers with an oily substance known as preen oil, which is secreted from a gland on their rumps, above their tail feathers. This gland, known as the uropygial or preen gland, is present in nearly all birds, but its shape and size varies among species.

According to [Jack Dumbacher, curator of ornithology and mammalogy at the California Academy of Sciences], aquatic birds tend to have much larger and more developed preen glands than terrestrial birds, which isn’t surprising because “they have to apply oil more regularly,” he said…

It’s hard work. Some species will spend up to 25% of their waking hours preening. 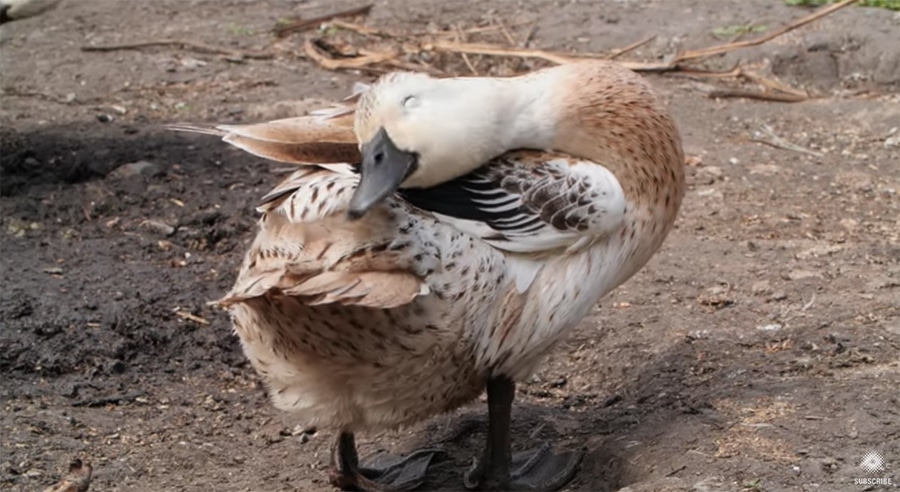 Watch more Deep Look videos. TKSST also has a lot of videos about feathers. Start with these:
• A preening stork-billed kingfisher
• The silent flight superpower of a stealthy predator: The Owl
• How does a penguin launch itself from the sea?
• How did feathers evolve?

Wings, an animated short about a mouse who wants to fly

Rattlesnakes’ scales help them sip rainwater from their bodies

Museum of Obsolete Objects: The Quill, The Cassette Tape, and more

Imping an injured owl’s wing to make it stronger

How does a penguin launch itself from the sea?