Seen trailing the United States Navy Blue Angels and many other aviation teams, white and brightly colored smoke is used to accentuate flight maneuvers in aerial demonstrations, air combat training, vortex marking, and more. Sanders’ white smoke is created with a highly refined mineral oil that can be switched on or off by the pilot. 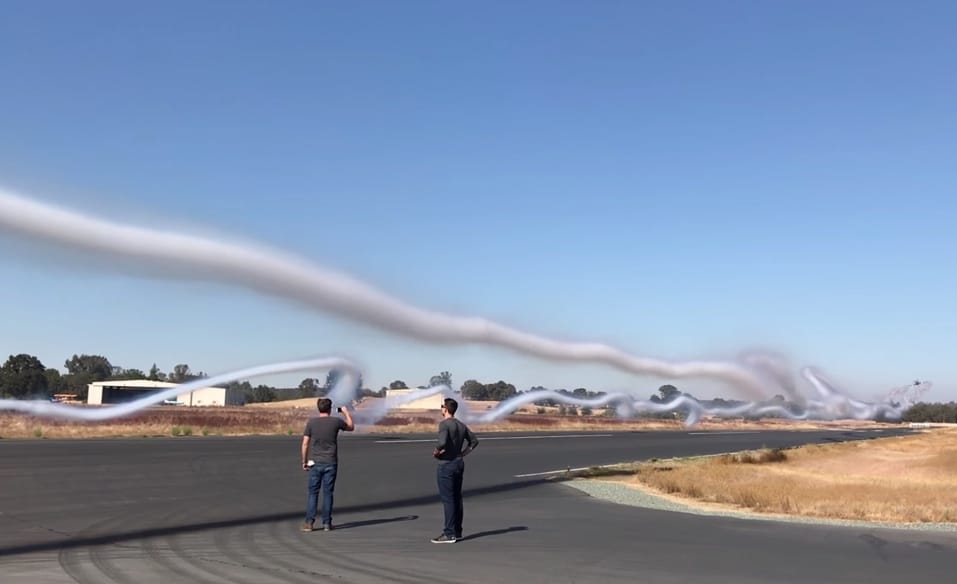 See and make more vortices:
• Giant wingtip vortices in the fog as an airplane lands
• How to make a Crazy Pool Vortex
• A vortex of bubbles twirls pufferfish as cold & warm waters collide

What will dolphins make of these underwater bubble rings?