Steel marbles, levers, gears, a maze of tracks and tubes, and so much more: This mesmerizing video captures a demonstration of the Marble Conveyor Belt, a new v2 marble music machine that was specifically built for travel. It’s from the engineering and innovation-focused Swedish folktronica band Wintergatan. Band member and inventor Martin Molin is at the crank. Via Wikipedia: 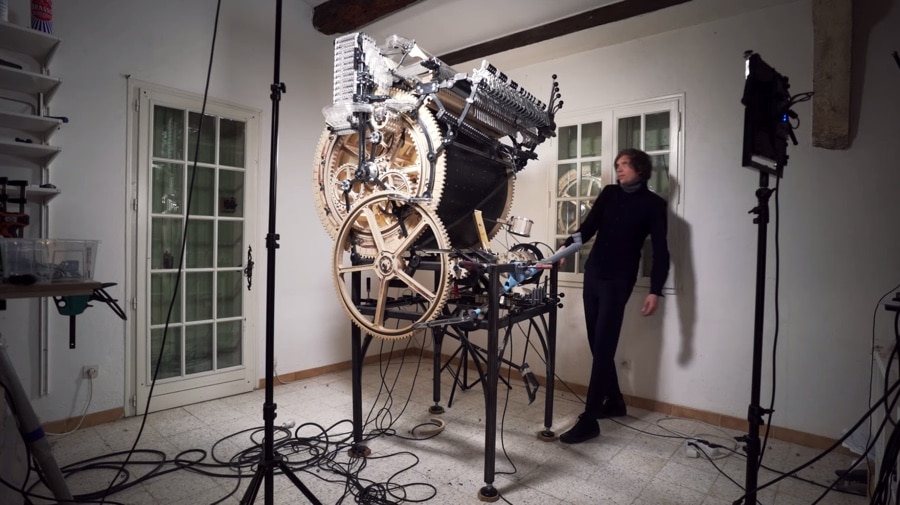 From their video notes, the rhythmic machine “lifts 8 marbles per crank turn. Thanks to it being driven by ratchets and pistons, it makes a short halt to load and unload the marbles, on exactly the same spot every time.” 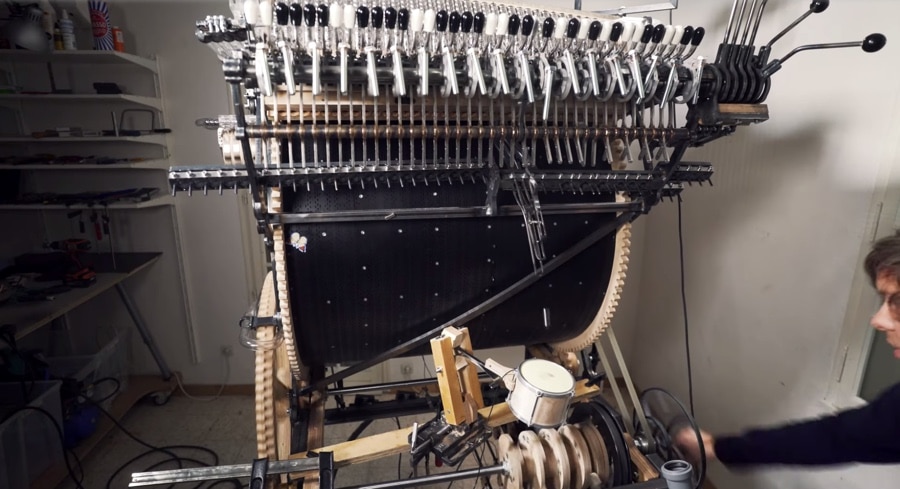 The pistons are connected to the crankshaft with a 2:1 gear reduction which means that the conveyor belt go in time with the music, and in half time. I can even use the mechanical sounds from the ratchets and the marbles climbing the fish stair to create parts of the beats.

I only had one kick drum channel up and running so the kick drum plays on 2-4 like a snare normally would. Sounds a little strange but I just made this piece of music to demonstrate the concepts are working…

The throw of the pistons s 40mm, the pitch of the chain is 15,875×2 mm, an imperial value, and it happens to be exactly twice the marble diameter. All this makes it possible to lift exactly one row of marbles per crank turn. The ratchets move 40 mm but only grabs onto the chain to move it exactly 31,75mm per crank turn… 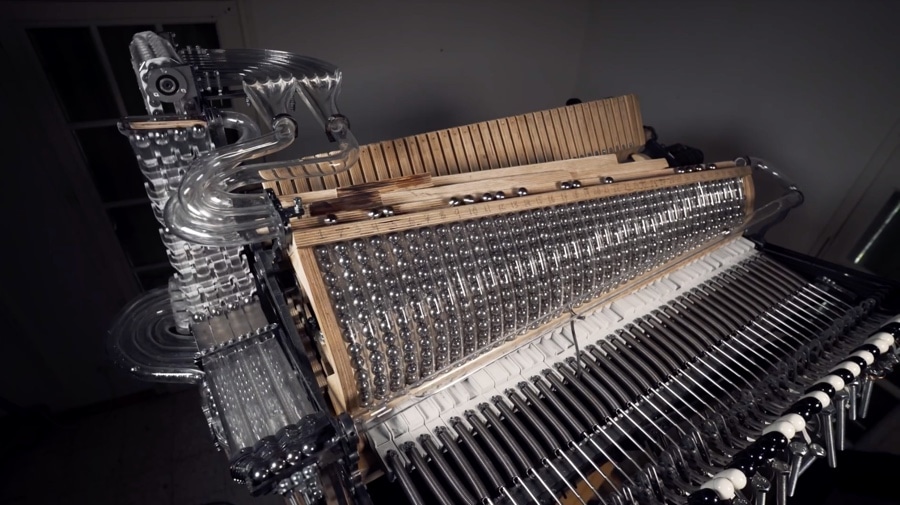 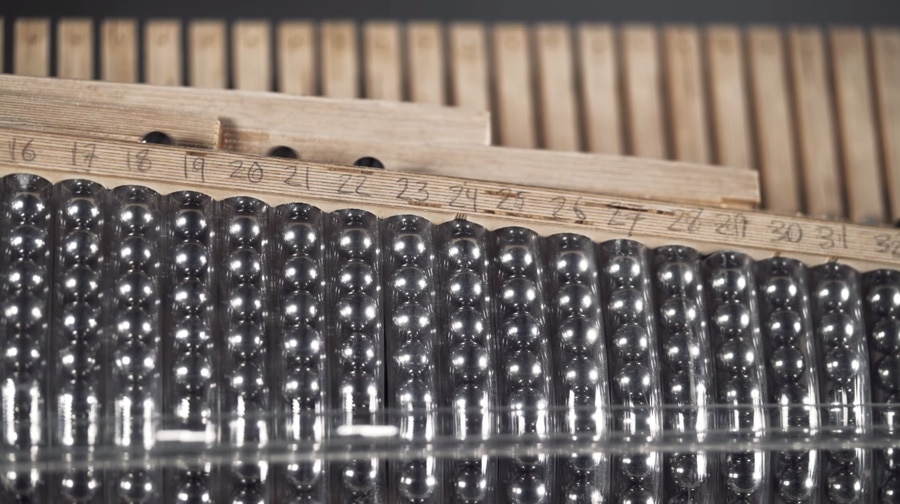 The marbles looks like they are stuck over the demagnetiser wheel, this is by design, as soon new marbles come into the pipes from below, the marbles are slowly pushed over the demag wheel which ensures perfect demagnetisation. 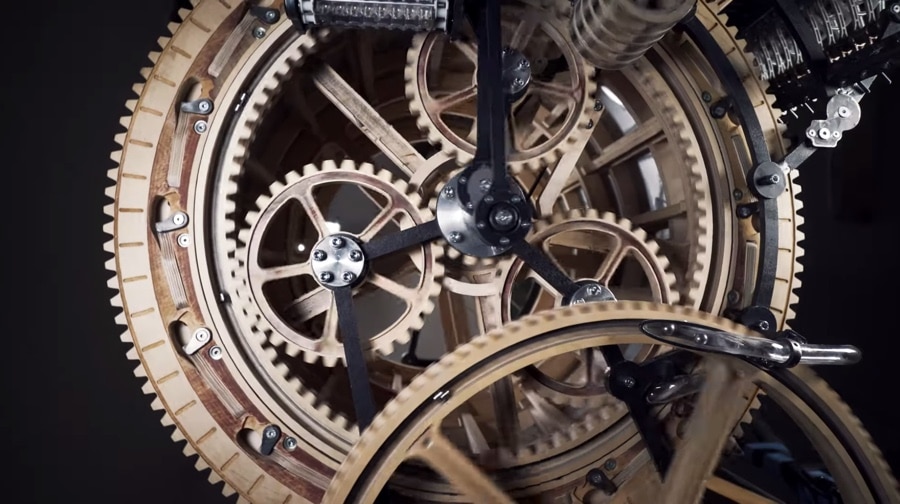 You can see the entire build in this exhaustive playlist.