Who might you see living around a beaver dam in the late autumn and early winter of Minnesota? Watch the wolves and otters, plus a red fox and a beaver, all captured on camera by the Voyageurs Wolf Project team in Northern Minnesota’s Voyageurs National Park. 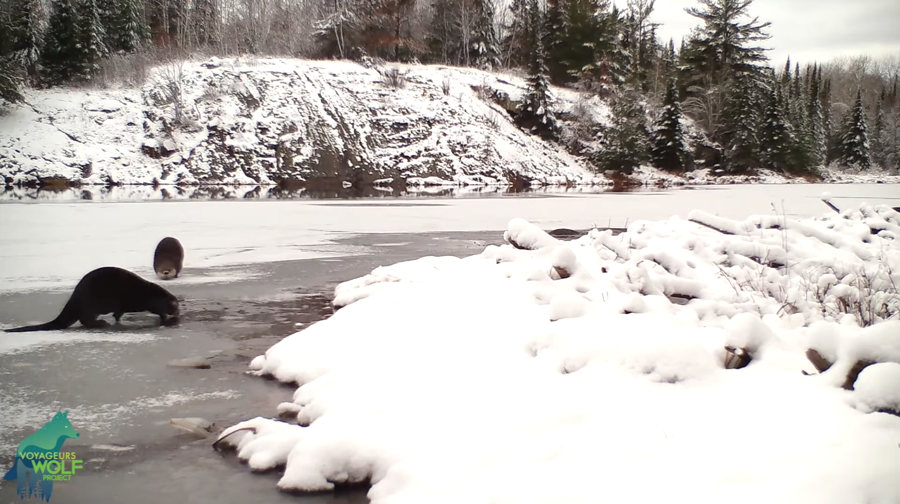 “…Granted, there was one particularly malicious wolf in this area who thought our trail camera was its personal chew toy.

“On three different occasions within a 3-week period, this wolf—or what we suspect is the same wolf—was mouthing our camera. In one clip, this wolf can be seen making a bee line for our camera with malicious intent in its eyes!

“On its 3rd attempt, the wolf succeeded in rendering the camera obsolete by pushing the camera face-down in the snow. The wolf gets an A++ for curiosity, initiative, and vandalism!

Enjoy another video from the Voyageurs team: One year on a forest trail in Northern Minnesota.

Plus, more animal cam videos, including these:
• How many animals use this log to cross the stream?
• Un albero un anno (One tree one year)
• Curious arctic fox kits discover (and destroy) a motion-sensor camera

Bonus video about Wolves: How do we solve the problem of predators?