Watching a woodlouse flip over

Spend a quiet two minutes watching a woodlouse (aka pill bug, roly poly, cheeselog, armadillo bug, boat builder, slater, sow bug, roll up bug…) flip over from its back. Known for curling up into a protective ball, this “bug” has a lot of regional nicknames, but is it actually a bug? From a-z-animals:

The woodlouse is not an insect but a crustacean that has 14 parts to its body, which gives the woodlouse the flexibility to be able to curl into a ball to protect itself from danger. This means that only the hard outer shell of the woodlouse is exposed.

The woodlouse is found in dark, damp places in forests and jungles throughout the world. The woodlouse feeds on decaying leaf and plant matter on the forest floor, meaning that the woodlouse plays a vital role in the natural carbon dioxide cycle.

The woodlouse is generally about 1 cm long but many species in the tropics are triple that size, some are even bigger. The woodlouse has an average lifespan of around 2 years but some are known to get up to 4 years old. 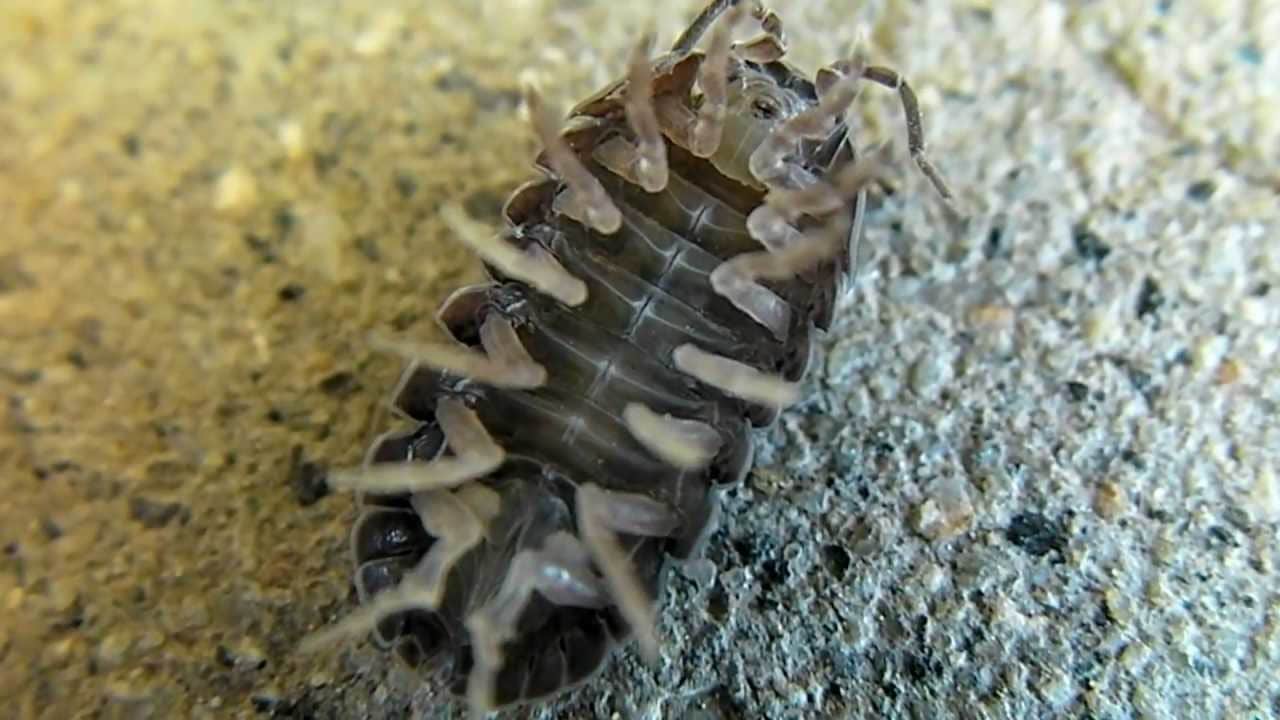 The GPS-navigated rolling of the dung beetle

The Birth of a Snowflake (A snowflake melts in reverse)