Mysteries of the world’s biggest dome

How did Filippo Brunelleschi use engineering, design, math, and secrecy to build the world’s biggest dome? “…Experts still don’t fully understand the brilliant methods he used in constructing the dome, which tops the Santa Maria del Fiore cathedral in Florence, Italy.” Learn more about this architectural feat, a project that lasted from 1418 to 1436, with this animation from National Geographic. 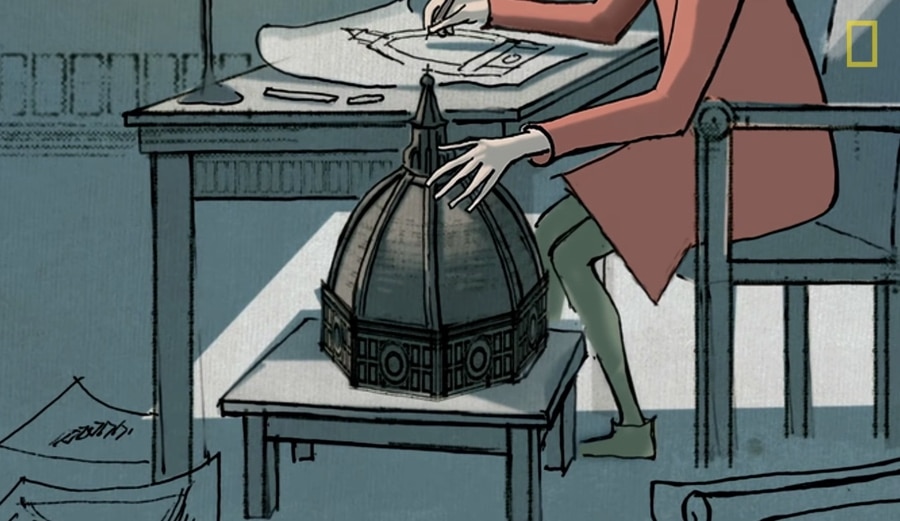 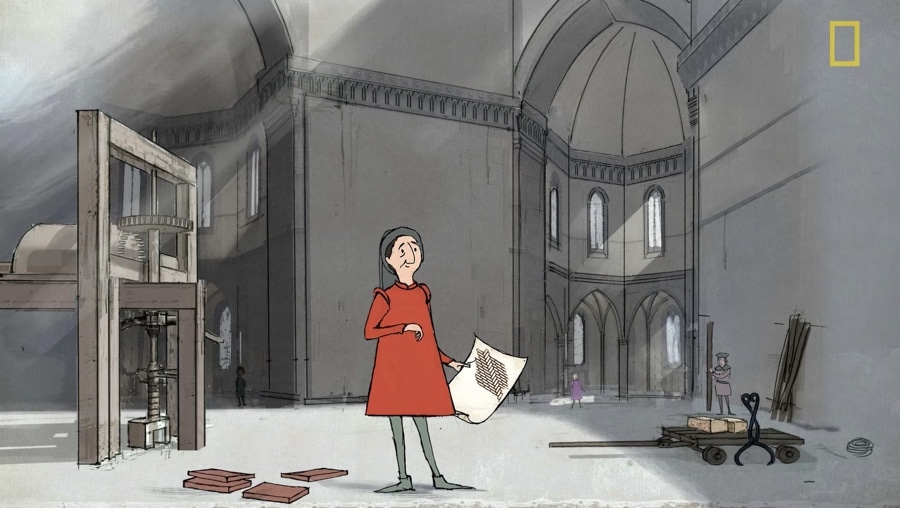 Though Brunelleschi was not formally trained, his background was filled with years of study for the job. From their February 2014 issue:

As a boy, during his goldsmith’s apprenticeship, he had mastered drawing and painting, wood carving, sculpture in silver and bronze, stone setting, niello, and enamel work. Later he studied optics and tinkered endlessly with wheels, gears, weights, and motion, building a number of ingenious clocks, including what may have been one of the first alarm clocks in history. Applying his theoretical and mechanical knowledge to observation of the natural world, he single-handedly worked out the rules of linear perspective. He’d just spent several years in Rome measuring and sketching the ancient monuments and noting, in cipher, their architectural secrets. Indeed, Brunelleschi’s life seemed to have been one long apprenticeship for building the dome of unequaled beauty, usefulness, honor, and power that Florence yearned for. 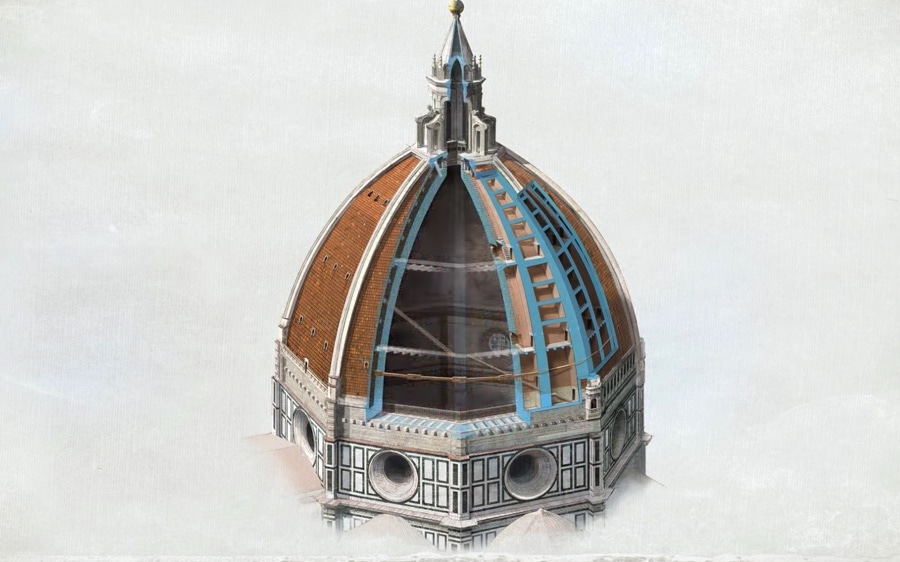 Plus: The Brick Double-Domino Effect Explained and more about the engineering process.

What’s inside a tape measure?