Working in between heavy rains over the course of a few days, the man behind Primitive Technology created mats by collecting, stripping, and weaving thin strips of bark fiber together. From his blog:

It has been raining a lot here lately… and this caused a large wattle tree to fall down taking a few smaller trees with it. One of the trees was the type I use for fiber. So I stripped the bark from it and divided it into thinner strips back at the hut.

I then made a loom by hammering stakes into the ground and lashing cross bars to it. Stakes were hammered into the ground to hold every first string while a movable cross bar held every second string. When the bar was lifted a gap was formed where every second string was above every first string. Then when the bar was dropped a gap was formed where the opposite was true. So in this way the weaving thread could be drawn through over and under one way and then under over back the opposite way. The alternative was to weave by hand which would have taken longer. 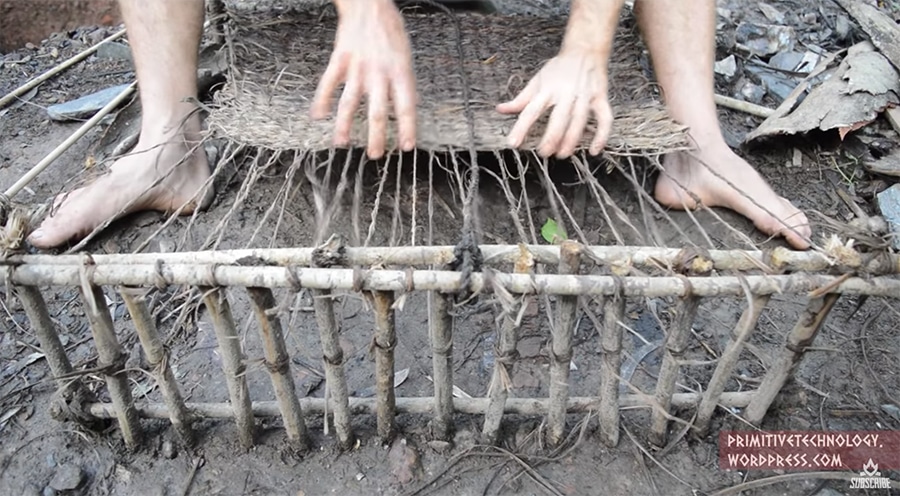 The Loneliest Tree in the World

The Link Between Japanese Samurai and Real Indigo

The Embroidered Art of Meredith Woolnough