A rare sight: The Yellow-billed Loon

“There is no bird that defines the arctic wilderness like the Yellow-billed Loon.” Its eerie yodeling call, heard in this rare video at the 24-second mark, haunts the cold arctic air. Its patterned black and white plumage and its yellow “dagger”-like beak are a stand-out combination on the frigid landscape.

Filmed in Chukotka, Russia by Gerrit Vyn of the Cornell Lab of Ornithology, this mated pair of Yellow-billed Loons can be seen foraging on the water. According to Wikipedia, “the yellow-billed loon is a specialist fish-eater, though it also takes crustaceans, molluscs, and annelids, especially for its young.” 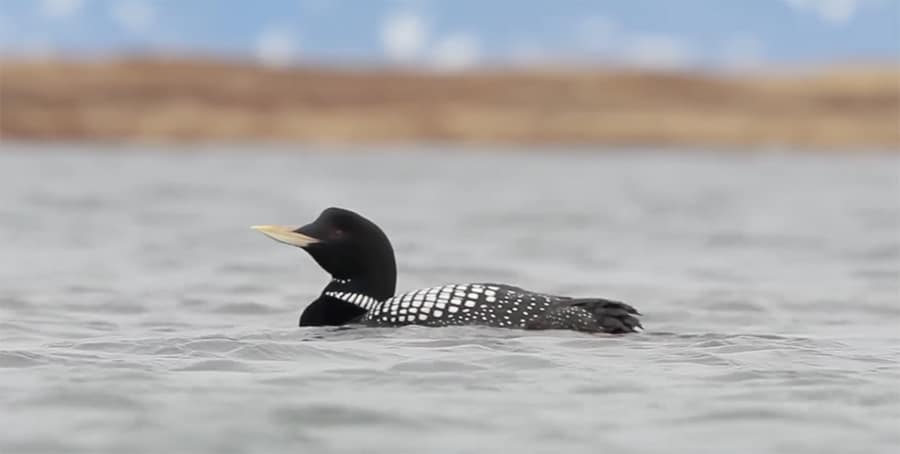 The Yellow-billed Loon peeks its head under the water to spot prey and dives to catch it. This loon also “tucks one webbed foot under its wing, and alternates between feet periodically” to help stay warm in the cold waters. A few notes from Audubon.org:

Summers on high Arctic tundra, winters off wild northern shores, and occurs only in very small numbers south of Canada. Its great size, remote range, and general rarity give the Yellow-billed Loon an aura of mystery for many birders…

World population has been estimated at under 10,000, with half of these in Alaska. Vulnerable to oil spills and other pollution in the Arctic, and to the effects of climate change. 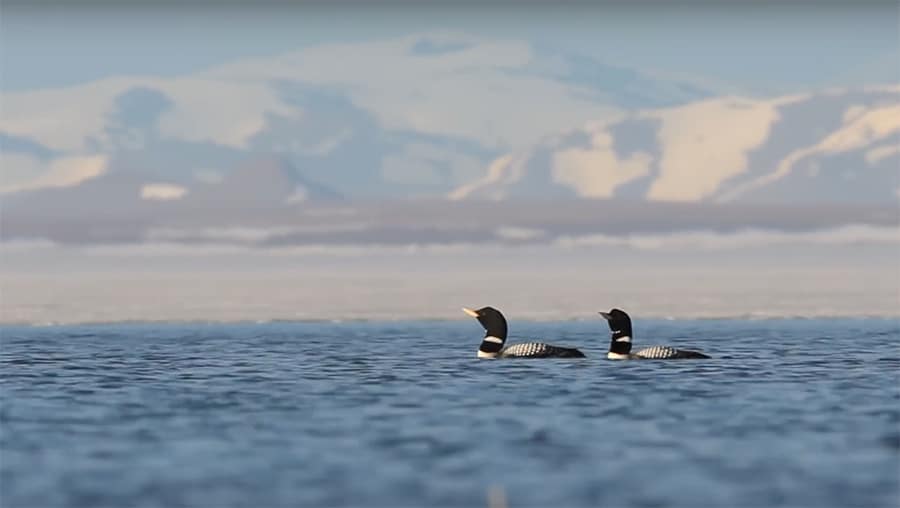 Watch more videos about the arctic on TKSST.