A Yosemite Falls rainbow in real-time

Have you ever seen a rainbow waterfall? This silent real-time footage of a Yosemite Falls rainbow, captured by photographer Greg Harlow in Yosemite National Park, reveals the colorful phenomenon on the 1,430-foot (440 meter) upper portion of the park’s highest waterfall at 2,425 feet (739 meters). 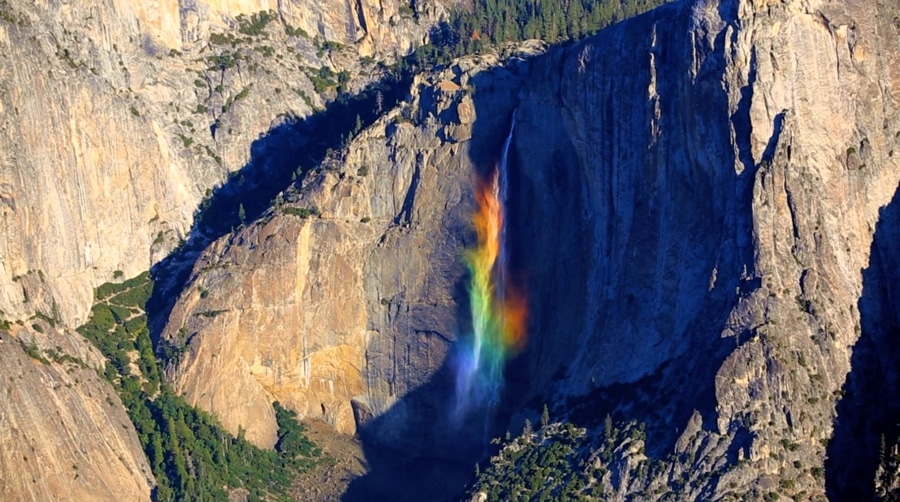 He explains in an Instagram post that the rainbow lasted over eight minutes around 9:15am on November 1st, 2017. “This certainly was not a planned event. I spent over 3 months total in Yosemite last year and just got lucky.”

Here’s a time lapse of the Yosemite Falls rainbow footage, too:

Watch more videos from Yosemite, including Yosemite’s Horsetail ‘firefall’ at sunset and these Yosemite Nature Notes: Noticing the Soundscapes of Yosemite National Park.

Yosemite’s glowing Firefall: Why does it happen?

Soap bubble turbulence: Rainbows spin on the surface of a bubble

Rainbow in Your Hand by Masashi Kawamura