Yosemite’s glowing Firefall: Why does it happen?

Every year around “February 16th to 23rd, or maybe a little beyond that,” if the conditions all align, Yosemite National Park‘s majestic Horsetail Fall transforms into Firefall, “one of the most wondrous and beautiful sights at Yosemite—and one of the rarest.”

Lasting only a few minutes, this spectacular illusion is created when the last light of sunset hits the flowing waterfall. Glowing oranges and reds look “like a cascade of fluid fire” tumbling down the eastern side of El Capitan. This Wonder World video introduces the natural anomaly and explains why it happens. 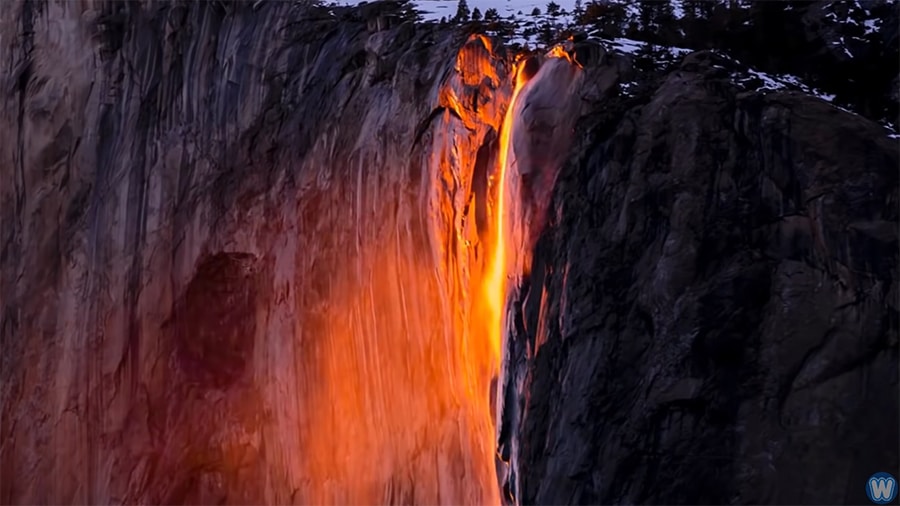 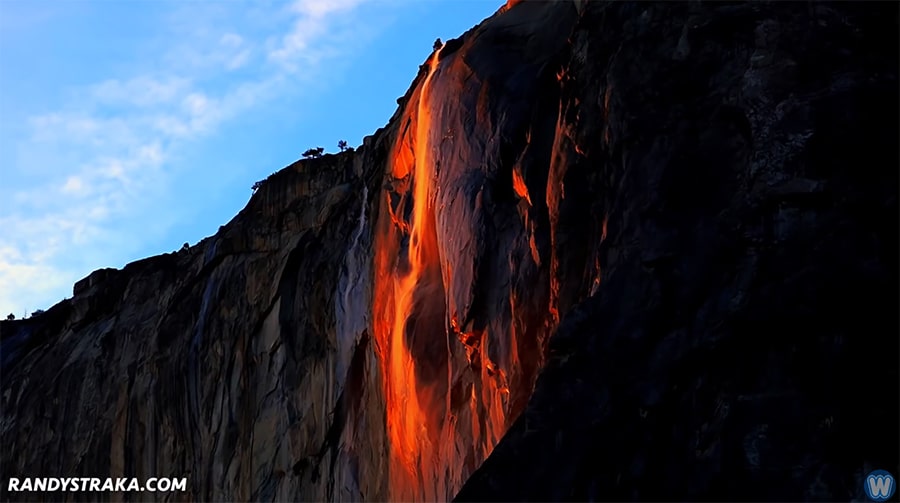 “The discovery of the natural Yosemite Firefall,” travel writer and photographer James Kaiser explains, “is not well documented…”

The Awahneechee Indians, who lived in Yosemite Valley for hundreds of years, most likely knew of its existence, but there is no evidence they passed this information on to white settlers. Yosemite Valley was first seen by white explorers in 1851. Although its natural wonders were heavily promoted in the following decades, the natural Firefall was never mentioned. Even John Muir, who lived in Yosemite for several years and explored the park in obsessive detail, never mentioned the Firefall at Horsetail Fall.

In 1973 photographer Galen Rowell took the first-known photograph of the natural Yosemite Firefall. Rowell’s photo greatly increasing the Firefall’s fame among landscape photographers and Yosemite aficionados, but it wasn’t until the advent of digital photography and social media that the Firefall achieved global fame.

As dramatic images of the Firefall spread around the world, more and more people came by for a look. These days hundreds of photographers and spectators visit Yosemite Valley each February, hoping to catch a rare glimpse of this amazing natural phenomenon.

Previously from 2016 on TKSST: Yosemite’s Firefall at sunset.

Plus: A Yosemite Falls rainbow in real-time.

How are stainless steel spheres made?

A Yosemite Falls rainbow in real-time