We think of an algorithm as something new, but the term actually dates back about 900 years. The word algorithm comes from the name of a Persian mathematical genius, Muhammad ibn Musa al-Khwarizmi. He was born around 780 AD in the region now known as Uzbekistan… 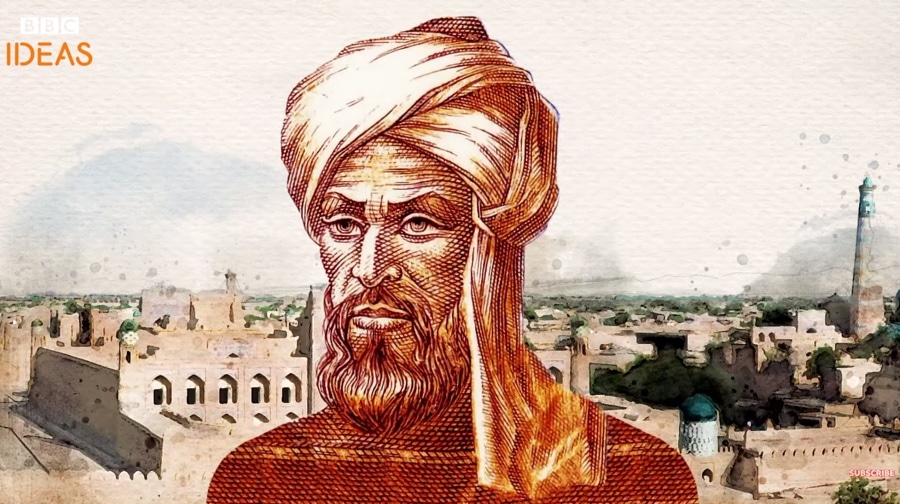 Muhammad Al-Khwarizmi pursued interests in astronomy, geography, and mathematics. The word algebra, from the Arabic word al-jabr—”jebr being derived from the verb jabara, to reunite, and muqabala, from gabala, to make equal”—is from the Persian scholar’s writings. Learn about Al-Khwarizmi with this BBC Ideas video. Plus, from Story of Mathematics:

Perhaps his most important contribution to mathematics was his strong advocacy of the Hindu numerical system, which Al-Khwarizmi recognized as having the power and efficiency needed to revolutionize Islamic and Western mathematics. The Hindu numerals 1 – 9 and 0 – which have since become known as Hindu-Arabic numerals – were soon adopted by the entire Islamic world. Later, with translations of Al-Khwarizmi’s work into Latin by Adelard of Bath and others in the 12th Century, and with the influence of Fibonacci’s “Liber Abaci” they would be adopted throughout Europe as well.

Watch more math history videos: The Story of Zero, The mathematical secrets of Pascal’s triangle, why the metric system matters, and how many ways are there to prove the Pythagorean theorem?

And more videos about algorithms, including what’s the fastest way to alphabetize your bookshelf?

Why is water one of the weirdest things in the universe?

The mighty mathematics of the lever