Tokyo-based French architect and artist Emmanuelle Moureaux visualized a decade of ‘the future’—2017 to 2026—as a numerical rainbow forest in an installation for The National Art Center in Tokyo. The 2017 commission, titled Forest of Numbers, celebrated the museum’s 10th anniversary by symbolizing their next ten years:

More than 60,000 pieces of suspended numeral figures from 0 to 9 were regularly aligned in three dimensional grids. A section was removed, created a path that cut through the installation, invited visitors to wonder inside the colorful forest filled with numbers. The installation was composed of 10 layers which is the representation of 10 years time. Each layer employed 4 digits to express the relevant year such as 2, 0, 1, and 7 for 2017, which were randomly positioned on the grids. As part of Emmanuelle’s “100 colors” installation series, the layers of time were colored in 100 shades of colors, created a colorful time travel through the forest. 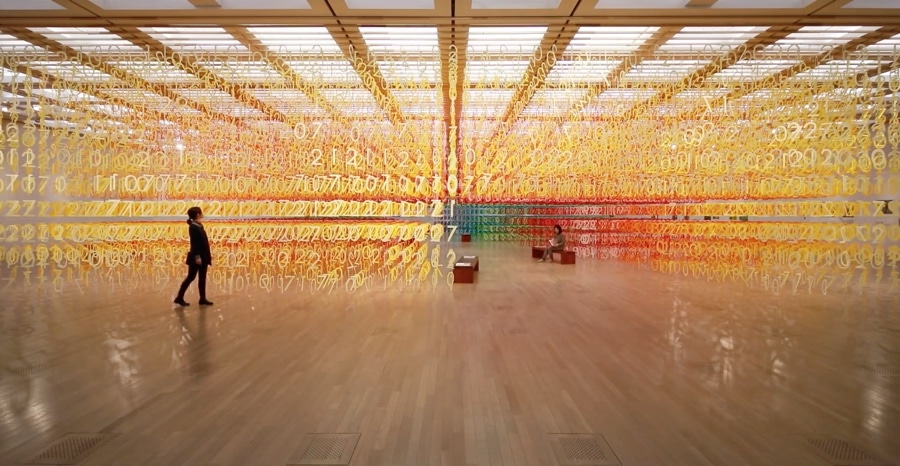 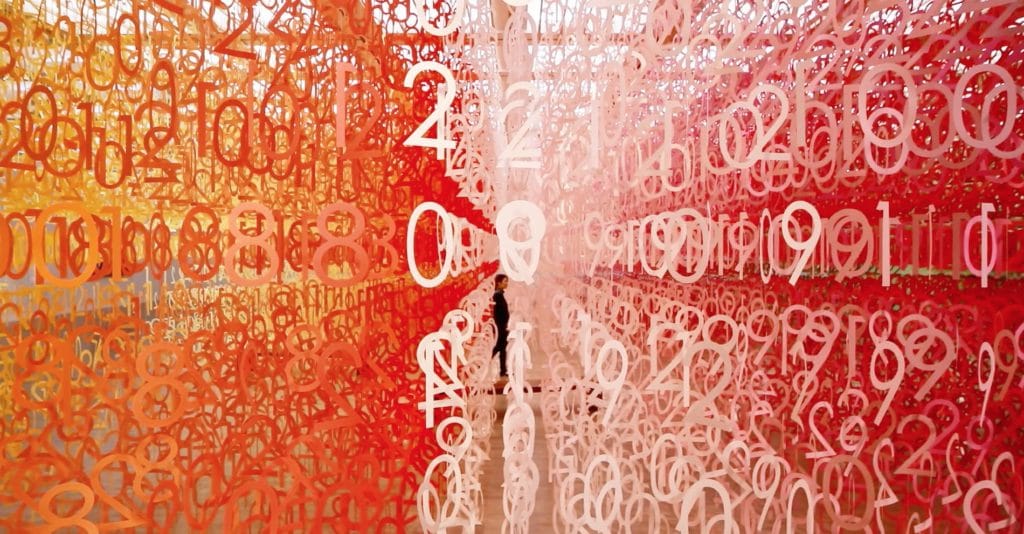 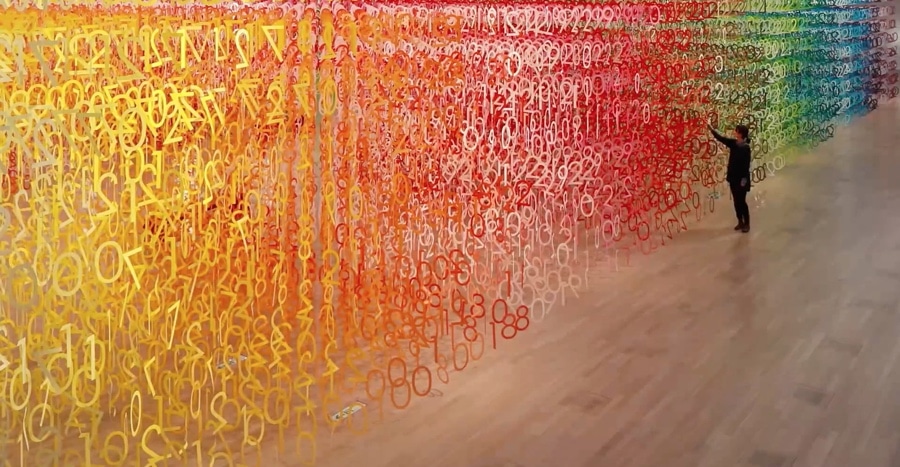 In Color Mixing, the installation shown below, observers are surrounded by 25,200 paper flowers in 100 colors as they spin and flutter. The commission celebrated the centennial of Japan’s NSK bearing manufacturer by using bearings and small fans to aid in its movement. 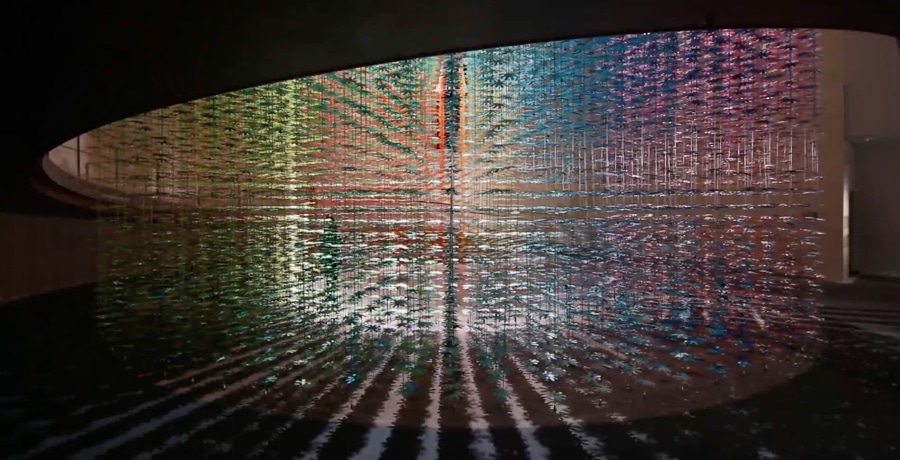 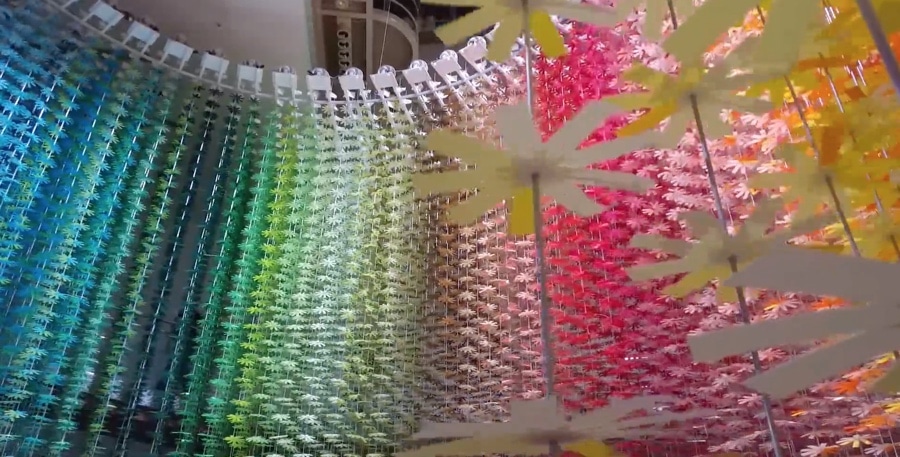 See her newest work, Color of Time, on her site and at Dezeen.

Plus, there are more art installations and more rainbow videos on this site, including Yayoi Kusama’s Obliteration Room, Nowhere and Everywhere at the Same Time, No. 2, Karina Smigla Bobinski’s Ada: The jazz of a helium ball & charcoal, and Bubble Device #4.

The LightLine of Gotham: 3D projection mapping in NYC

The Floating Piers by Christo and Jeanne-Claude

Soap bubble turbulence: Rainbows spin on the surface of a bubble