Filmed on The Ed Sullivan Show on April 16, 1961, Pearl Bailey sings I Can’t Give You Anything But Love. In addition to being a star of stage, screen, and nightclubs around the globe, Bailey was a regular guest and a favorite on Sullivan’s show, appearing 23 times in the show’s 23 years (1948 to 1971). Via EdSullivan.com:

Her charm was so irresistible, she was able to get the usually straight-laced Sullivan to let loose and have a little fun on stage with her.

She also won a Tony for her portrayal of Dolly Gallagher Levi in all-Black production of Hello, Dolly! in 1968, and was an entertainer with the USO for almost 50 years. 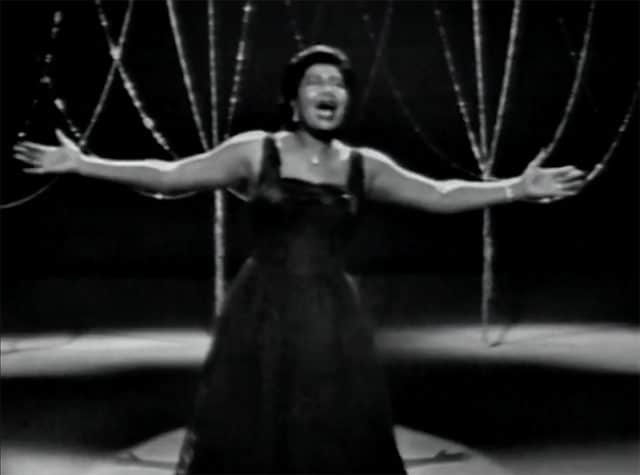 Watch these Sullivan performances next:
• Love Me Or Leave Me performed by Nina Simone
• Billy Preston with Ray Charles: Agent Double O Soul (1967)
• Ella Fitzgerald with Duke Ellington: It Don’t Mean A Thing (1965)

The World’s First Beatboxing Champion in 1938

Love Me Or Leave Me performed by Nina Simone