The Pythagoras Cup, also known as the Tantalus Cup or Greedy Cup, is a physics demonstration, a tool for moderation, and a practical joke. Pour a liquid into the cup beyond the tall bump in the middle and it begins to uncontrollably leak out from the bottom.

Professor Sir Martyn Poliakoff from the University of Nottingham and the Periodic Videos YouTube channel demonstrates how it works with water, with the toxic heavy metal mercury, and with a combination of both. What happens when this dense ‘quicksilver’ liquid is paired with H2O in this unusual cup?

Best known for the Pythagorean theorem, Greek philosopher Pythagoras is credited with the invention of the cup. A description from Wikipedia: 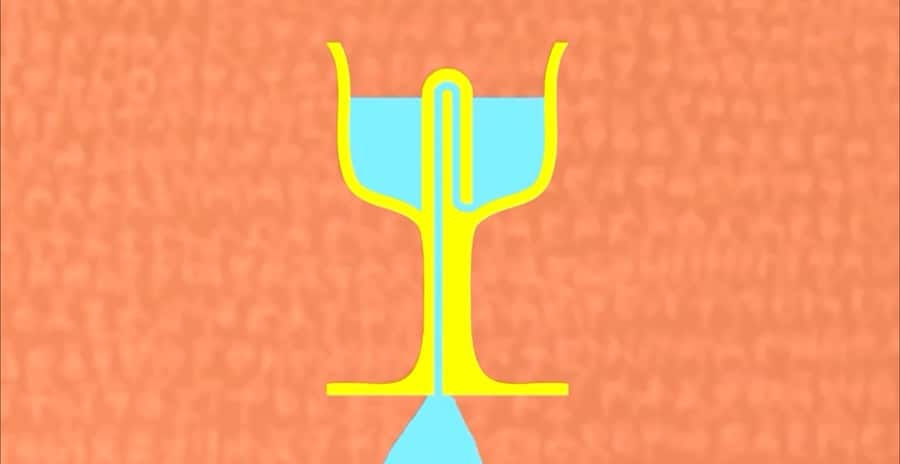 Don’t miss this DIY video: How to make a self-starting siphon.

What happens when you put marshmallows in a vacuum?

The Hidden Complexities of the Simple Match – Science Take

Sugar rainbow in a straw, a density science activity