A robotic spy crab makes its way across Christmas Island

Director John Downer specializes in immersive approaches to filmmaking, creating ‘spy cameras’ hidden in robotic animals to capture insider footage of animal lives up close. In this video from his production company, a robotic crab makes its way across Christmas Island during the annual red crab migration.

The crustaceans are usually on the move sometime between October and December. Via Ocean Conservancy:

“It’s estimated that 40 to 50 million of these crabs participate in the migration each year, braving tough terrain and prowling predators to play their part in establishing the species’ next generation.” 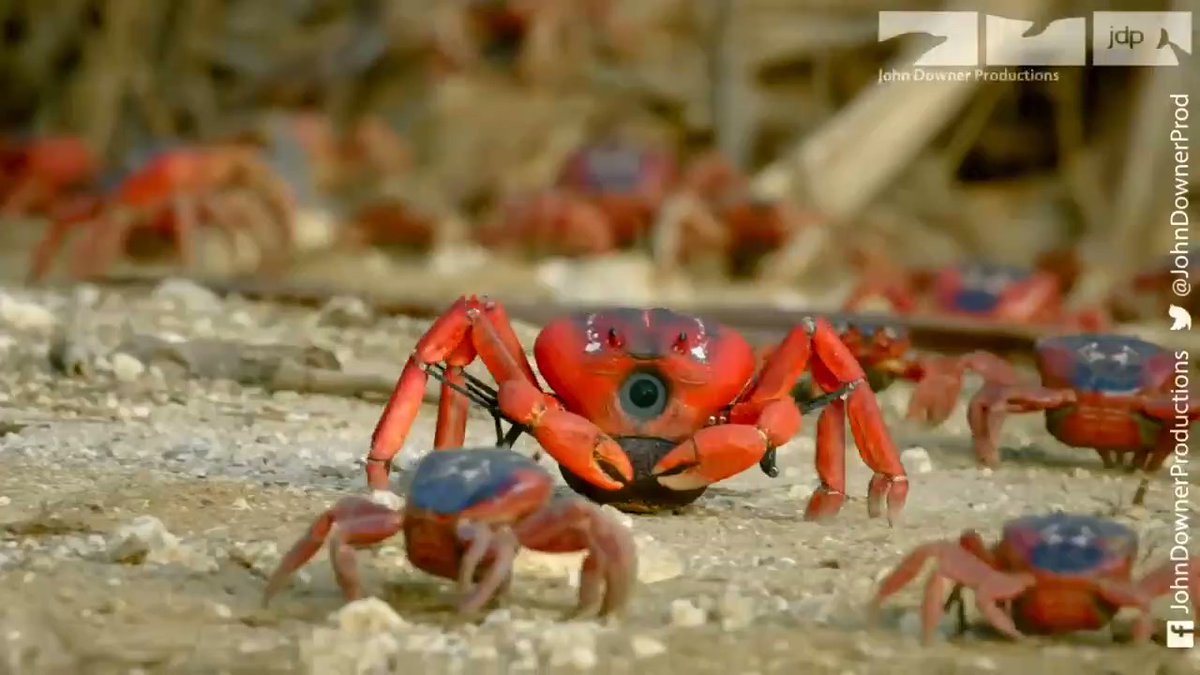 The spy creature video above, narrated by David Tennant, shares their perilous journey across busy roads—a real challenge—but since two-thirds of the island are national parklands, the most populous crab caravans are protected by temporary road closures and wildlife crossings.

More from the Ocean Conservancy:

“About 932 miles northwest of Perth, Australia, a renowned atoll resides: Christmas Island. The region’s namesake traces back to 1643, when an English voyager sailed past it on Christmas Day. Today, nearly two-thirds of this incredibly biodiverse island is protected as a national park. While Christmas Island contains wetland, rainforest and marine ecosystems that host many remarkable creatures, there’s one species that steals the spotlight each year: Gecarcoidea natalis, appropriately nicknamed the Christmas Island red crab…

“Once the migration begins, it will continue for around three weeks until the optimal spawning time when female crabs propel their eggs into the sea.” 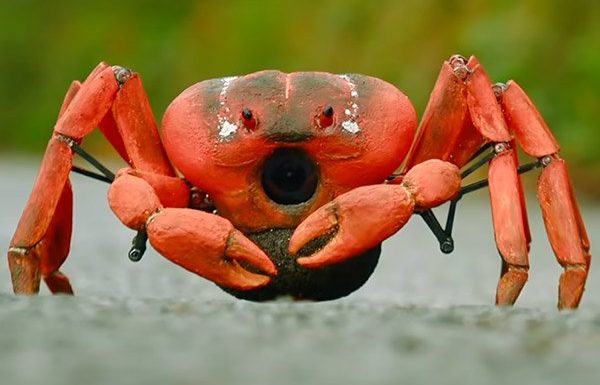 Watch these crab and migration videos next:
• Red crab migration on Christmas Island
• A crab takes a video camera into its hole
• Hermit crabs line up to exchange their shells
• Tadpoles: The Big Little Migration, a film by Maxwel Hohn
• An annual mule deer migration you have to see to believe
• Sand Bubbler Crabs, an up-close look at how they make sand balls

And previously from Downer’s team:
• The animatronic animals of Spy in the Wild
• The Best Bloopers from Penguins – Spy in the Huddle
• Swarming monarchs and a hummingbird spy cam

The secrets of a sidewinder snake on a sandy slope – ScienceTake