The Portuguese Man-of-War Up Close

This incredible video at National Geographic is by retired combat photographer Aaron Ansarov, who photographs the Portuguese man-of-war (and releases them unharmed) when they wash up onto the beaches in Florida.

This looks like a jellyfish, but the Portuguese man-of-war is actually a siphonophore, which means that it’s composed of a colony of individual animals called zooids. Found in the warmer waters of the Pacific, Indian and Atlantic oceans, these creatures drift where the wind takes them, and are known for delivering a painful, venomous sting. 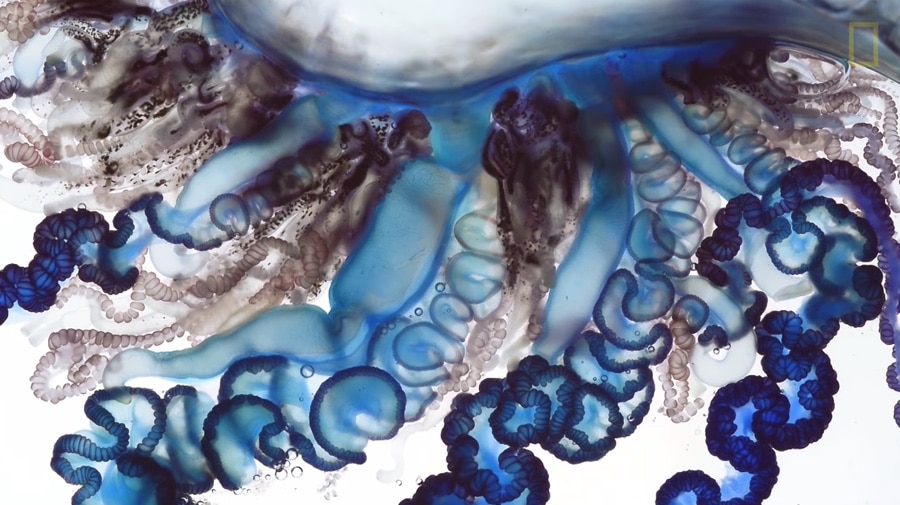 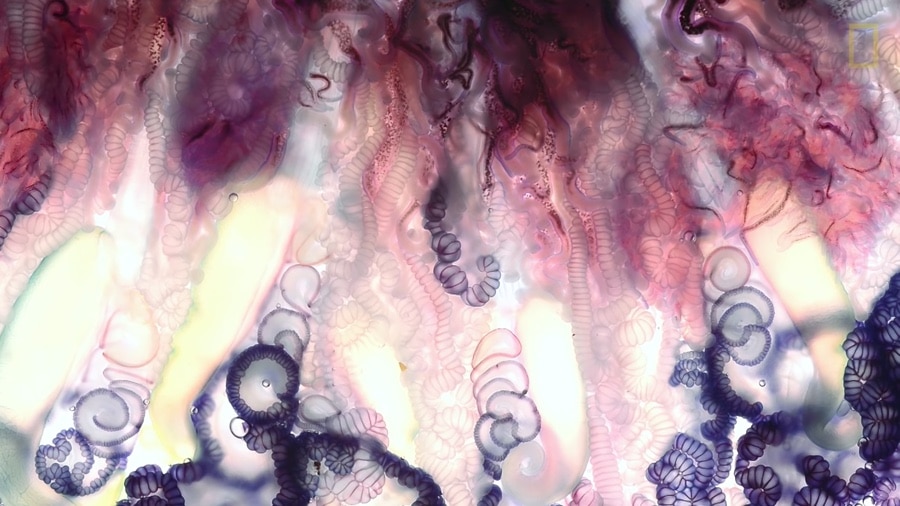 It may be challenging to think of an animal classified by a single species name – Physalia physalis – as being four separate creatures, but such is the strange reality of this squishy thing. The parts are so interdependent that any one can’t survive without the company of the other three. Sort of like how a ship can’t sail properly without all its crewmembers. Except that — in this case — the skipper, first mate and the rest are all tangled together into one gelatinous mass. Allow me to introduce you to the crew:

Polyp 1 – The pneumatophore. The floaty part that sticks out from the water. It is for this gas-filled bladder that the collective organism is named, as it looks a bit like the old warship with lofty sails.

Polyp 2 – The dactylozooids. These are the infamous stinging tentacles. They average about 30 feet (9 meters) in length but can be as long as 165 feet (50 meters).

Polyp 3 – The gastrozooids. These guys are in charge of digestion. They are a cluster of bag-like stomachs found underneath the floaty polyp.

Visit Feature Shoot for a stunning feature on Ansarov’s work: 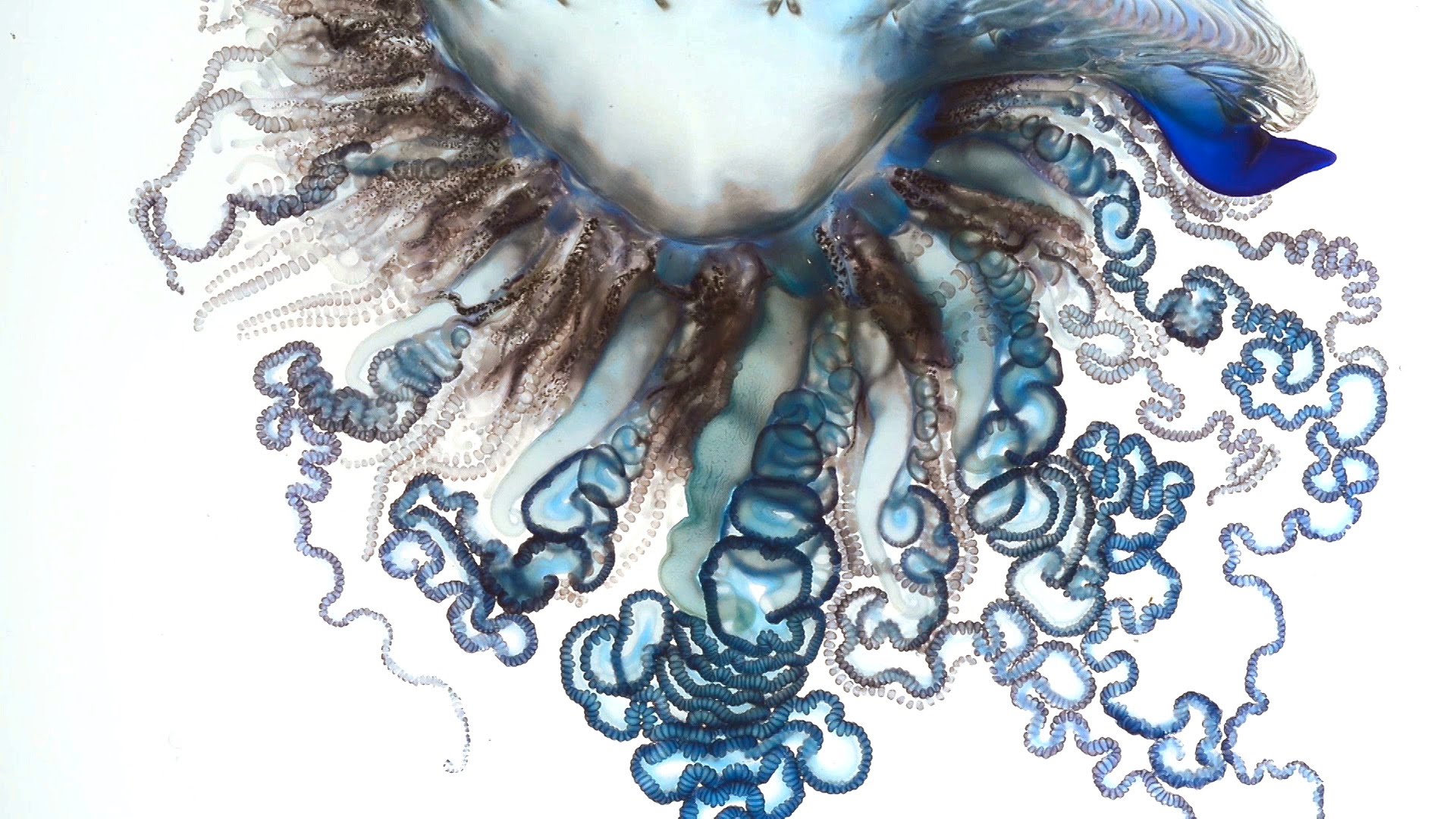 Related watching on this site: There’s no such thing as a jellyfish.