What’s happening in this simple yet perception-bending video demonstration of mathematician Kokichi Sugihara‘s Best Illusion of the Year for 2020?

The Meiji University engineering professor won the annual honor (again) with his 3D Schröder Staircase, shown above. Like the 2D version of Schroeder’s Stairs, which looks the same when it’s right-side-up and upside-down, Sugihara’s 3D version looks the same from the front and the back, appearing to descend each time it’s turned.

“The present 3D object consists of the original Schroeder Staircase picture and real 3D side walls and support columns. It also has two interpretation, both of which are staircases seen from above and switch from one to the other when we rotate the object by 180 degrees around the vertical axis. The second interpretation can also be perceived if we reflect the object by a mirror placed behind the object” 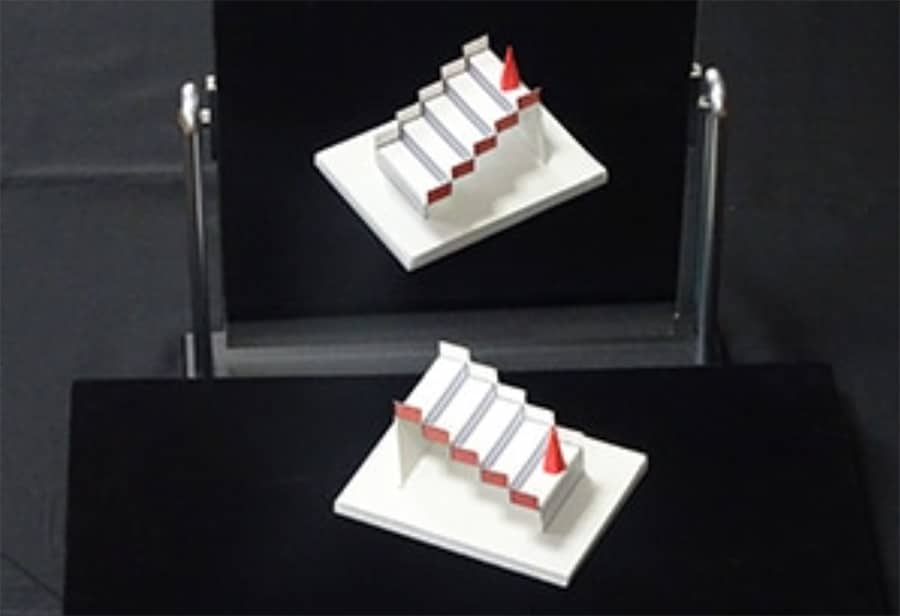 Make your own 3D version with this free pdf diagram on Sugihara’s site. We recommend using a card stock, poster board, or another stiff medium to achieve the illusion. 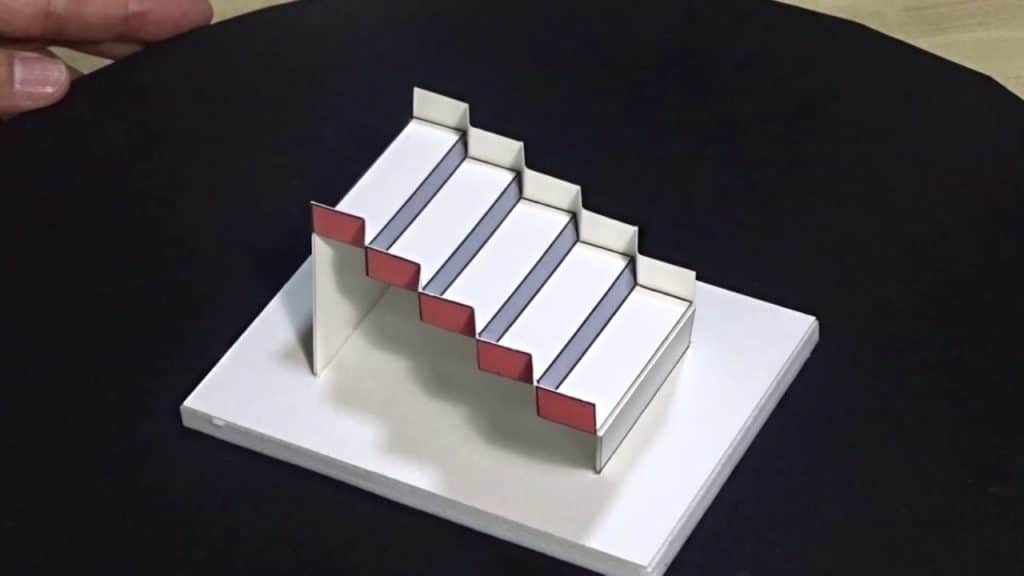 Bonus: How to draw a Penrose Rectangle & other impossible objects.

The mathematics of sidewalk illusions

Quirkology’s 10 Amazing Optical Illusions (and how to make them)

Preposterous – A short about absurdity