“As each exoplanet is discovered, a circle appears at its position in the sky. The size of the circle indicates the relative size of the planet’s orbit and the color indicates which planet detection method was used to discover it. The music is created by playing a note for each newly discovered world. The pitch of the note indicates the relative orbital period of the planet. Planets that take a longer time to orbit their stars are heard as lower notes, while planets that orbit more quickly are heard as higher notes.” 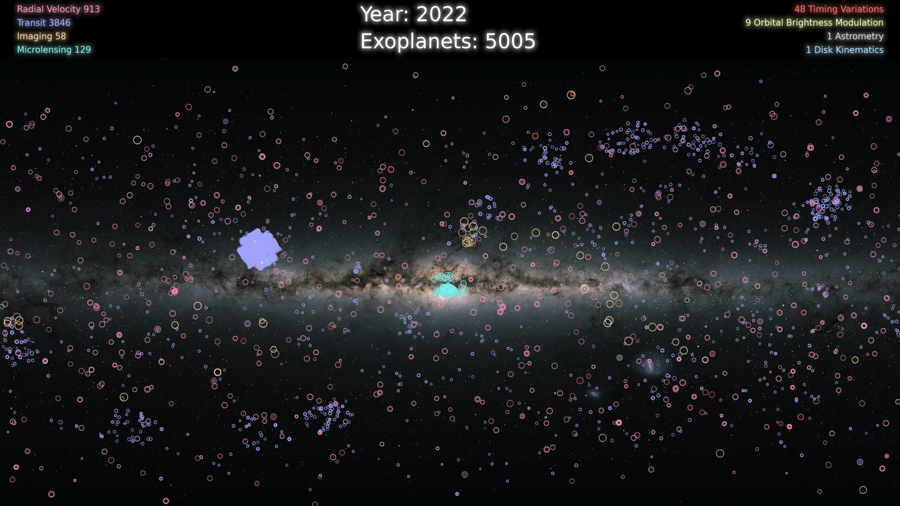 Watch this next: How can we know anything about distant exoplanets?

Then explore more exoplanet and data visualization videos:
• What have we found while looking for another Earth?
• Unendurable line – Design Ah!
• Mapping whale songs in the South Pacific
• What climate change sounds like from the Amazon to the Arctic