Watch a cucumber plant grow with the help of time lapse footage, but specifically, take a look at the helical coiling of those plant tendrils. This tendril coil movement was confounding to scientists for generations until physicist Sharon Gerbode in Harvey Mudd College, biologist Joshua Puzey at Harvard, and their colleagues published their study of this phenomenon in the journal, Science.

From 2012, this is Science Friday’s Unwinding the Cucumber Tendril Mystery. More from Flora Lichtman:

…just for a little anatomy, a little review of that. The cucumber has the plant part, but then it also has these climbing appendages. And when it’s growing, it sorts of swings them around, grabs on to a support. And when it does that, something changes in that tendril, and it starts to curl… Why does that cucumber tendril curl? And, you know, you might be thinking, well, whatever. But Charles Darwin was interested in this question…

if you speed up time, they’re really moving a lot. And so what the researchers did was watched them in time-lapse. They dissected them, and they even built – I think this is probably my favorite part – maybe the first ever prosthetic tendril – not meant for transplant, but to understand how they work. And they figured out that, actually, what’s happening is that the internal structure of the tendril changes when that tendril grasps on to a support. 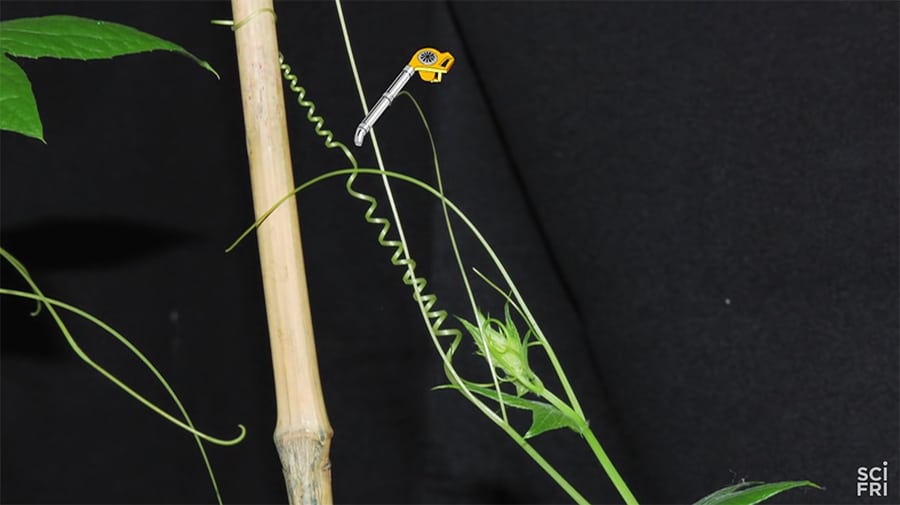 In the archives, more of nature’s wonders:
• The wild plants of Japan
• Growing radish seeds
• Growing wheat grass
• How do trees survive winter?