A colossal ant hill—it’s reported to have been an abandoned colony of grass-cutter ants—is pumped full of ten tons of concrete for three days. After the concrete dried, the dirt around it was excavated by scientists over a series of weeks, illuminating the nest’s incredible subterranean structure. These tunnels had been cleared of forty tons of dirt by ants. Their secret megalopolis was revealed. 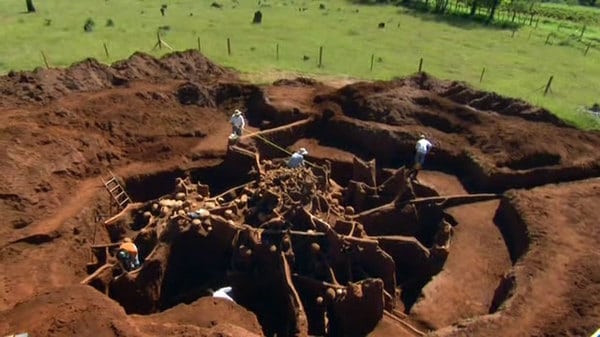 There are subterranean highways connecting the main chambers and off the main routes are side roads. The paths branch and lead to many fungus gardens and rubbish pits. The tunnels are designed to ensure good ventilation and provide the shortest transport routes. Everything looks like it has been designed by an architect a single mind but of course, that isn’t true. This colossal and complex city was created by the collective will of the ant colony, the superorganism.

This clip is from Ants: Nature’s Secret Power. 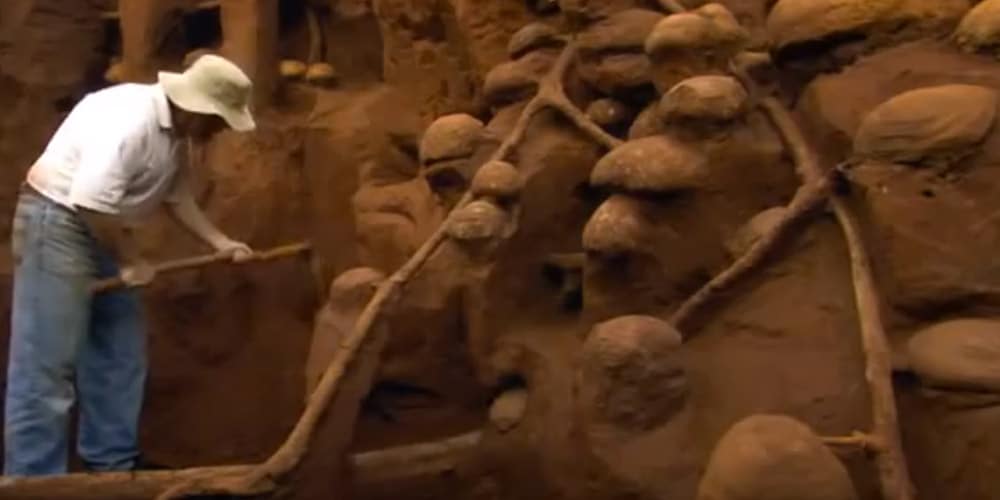