Waves by Daniel Palacios is a great example of where art and science can come together in a way that makes a huge impression. Made of two turbines and a piece of rope, the kinetic sculpture not only visualizes a harmonic series or sine-waves, but it also reacts and changes in the presence of people around it. 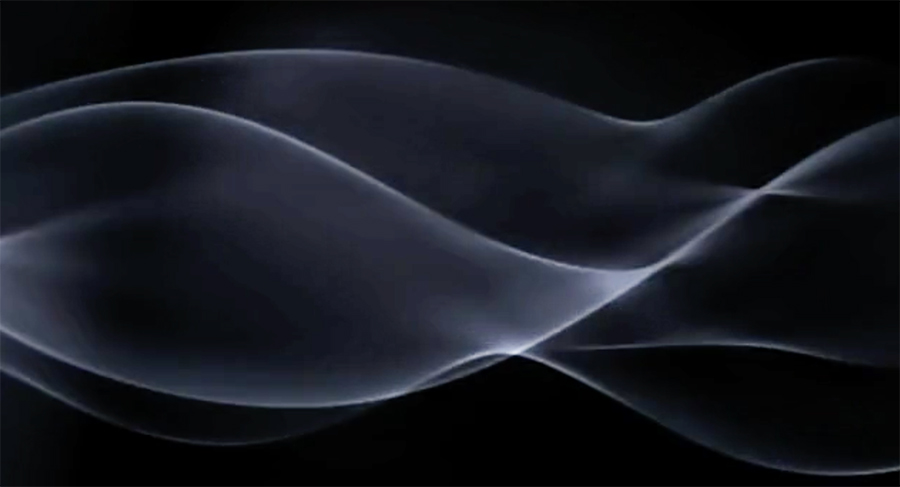 A long piece of rope represents three dimensionally a series of waves floating in space, as well as producing sounds from the physical action of their movement: the rope which creates the volume also simultaneously creates the sound by cutting through the air, making up a single element.

Depending on how we may act in front of it, according to the number of observers and their movements, it will pass from a steady line without sound to chaotic shapes of irregular sounds (the more movement there is around the installation) through the different phases of sinusoidal waves and harmonic sounds. 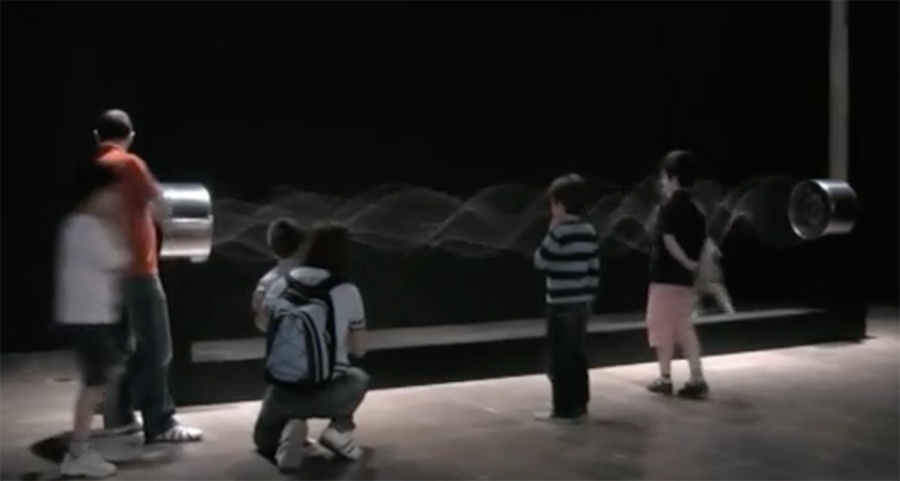 Beautiful stuff. Waves will be at the LABoral Centro de Arte y Creación Industrial in Gijón, Spain until June 25th.

The Physics Behind a Curveball: The Magnus Effect