The Chaotic Waterwheel is a chaotic motion demonstration, complete with leaky buckets that add to its unpredictable behavior. This water wheel was built and filmed by the Harvard Natural Sciences Lecture Demonstrations YouTube channel team. They explain:

In nature, chaotic behavior readily occurs in turbulent flows and in large-scale weather patterns, but scaling these systems to a laboratory or classroom setting is far from trivial. The idea of building a waterwheel as a discrete, mechanical example of a chaotic system was proposed and realized by Willem Malkus, Louis Howard, and Ruby Krishnamurti in the early 1970s. According to Edward Lorenz, their original design “was a precision instrument, suitable for controlled laboratory experiments.” Our design is simpler and geared more towards pedagogical impact than experimental fidelity, but we think you will find it charming and instructive nonetheless. 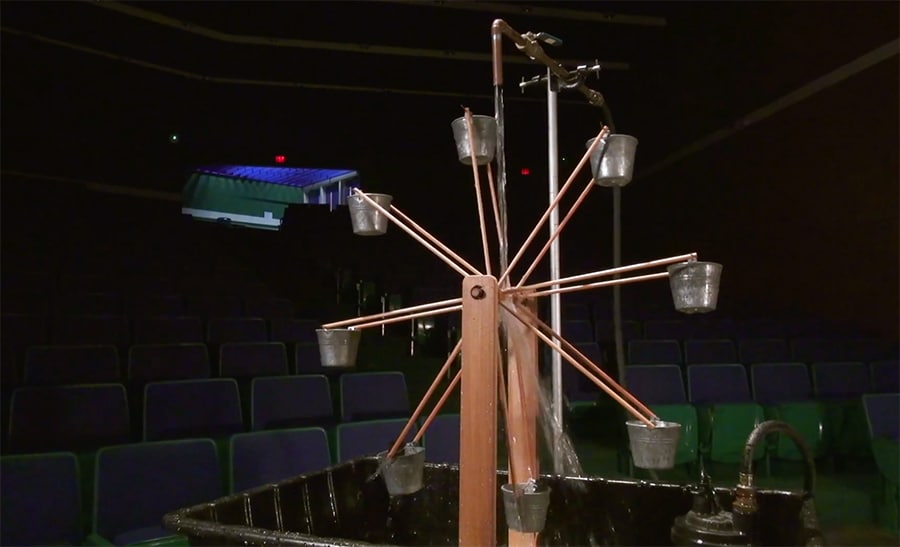 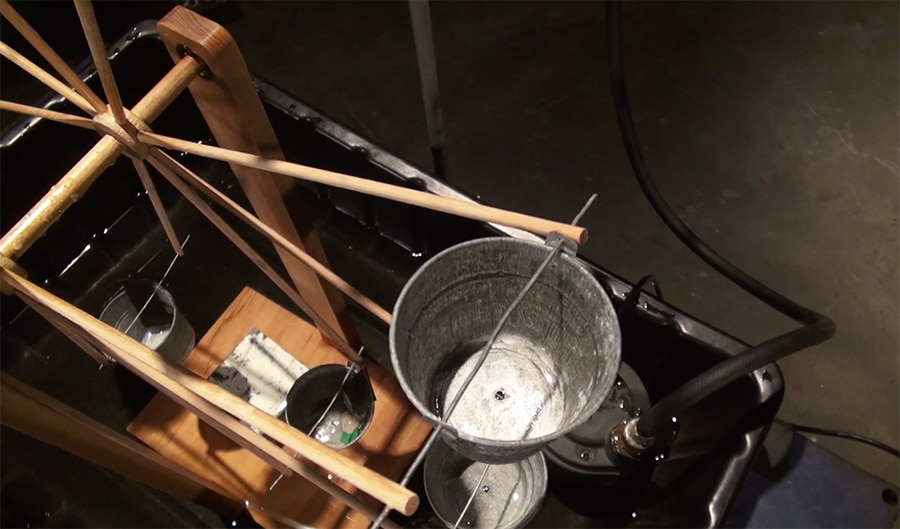 The contraption is made from wood, a sump pump, a faucet with a ball valve, citronella candle holders with holes drilled in their bottoms, and a concrete mixing tub to contain it. More about the demo from Harvard.edu:

A curious mode of motion soon becomes apparent. After several seconds of the wheel spinning steadily in one direction, it may suddenly speed up; it may slow down and start to rotate in the opposite direction; it may sometimes oscillate between clockwise and counterclockwise rotation; it may go through periods when motion in either direction is barely noticeable. Whatever the state of motion, it never survives for long. The motion is clearly non-periodic and unpredictable. (On the other hand, it is not random either, since the motion evolves continuously through certain states, determined at each instant by the physical state immediately preceding it.)

Another puzzling feature of our water wheel is observed when we pause the pump and allow all the buckets to drain completely. With the wheel in very nearly the same angular orientation as before, we resume the water flow. What we find is that, over the course of a minute or two, the complete motion of the wheel will be dramatically different than during the previous run. 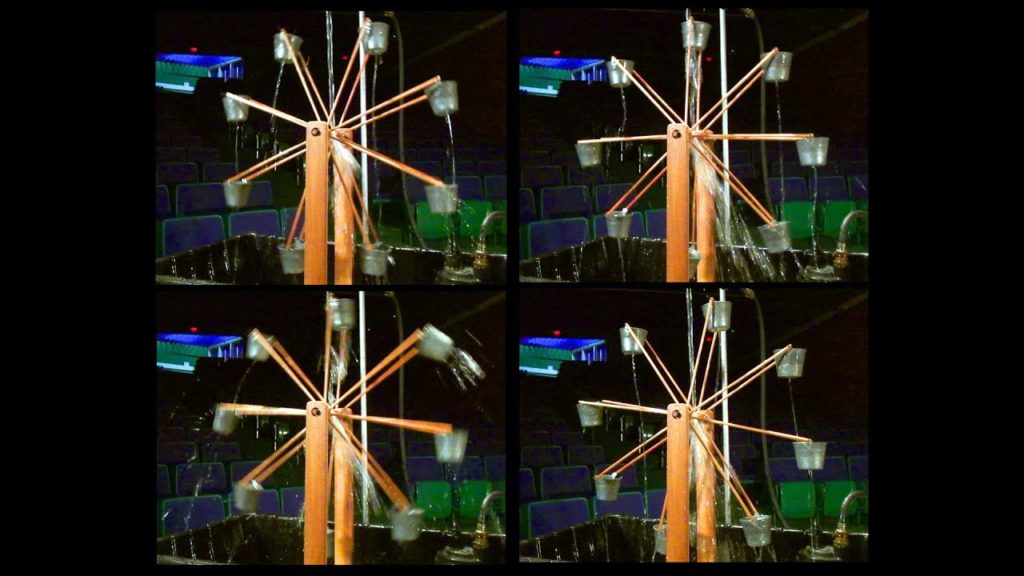 Watch these Harvard demonstrations next:
• Rotating Saddle, a physics demonstration
• Demonstrations of the Coanda Effect
• The Meissner Effect: How to levitate a neodymium magnet

The physics & engineering of windmills in The Netherlands

The Meissner Effect: How to levitate a neodymium magnet

How does a watermill work? From grain to flour with water power