The effects of climate change can be hard to see – but in Florida there is a clear visual marker: the mangrove. As freezing cold weather in some parts of the state become less common, this tropical plant has been taking root –and further north of its usual range.

It’s a transition that scientists are closely following and a climate change story where there may actually be some positive side effects.

Halophytes, mangroves have the ability to thrive with their roots in salty water and soil. This, combined with their need for a warmer climate with no severe cold snaps, means that the three species of native trees—the red, black, and white mangroves—may begin to provide underwater shelter and effective sea barriers in places where they couldn’t 30 years ago. As this PBS NewsHour report explains, “a 2017 study found that about 5.5 feet of mangroves can reduce wave height by about 90 percent. By comparison, it takes 57 feet of salt marsh to do the same.”

This mangrove forest model demonstrates their unique power to protect the coastline from waves:

Plus, from the Florida Department of Environmental Protection:

Many animals find shelter either in the roots or branches of mangroves. Mangrove branches are rookeries, or nesting areas, for beautiful coastal birds such as brown pelicans and roseate spoonbills…

People living along the south Florida coasts benefit many ways from mangroves. Mangrove forests protect uplands from storm winds, waves and floods. The amount of protection afforded by mangroves depends upon the width of the forest. A very narrow fringe of mangroves offers limited protection, while a wide fringe can considerably reduce wave and flood damage to landward areas by enabling overflowing water to be absorbed into the expanse of forest. Mangroves can help prevent erosion by stabilizing shorelines with their specialized root systems. Mangroves also filter water and maintain water quality and clarity. 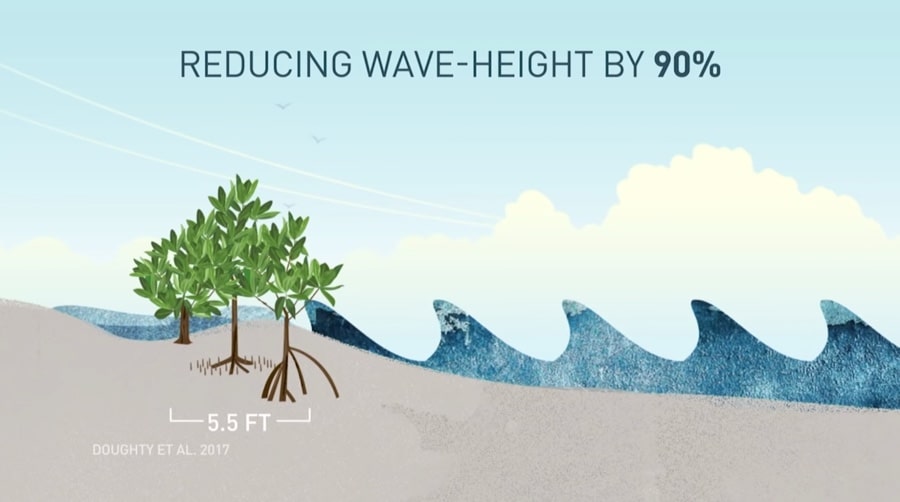 And to top it off, mangroves and other marine and coastal ecosystems capture carbon. It’s called blue carbon, and Conservation.org explains that “it’s important because the release of carbon into the atmosphere is a major driver of climate change, and because blue carbon ecosystems hold a LOT of carbon — a given area of mangrove forest, for example, can store up to 10 times as much carbon as the same area of land-based forest.” 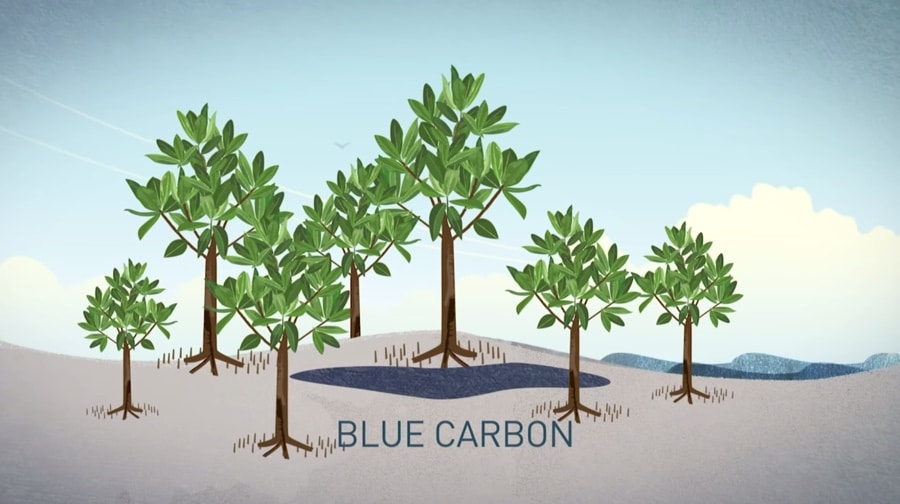 The mangrove’s expansion northward seems like it could be a beneficial side effect of climate change, but as the grassy saltmarshes are displaced, what are the unknown consequences?

Why do we confuse weather and climate?