Tennis is a demanding sport, and the impact forces on the players’ racket arms are intense. How does professional tennis change players’ bodies?

In this BBC Earth Lab video, pro-British tennis player Freya Christie helps demonstrate how “that level of force causes some surprising one-sided changes to the skeleton,” even though tennis players do their best to strengthen both sides. From the video:

“While her body looks symmetrical from the outside, the bones in her racket arm are 20% thicker and contain more bone mineral than her other arm. Her joints act like shock absorbers, taking up the extreme forces her arm experiences repeatedly as she hits her shots. These forces are transferred from muscle, along her tendons, to her arm bones.

“Freya’s skeleton has learned to cope with her intense daily workouts by growing dramatically in order to reduce the risk of breaking.” 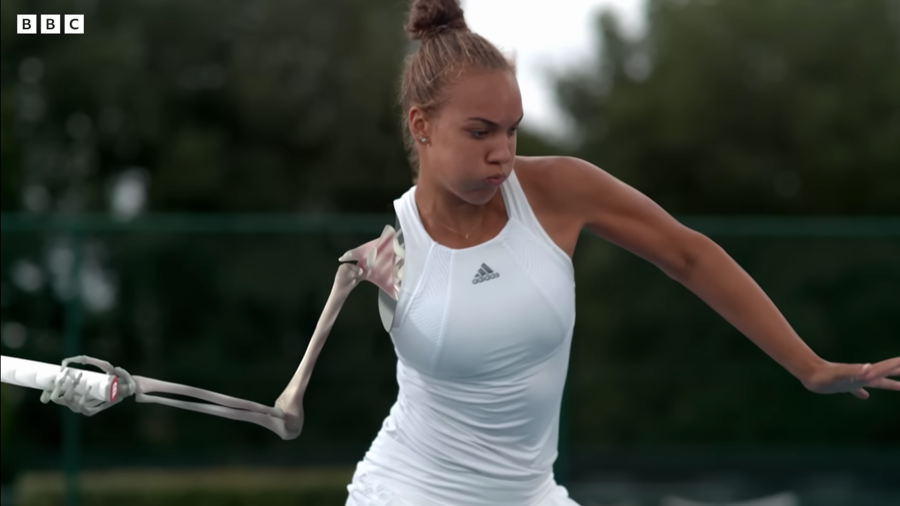 And though we all tend to favor one side of our bodies over the other, “the differences in tennis players are about ten times greater than in non-players.”

The video, a clip from Secrets of the Human Body (2017), visualizes the bones and muscles during play and continues to share how muscle cells are affected, as well.

Watch these related videos next on TKSST:
• A racket flattens a tennis ball at 142 mph in slow motion
• Where Do Teeth Come From?
• You Are Your Microbes
• How does your immune system work?
• How to practice effectively…for just about anything

The Science of Hearing

The Cycle: Carbon and Oxygen and You