Riding through the woodland on a mule

Listen to the clip-clop of hooves on the woodland floor, the squeak of leather from the saddle, and birds singing in the distance, all while watching the back of a mule’s head. This calming seven-minute ride through the woodland on a mule with no name was recorded by Britain’s Sir Jason Kingsley of the Modern History TV.

Despite its name, the YouTube channel specializes in medieval history, sharing what life was like during the Middle Ages, from the 5th to the 15th century. “Jason owns and trains his own horses, fights in medieval armour and tests people’s theories to destruction.” The quiet video above is a more peaceful offering. 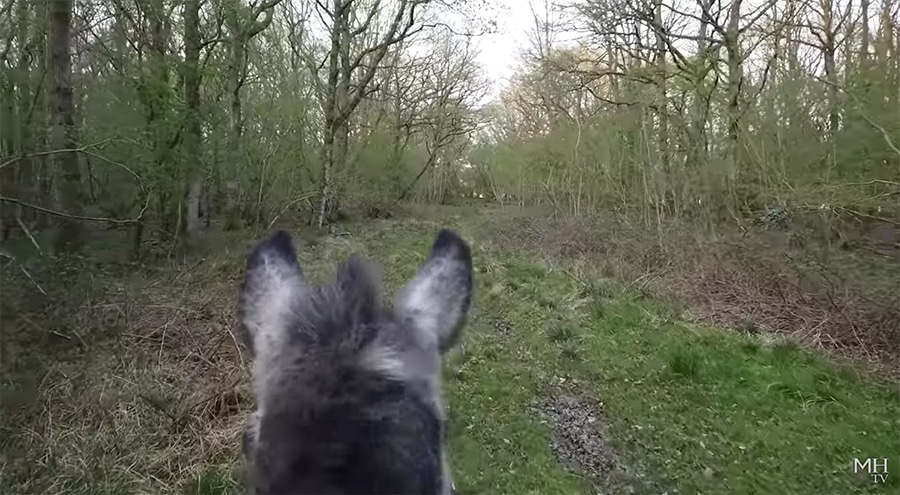 According to other videos on his channel, the mule, a hybrid of a male donkey and a female horse, was an important animal during the Medieval Period. “They were very sure-footed. They could carry weight-for-weight more than an equivalent-size horse, and they’re supposed to be very steady and calm.” Though Kingsley explains that those generalizations don’t apply to every mules’ personality.

Next, go on more real-time video adventures, including:
• Take a ride on an eagle’s back over France’s Rhone-Alpes
• Ride the Sommerrodelbahn Alpine Coaster in Mieders, Austria
• SpaceX’s Grasshopper: “What it feels like to ride a rocket.”

Bonus: Horseback Riding in Yosemite National Park and Hitch a Ride with Reindeer Herders in Finland

This water slide is a tunnel of LED rainbow effects

SpaceX’s Grasshopper: “What it feels like to ride a rocket.”