Scenes from inside a Barred Owl nest

What happens inside the nest of Barred Owls? This Cornell Lab Bird Cam highlights video shares moments from a young family’s breeding season in a pignut hickory tree nesting box. It’s been set up in the back yard of Jim Carpenter, President and CEO of Wild Birds Unlimited, for over a decade. On screen captions describe each scene.

Since the birds aren’t banded, we can’t tell whether this is the same pair as in past years. Although male and female Barred Owls look alike in their plumage, females can be up to a third bigger than males. You can also tell the difference between them by watching their behavior; only the female incubates the eggs and chicks, but the male is responsible for the bulk of the feeding, ferrying prey items to the incubating female, and sharing them with her inside and outside of the box. 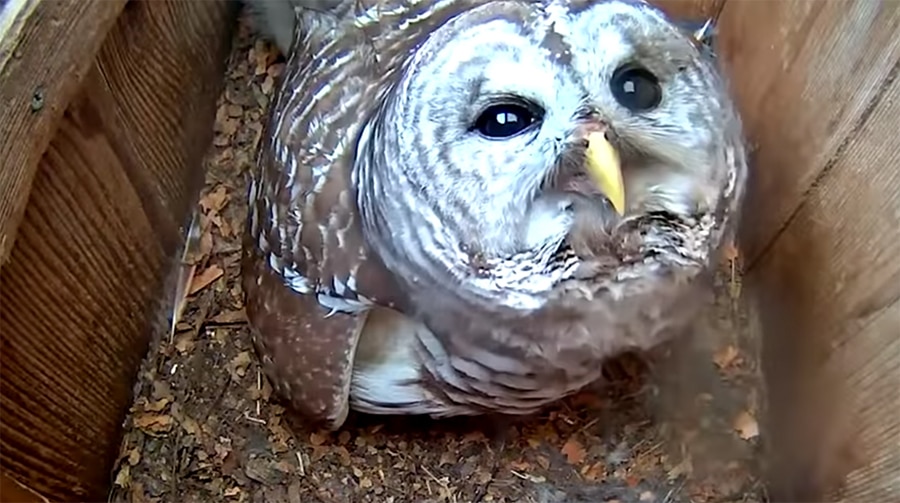 Deceased mice, birds, snakes, and squirrels, food for the growing family, are seen within the owl box over the course of the video. From All About Birds:

They hunt by sitting and waiting on an elevated perch, while scanning all around for prey with their sharp eyes and ears. They may perch over water and drop down to catch fish, or even wade in shallow water in pursuit of fish and crayfish. Though they do most of their hunting right after sunset and during the night, sometimes they feed during the day. Barred Owls may temporarily store their prey in a nest, in the crook of a branch, or at the top of a snag. They swallow small prey whole and large prey in pieces, eating the head first and then the body…

There are also some adorable captures of the owlets as they outgrow the nest in just one month. 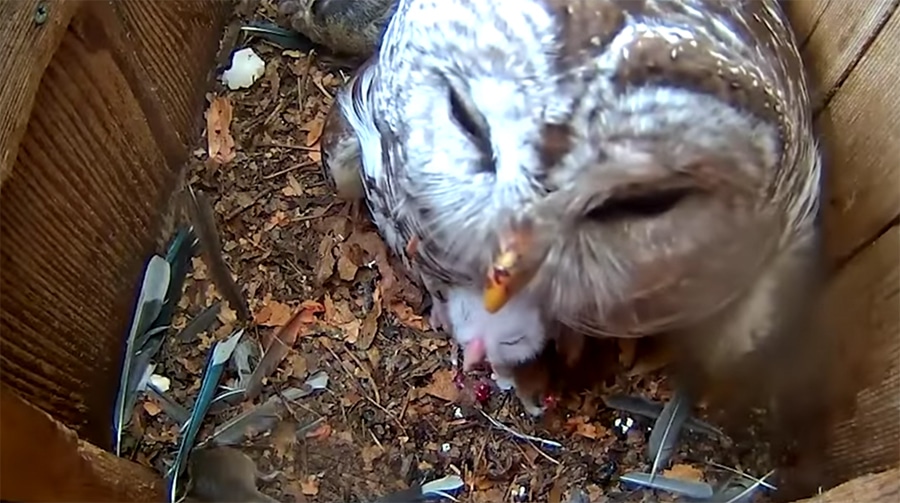 The Barred Owl’s hooting call, “Who cooks for you? Who cooks for you-all?” is a classic sound of old forests and treed swamps. But this attractive owl, with soulful brown eyes and brown-and-white-striped plumage, can also pass completely unnoticed as it flies noiselessly through the dense canopy or snoozes on a tree limb. Originally a bird of the east, during the twentieth century it spread through the Pacific Northwest and southward into California. 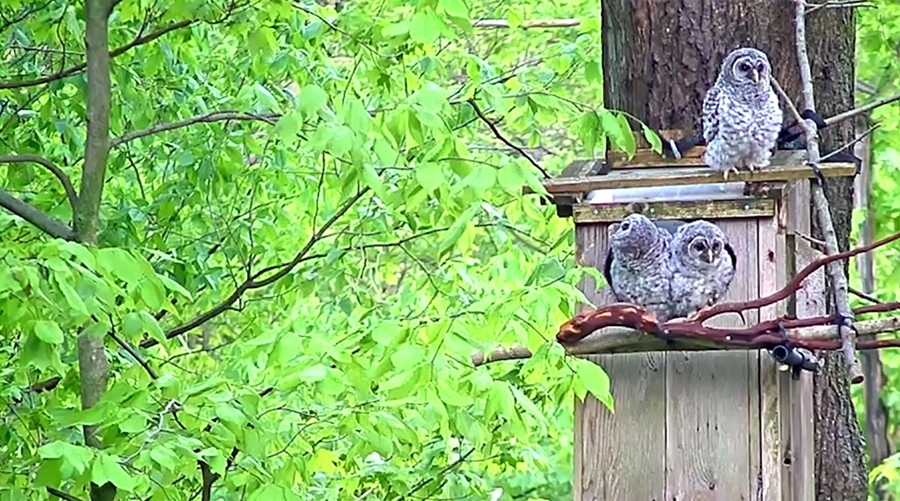 Plus, watch more videos from inside nests, including:
• The Burrowing Owl’s Cozy Underground Home
• Life inside a Purple Martin nest
• Hummingbird hatchlings in their nest with mother Rosie
• Rangers candle the Royal Albatross egg

What happens after a barn owl swallows a rodent whole?