The fire and lava of Jupiter’s Moon Io

Created by its proximity to Jupiter—it’s the closest moon to our solar system’s largest planet—the 400 active volcanoes on Io make it “the most geologically active object in the Solar System.” In this clip from BBC Earth’s The Planets, Professor Brian Cox describes Io’s geologically tumultuous landscape, set to “the most accurate and detailed imagery ever produced.” NASA explains:

On planet Jupiter’s moon Io (“EYE-oh”), the ground itself moves up and down like an elevator taking people to the top and bottom of a 30-story building!

On Earth, we have ocean tides because the moon’s gravity pulls a little harder on the side closer to the moon than the side farther from the moon. On Io, the gravity of Jupiter and Jupiter’s other large moons yank on Io every which way. Although there are no oceans on Io, its “solid ground” tides are more than five times as high as the highest ocean tides on Earth!

Actually, Earth has solid ground tides too, but they amount to less than 20 centimeters (about 8 inches).

The series mixes Earth-based video and computer-generated visualizations to help us imagine what it’s like: 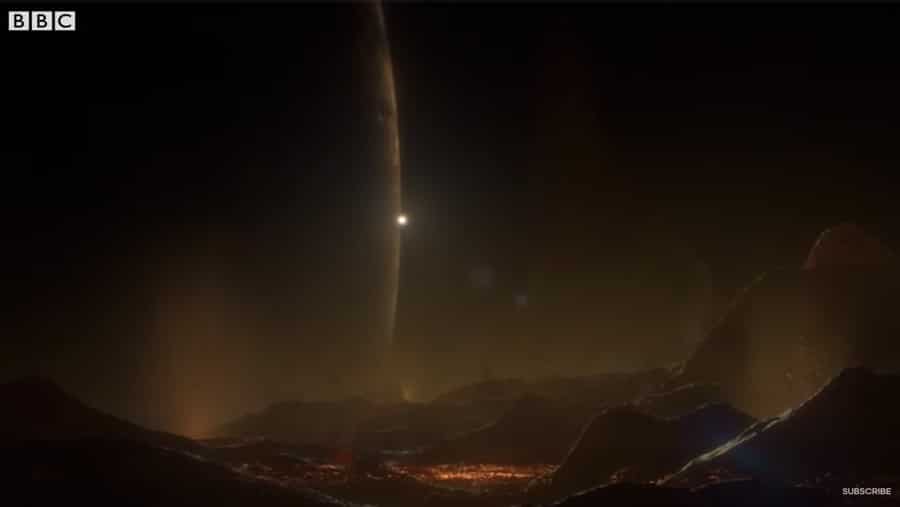 All this bending causes heat to build up inside Io. Io gets so hot inside that some of the material inside melts and boils and tries to escape any way it can. So it blows holes in the surface! That’s what volcanoes are. Some on Io have shot their hot gas plume 300 kilometers (about 200 miles) into space! 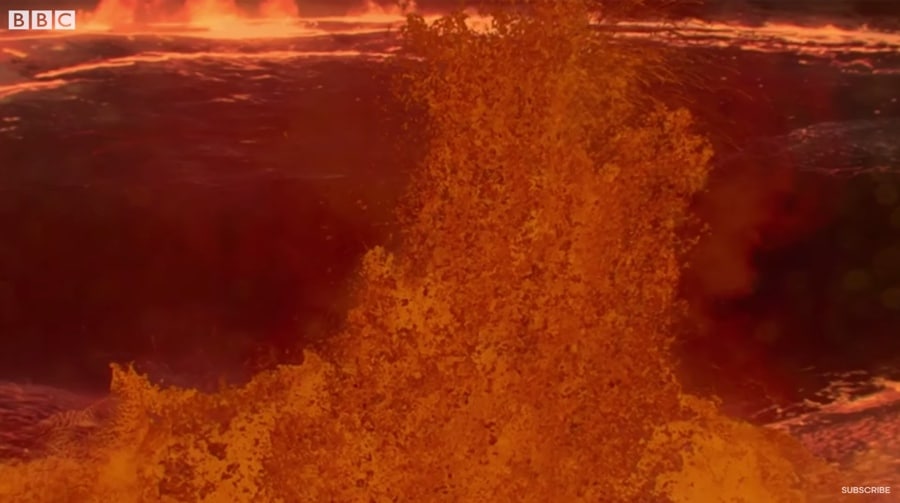 NASA’s Galileo spacecraft, which orbited and studied the Jupiter system from 1995 to 2003, flew closer to Io than any other spacecraft. It revealed gigantic lava flows and lava lakes, and towering, collapsing mountains.

Watch more videos about Jupiter, moons, and volcanoes on TKSST.