The Secret World of Foley

The original 14-minute film was removed. I’ve replaced it with a series of short available clips.

Foley is a fascinating process of using everyday things, and sometimes totally random things, to make sounds that fit with images being shown on screen. From Wikipedia:

“The best Foley art is so well integrated into a film that it goes unnoticed by the audience. It helps to create a sense of reality within a scene. Without these crucial background noises, movies feel unnaturally quiet and uncomfortable.”

“Foley artists recreate the realistic ambient sounds that the film portrays. The props and sets of a film often do not react the same way acoustically as their real life counterparts. Foley sounds are used to enhance the auditory experience of the movie. Foley can also be used to cover up unwanted sounds captured on the set of a movie during filming, such as overflying airplanes or passing traffic.” 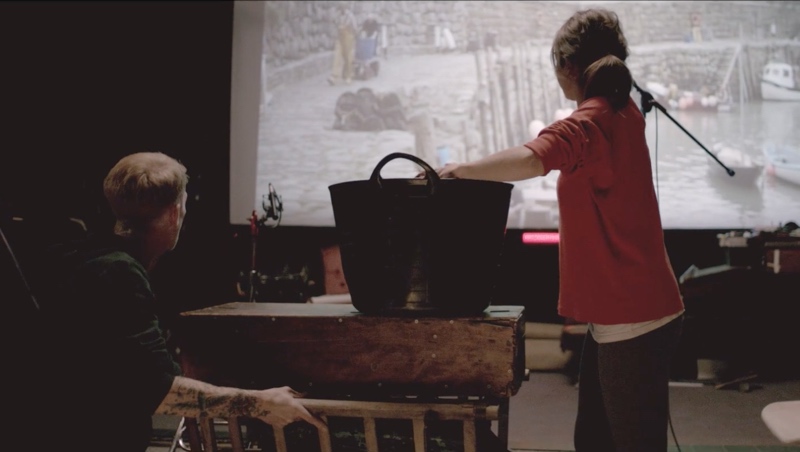 Watch award-winning foley artists Sue Harding and Pete Burgis as they showcase what it takes to make realistic sounds for a short film in The Secret World of Foley by Third Man Films.

In case you missed it: The art of sound design for a scene from Zootopia.

Also: What’s that, Buzz? Sounds of the Hardware Store.

What sound effects can you make at the hardware store?

The art of sound design: How to be a Foley artist

The Andrews Sisters – Boogie Woogie Bugle Boy Of Company B

Singin’ in the Rain (without singing) – Musicless Musicvideo