The Tenant (O Inquilino): The journey of a soap bubble

Consider the tender experience of a soap bubble. A thin film made with layers of soap and water molecules, this iridescent sphere leads a short life. A bubble is always about to pop.

…unless the bubble has some exploring to do. The Tenant (O Inquilino), the 2010 short film by Brazilian artists Rivane Neuenschwander and Cao Guimarães, follows a soap bubble as it floats through the empty rooms of a building under renovation.

Shown in museums and galleries around the globe, the film is shared online by Stephen Friedman Gallery. 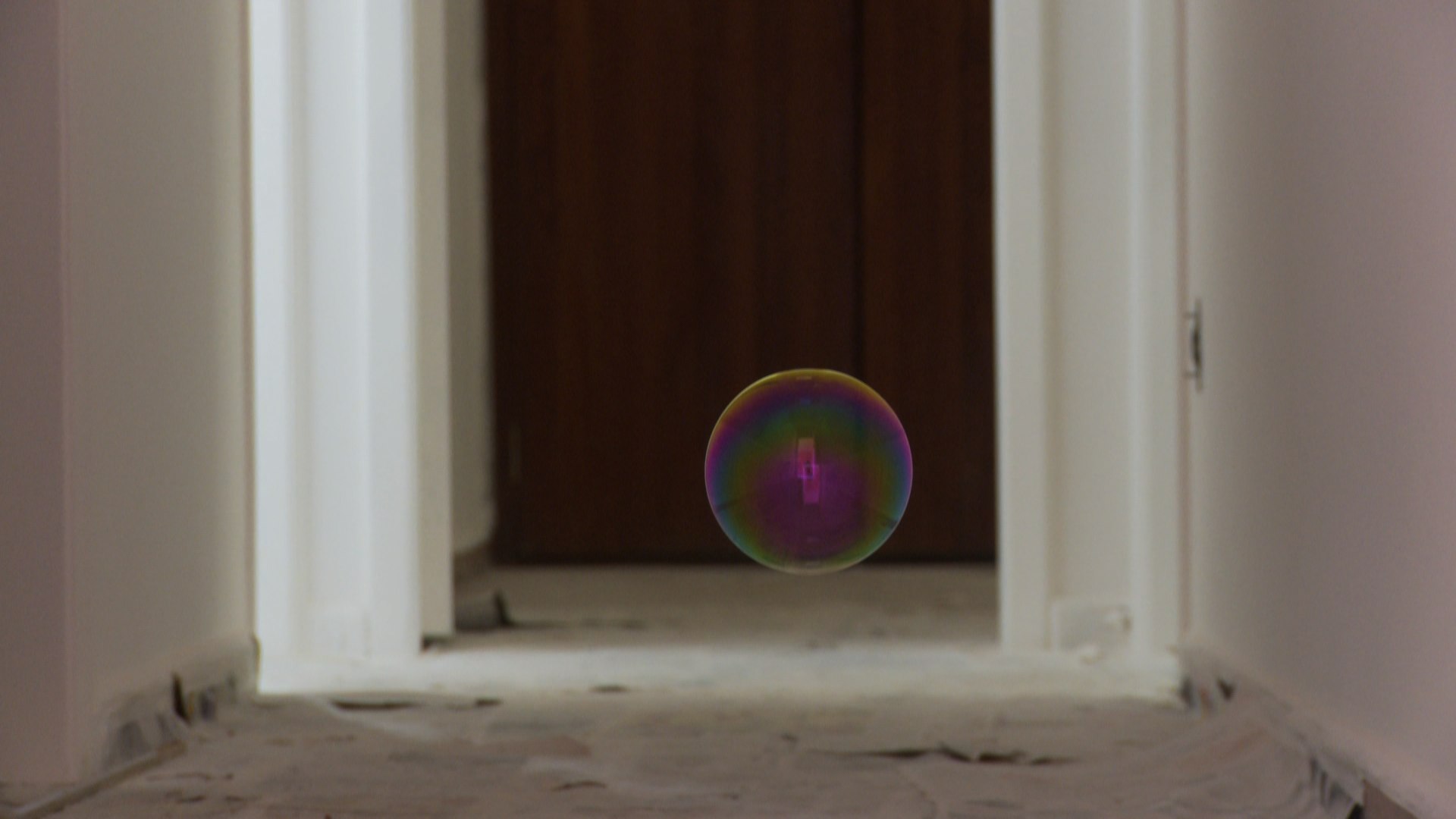 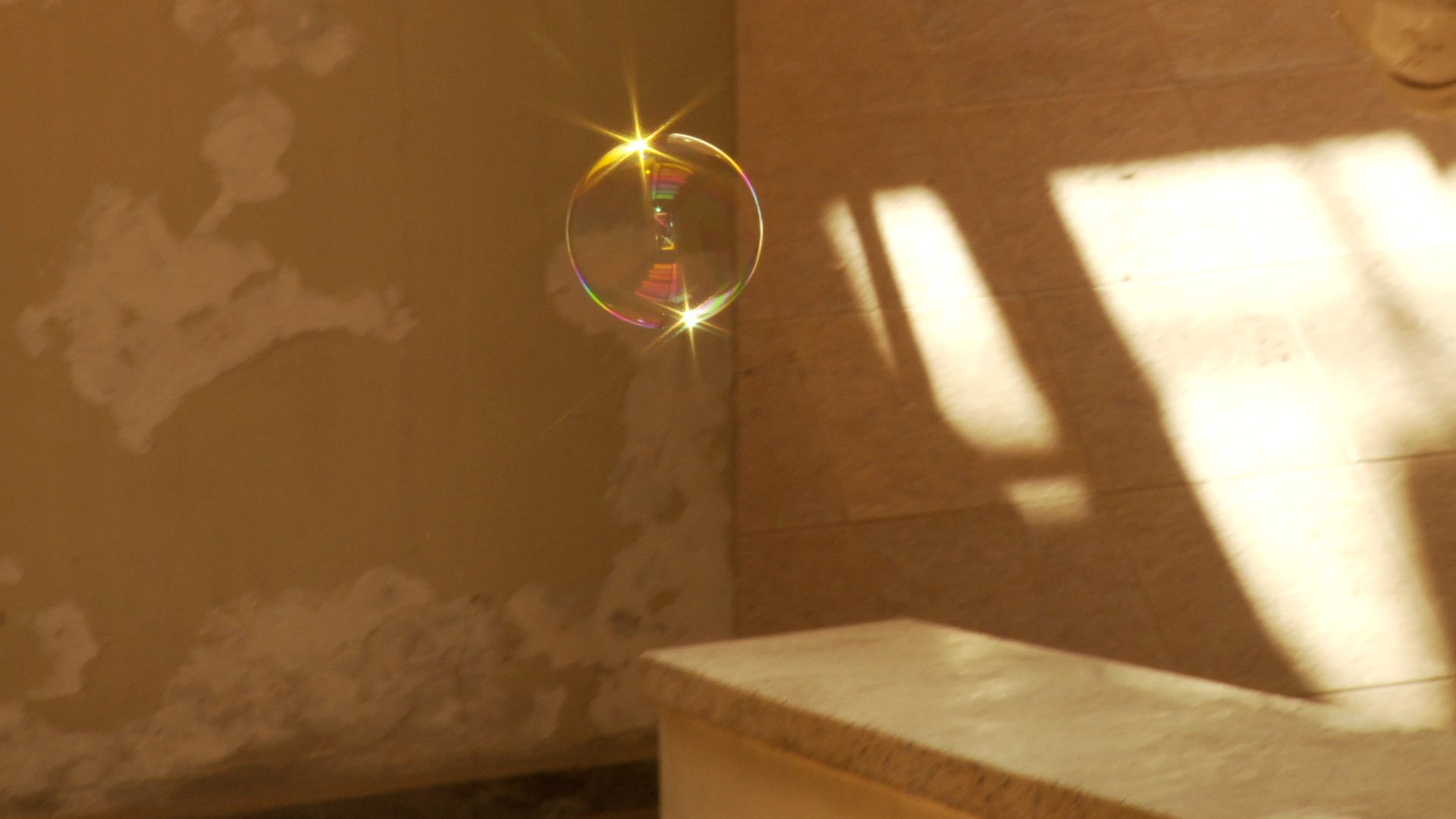 Music and sound effects accompany the bubble on its journey. Moving locks, door squeaks, whistles, footsteps, echoes, high pitched vibrations. How does the film’s sound make you feel? What is the bubble doing? Do you expect it to pop or is the bubble somehow protected from the laws of physics?

Every room might feel like the bubble’s last—it bumps about and seems like it may lose its buoyancy here or there—yet it continues to drift through the rooms “in a permanent state of suspension. The soundtrack by Brazilian duo O Grivo consists of the sounds of an empty house, a human presence, and synthesizers.” 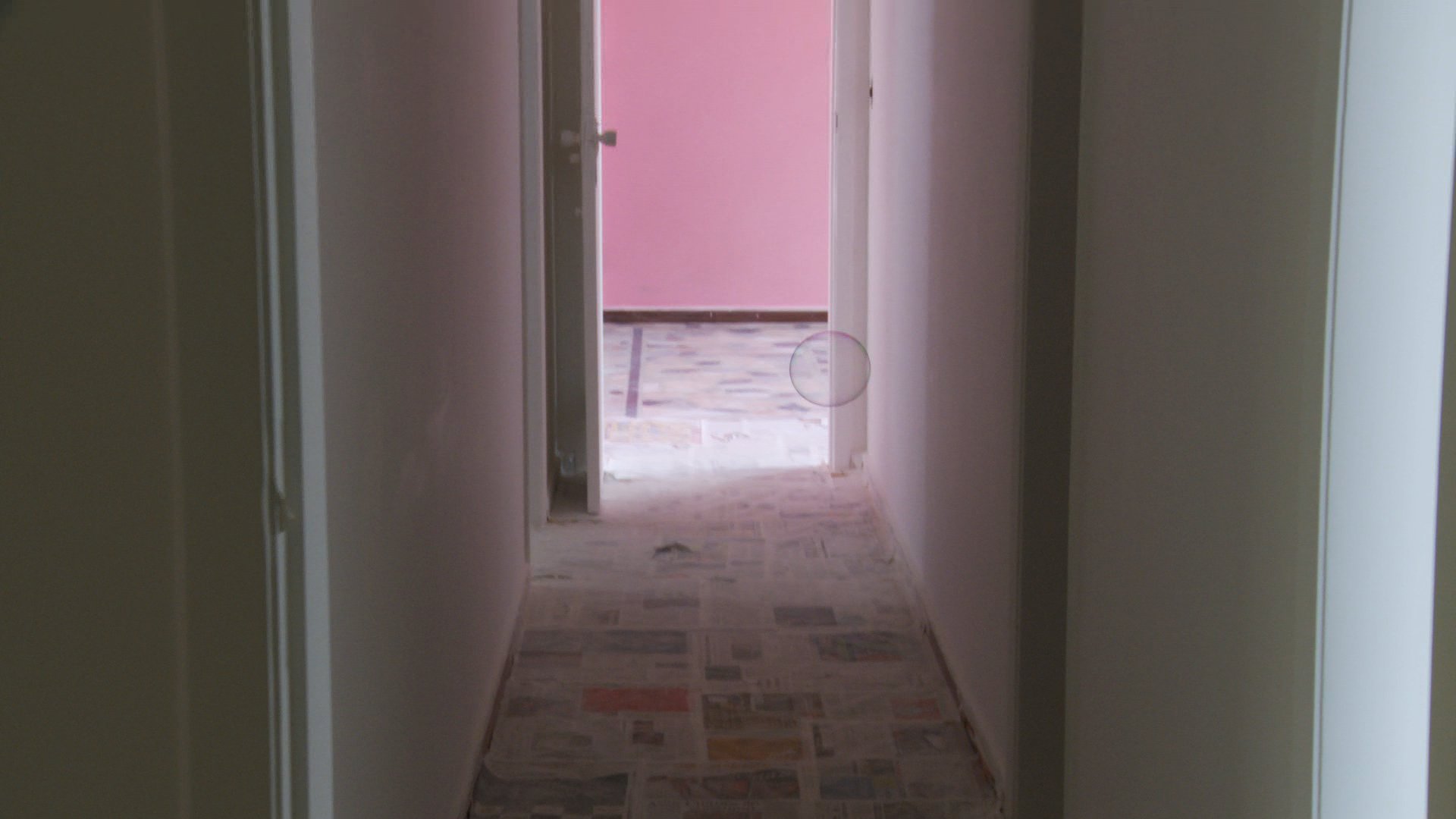 Watch more videos about bubbles and these hand-picked short films on TKSST:
• Nest No. 2 by Yukihiro Taguchi
• The Waterphone, an inharmonic, otherworldly instrument
• Music for One Apartment and Six Drummers (2001)
• Détour, an iPhone film by Michel Gondry