How do you visually describe a piece of art? Describe the materials, the colors, the measurements, the textures, and the relationships. Then share some background on how it was made. The Tate does all of this in an audio description of White and Yellow, a 1935 abstract artwork by British Constructivist artist Marlow Moss. 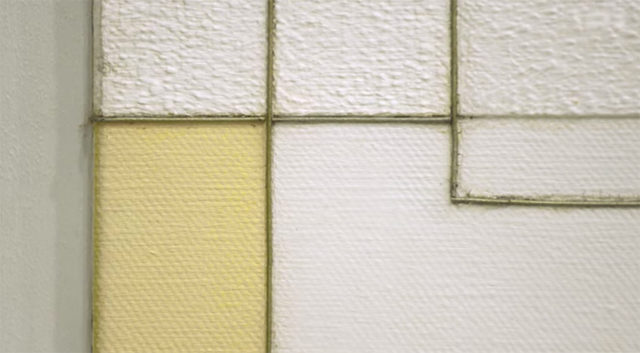 Basing their work on mathematical systems and proportions, Moss was one of the non-figurative artists who were influenced by the groundbreaking science and technologies of the 1920s and 30s. From The Tate:

The arrival of sub-microscopic and atomic science led some artists to look inward to the structure of their art; if life itself was subject to knowable patterns, then so must art be. Advances in technology, and access to it, opened up a new range of materials and mediums… 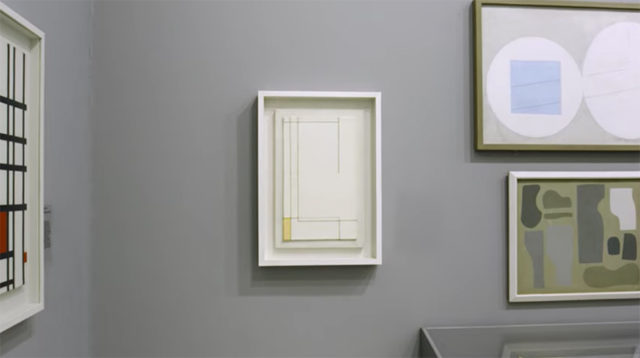 Moss is not yet as well known as their peers; much of Moss’ work was destroyed during the Second World War and, having explored similar geometric themes, their surviving paintings are sometimes confused with other artists’ compositions. More from this excellent introduction to Moss from Tate Kids:

“But what are paintings full of squares actually about?

“Loads of things! The universe. Humans. Machines. And nature! Marlow was less interested in art that looked pretty, and more interested in exploring the shapes and movements that make up what seems real to us. Because when you think about it, maths, shapes and lines are everywhere in nature! From the patterns inside crystals or snowflakes, to a spider’s web, or invisible sound waves.

“Marlow seems curious about whether humans are part of the natural world, or outside of it. Perhaps making patterns is something we have in common with nature – with crystals, spiders, and snowflakes! What do you think? Could making art be a good way to explore this question?” 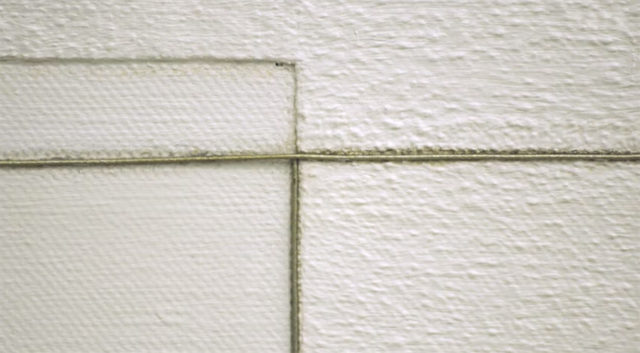 Rachel Jones, a Meet the Artist video from Tate Kids

Marcel Duchamp’s “To Be Looked at (from the Other Side of the Glass) with One Eye, Close to, for Almost an Hour” (1918)