NASA scientist Dr. Moogega Cooper (pronounced Moo-ji-gae) has a very cool job: Planetary Protection Engineer at NASA’s Jet Propulsion Laboratory. In this NOVA PBS video, she explains why her team is so important to space exploration, specifically the exploration of Mars by the Perseverance rover:

“It is our job to make sure that when we send the spacecraft out, that it doesn’t contaminate the native environment that we’re trying to explore.” 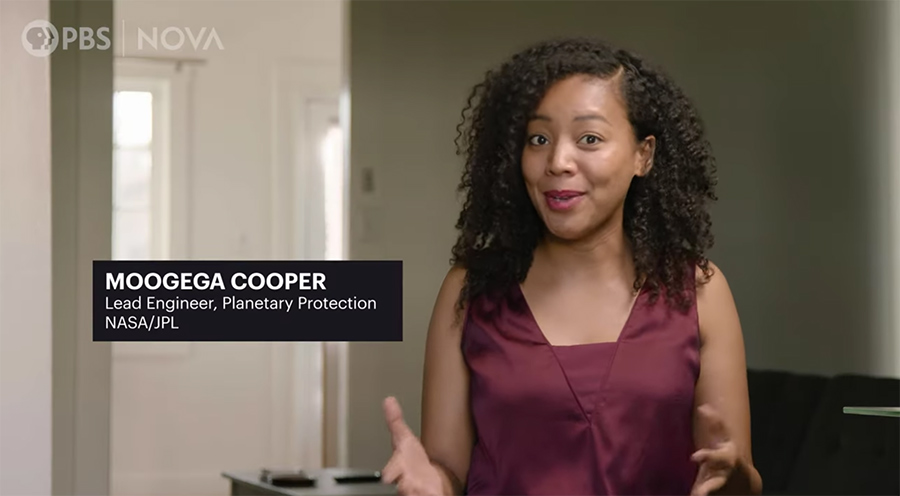 “So when we explore moons and planets and other bodies in the solar system, we want to make sure that we donut send microbes from Earth that may contaminate that environment and affect our ability to find biosignatures on the surface, and allow us to bring the sample back so that we can definitively find ancient microbial life on Mars.

The spacecraft has to be extremely clean.”

The team accomplishes this high level of decontamination with clean room suits, heat sterilization, cleaning surfaces frequently with alcohol wipes, and different kinds of testing before, during, and after the spacecraft is assembled. 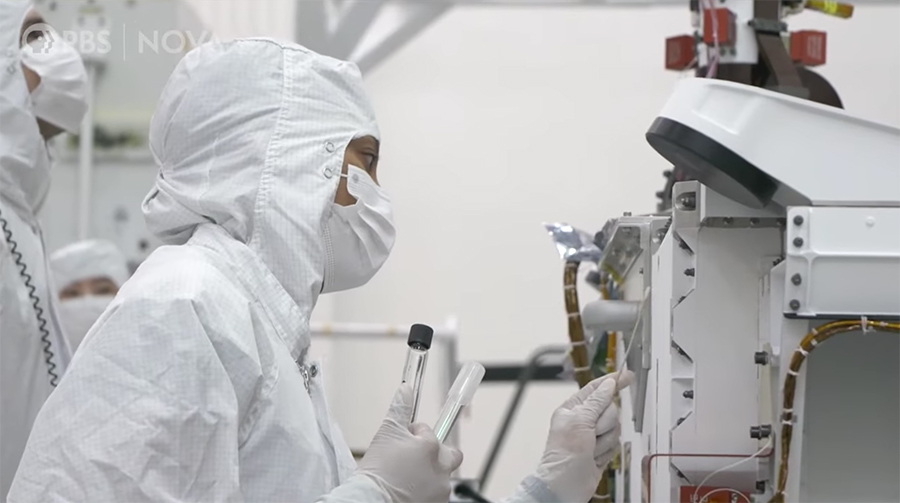 “The limit for the entire spacecraft, – that includes the rover, the heat shield, the descent stage, the back shell, has to be less than 500,000 what we call bacterial endospores, or spores.

Just to give you an idea, a teaspoon of seawater has ten times more bacteria than that entire spacecraft has.” 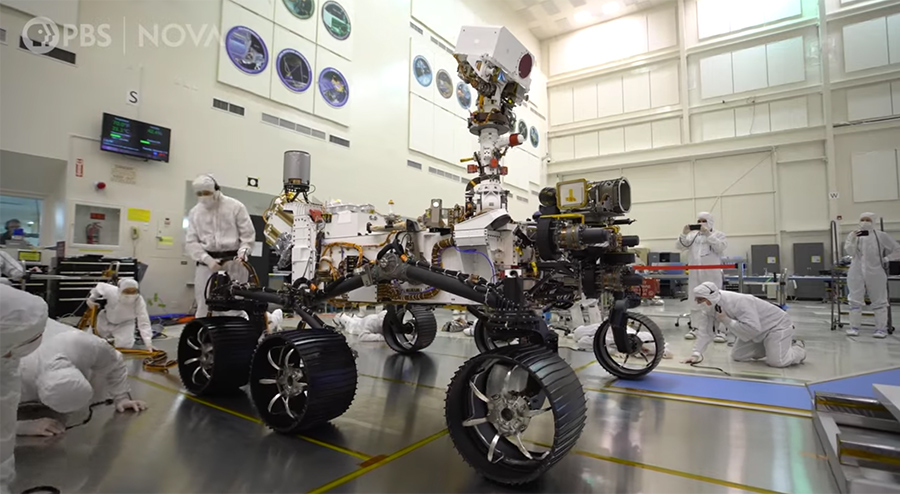 Watch these videos next:
• Introducing Perseverance, NASA’s fifth Mars rover
• The Top 5 Places to Look for Alien Life
• Is there life on your nose?
• Hunting for microbes in Central Park’s murkiest waters
• Subvisual Subway – The Art of New York City’s Bacterial World

The Lizard That Uses Nanotechnology to Walk Upside Down

The Foldscope – A Paper Microscope that Costs $1