The Agouti: Seed Disperser of the Rainforest

This Central American agouti, a house cat-size rodent that looks a bit like a long-legged guinea pig, is just one of around a dozen known species of agoutis found in Central and South America. The foraging animal was filmed in Costa Rica by filmmaker James Wolfe, who narrates.

Agouti young sleep in small burrows to keep them safe from local predators, including coyotes, pumas, and ocelots. Learn more about their role in the rainforest ecosystem from the San Diego Zoo:

“Fallen fruit is the agouti’s favorite food, with nuts a close second. Its sensitive ears can even hear when the fruit hits the ground! The agouti often eats upright, holding its food with the front feet, just like a squirrel.” 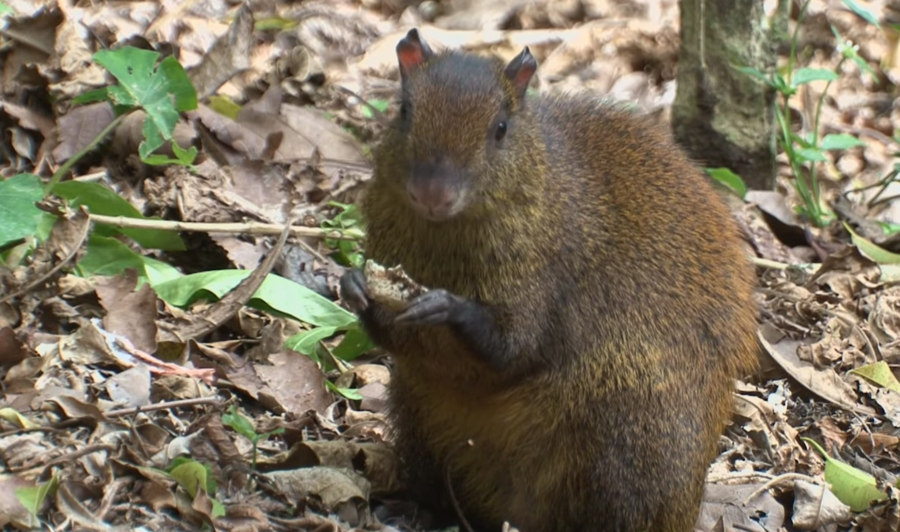 “When there’s lots of food, an agouti buries the extra portions around its territory for future meals. That keen nose helps the agouti locate the food again in times of need. If the agouti buries a nut and never returns to eat it, the nut just might grow into a tree, making agoutis good rainforest gardeners…” 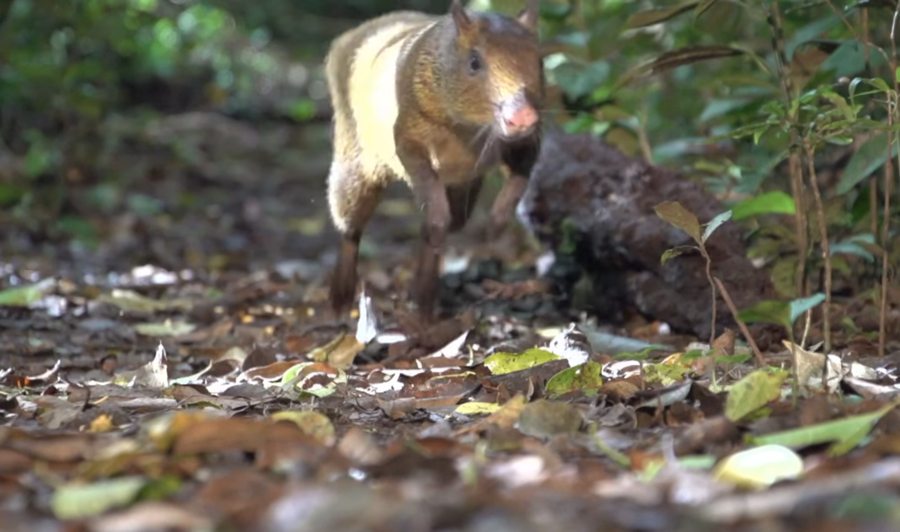 “Agoutis play a vital role in the survival of Brazil nut trees and the people who depend on the trees in remote areas of South America. Brazil nuts bring in millions of dollars each year. Remember, agoutis are the only animals that can open the thick husk to allow the seeds to sprout.” 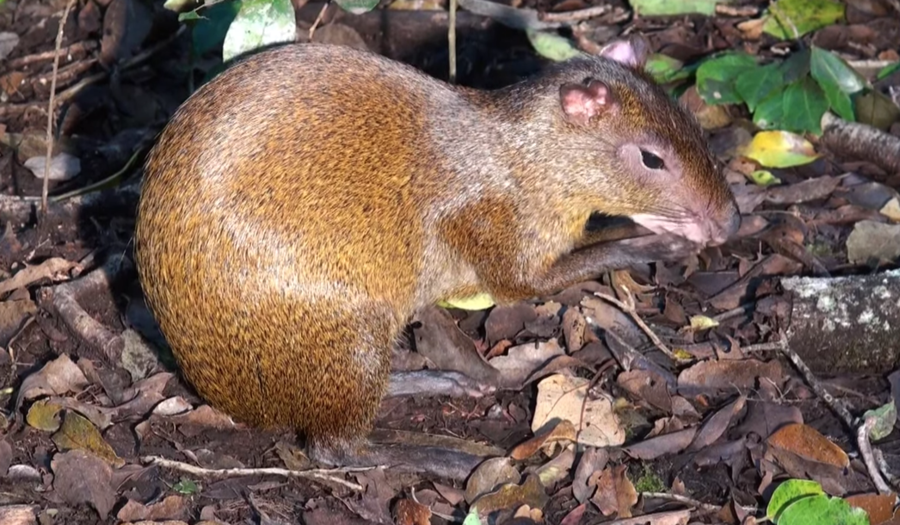 Read more about agoutis at the Smithsonian National Zoo and the National Geographic Society.

Kemosabe the porcupine nibbles on fruit