A warm bath filled with fragrant strawberries! These capybaras are enjoying the last cold months of winter in warmed waters at Nasu Animal Kingdom (那須どうぶつ王国) in Japan’s Tochigi Prefecture.

Though Japanese tradition calls for adding yuzu citrus fruit to baths on occasion, in this video, tourists slowly add strawberries to these steaming waters, taking care that the animals aren’t startled. Preferring water plants and grasses for sustenance, capybaras don’t seem to eat strawberries, but Tochigi is famous for its “red jewels.” From Nippon.com:

The first strawberries were brought into Japan through Nagasaki, the only port that was permitted to trade with the outside world during Japan’s years of self-imposed isolation during the Edo period (1603–1868). 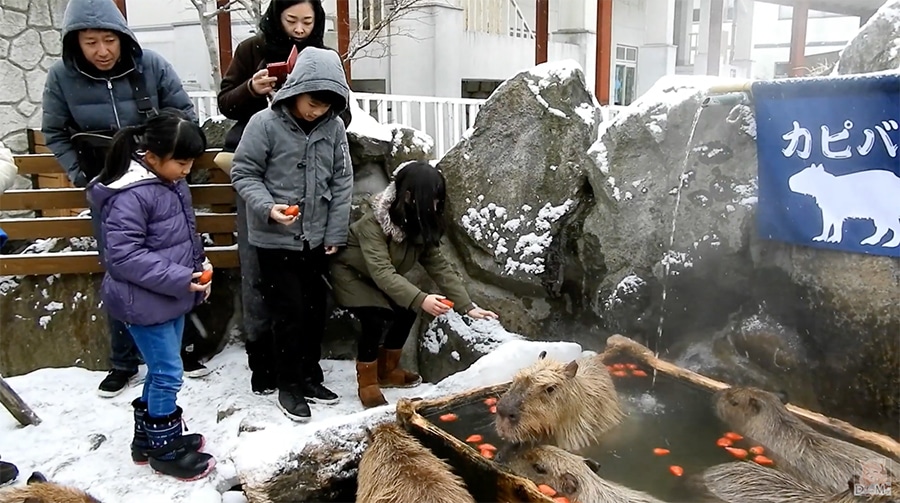 Small-scale strawberry production began in Tochigi during the Taishō era (1912–26), but it was not until much later that the potential of the crop was identified and more land was turned over to the fruit.

“Tochigi has been the largest producer of strawberries in Japan for almost fiveh decades,” points out Ōhashi [Takashi, a senior researcher with the Strawberry Research Laboratory Department of Agriculture]. “This was because rice farmers in the past wanted to raise off-season crops, and this region was just perfect for them to do that.” 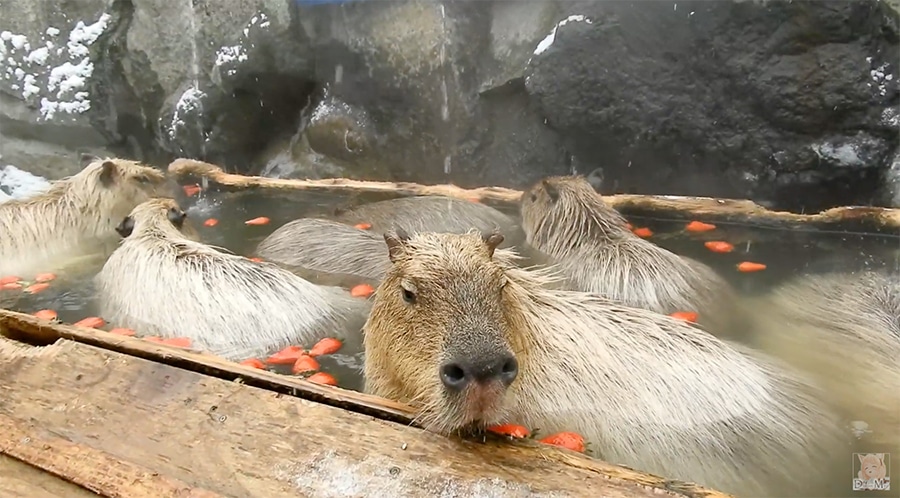 Africa has hippos, and the Americas have capybaras! Capys are found east of the Andes on Central and South American riverbanks, beside ponds, and in marshes or wherever standing water is available. Due to its dry skin, a capy requires a swimming hole as part of its lifestyle to stay healthy.

Water is a source of life for the capybara, as the animal eats water plants and grasses and uses the water itself to escape from danger. In fact, a capybara can stay underwater for up to five minutes at a time to hide from predators. It uses those webbed feet (four toes on each front foot and three on each back one) to swim as well as walk.

The capybara has something in common with the hippo: its eyes, ears, and nostrils are all found near the top of the animal’s head. A capy can lift just those parts out of the water to learn everything it needs to know about its surroundings while the rest of its body remains hidden underwater. 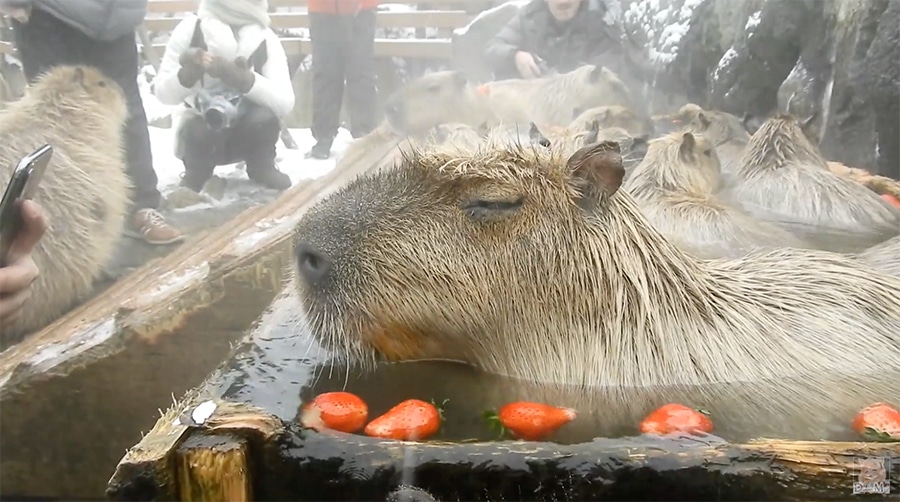 Watch these capybara videos on TKSST next.

Plus, enjoy Snow Monkeys in a Japanese hot spring.

Koi are unusual kitchen helpers in the kabata of Harie, Japan