Hidden volcanoes and superheated deep-sea vents on A Perfect Planet

Volcanoes, the architects of our planet: They have forged over 80 percent of the Earth’s surface. Of the 1,500 active volcanoes worldwide, up to 85 erupt each year, recycling minerals from deep within the Earth’s crust. They nourish our land with ash, creating some of the most fertile plains on Earth.

Witness stunning volcano footage from across the globe, accompanied by informative graphics. Then descend beneath the waves, where 80% of volcanic eruptions occur, to learn more about our planet’s superheated deep-sea hydrothermal vents. This riveting clip is from the BBC’s A Perfect Planet: The Story of Earth’s Power and Fragility. 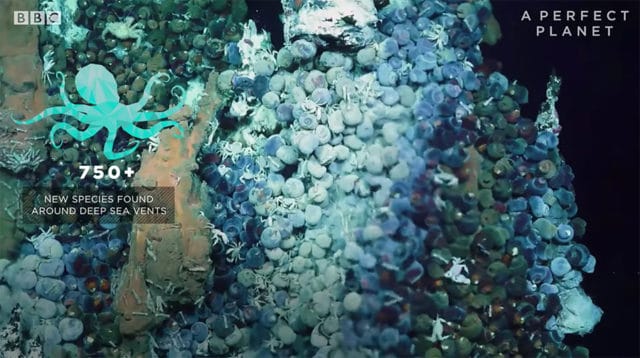 The crushing pressure, extreme temperatures, and total darkness may seem too hostile for life but, incredibly, these vents have created oases in the deserts of the deep, from cannibal crabs to giant snails. Life here has found a way to thrive amongst the toxic plumes. And it’s all thanks to the smallest residents: Bacteria.

Could vents like these have been the birthplace of life on Earth 3.7 billion years ago? 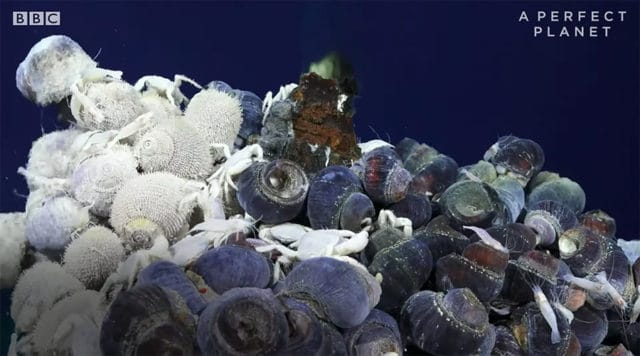 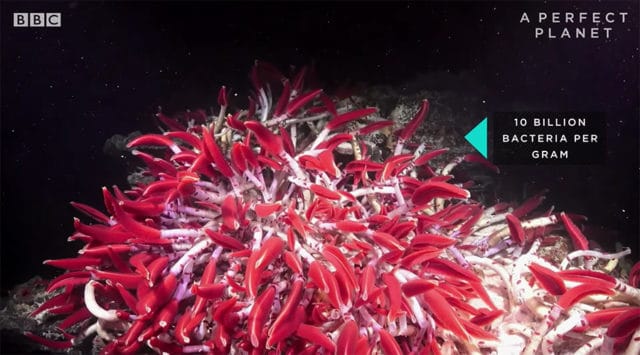 A Perfect Planet focuses on five formidable forces in nature: Volcanoes, sunlight, weather, oceans, and humans. Learn more about those topics with videos on TKSST, including:
• Planet-changing ‘invisible’ microbes on the deep sea floor
• When a volcano erupts underwater
• Hunga Tonga-Hunga Ha’apai, The Birth of a New Island
• What makes volcanoes erupt?
• Why is biodiversity so important?

What Lurks in the Midnight Zone?