Life, death, and discovery of a plesiosaur

Around 165 million years ago, marine reptiles called plesiosaurs swam the deep Jurassic seas. Today, finding plesiosaur bones in a quarry in Cambridgeshire is not uncommon, but finding a close-to-complete skeleton and its skull is very rare. “I’d never seen so much bone in one spot in a quarry,” explained Oxford Clay Working Group member Carl Harrington of the long-necked specimen when it was discovered in 2016.

“As I was digging amongst the wet clay, the snout of a plesiosaur started to appear in front of me. It was one of those absolute ‘wow’ moments – I was the first human to come face to face with this reptile.”

The animation above was created by Mighty Fossils for Oxford University Museum of Natural History‘s Out of the Deep exhibition. It was a companion piece for two large plesiosaur skeletons on display. 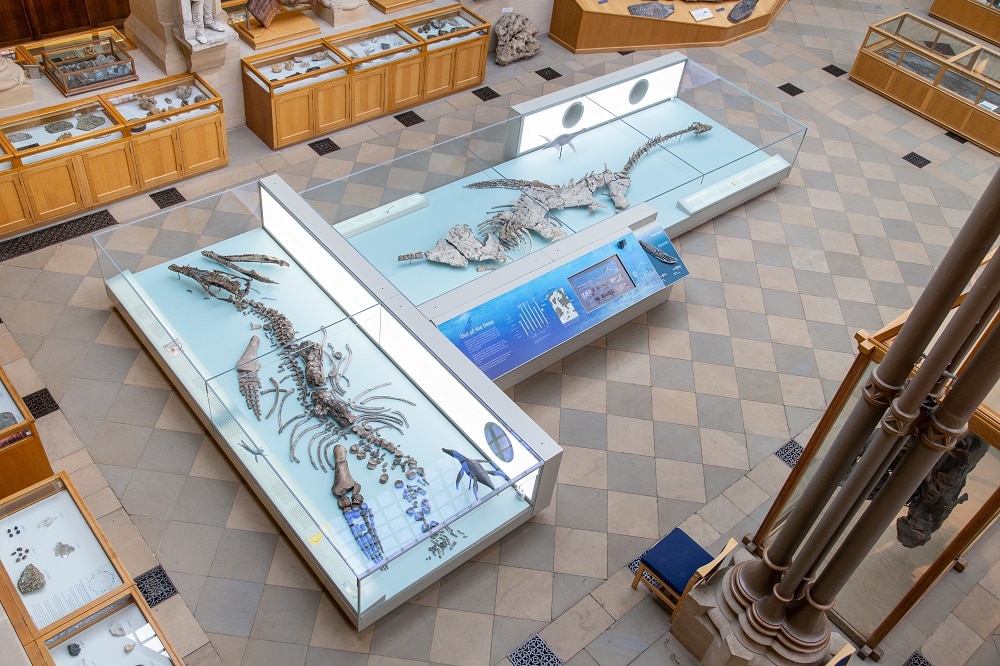 The second short-necked specimen in the exhibit, also known as a pliosaur, was discovered in Yarnton, Oxfordshire, just 8 kilometers from the museum. In the video below, semi-retired assistant curator Philip Powell discusses that plesiosaur’s discovery in 1994: 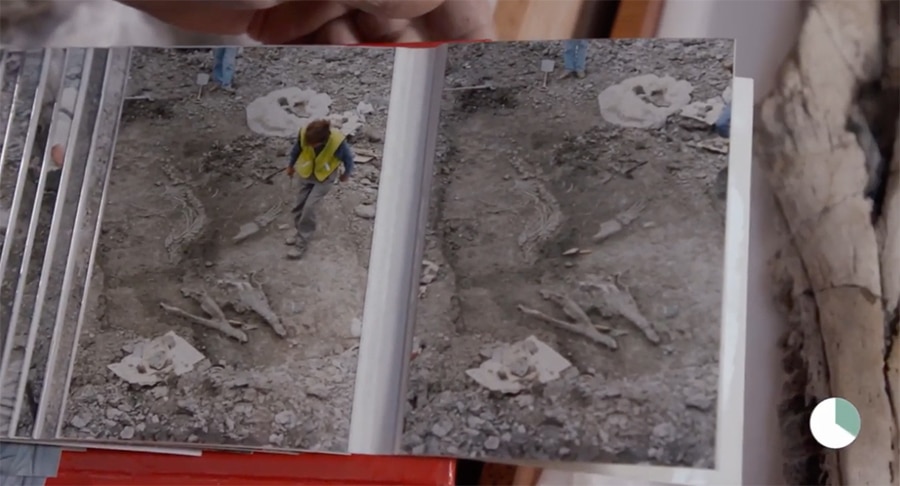 Watch this next: Mary Anning, the greatest fossilist the world ever knew.

Plus, plesiosaurs are not dinosaurs, but you can find those in the video archives, too, including:
• How scientists solved this dinosaur puzzle
• Dinosaur fossils uncovered on an Antarctic expedition
• Meet the Titanosaur at AMNH
• A swimming dinosaur: The revealing tail of Spinosaurus aegyptiacus