When was the first cell phone call?

In the 1960s and early ’70s, if you wanted to make a phone call, you did so from a device wired to the telephone grid. When AT&T launched their cellular system for car phones, Dr. Martin “Marty” Cooper and his team at Motorola decided to build a truly wireless mobile phone, a handheld device that would truly free consumers to communicate on the go.

On April 3, 1973, as a demonstration to a journalist, inventor and engineer Marty Cooper called his Bell Labs rival, head of research at AT&T Joel Engle, from out on the street in New York City. At his ear was the first cell phone—“a 10-inch-long, 2.5-pound phone nicknamed ‘the brick'”—an early version of what would become the Motorola DynaTAC 8000X.

“We didn’t know it was going to be historic in any way at all. We were only worried about one thing: Is the phone going to work when we turn it on? Fortunately, it did.” 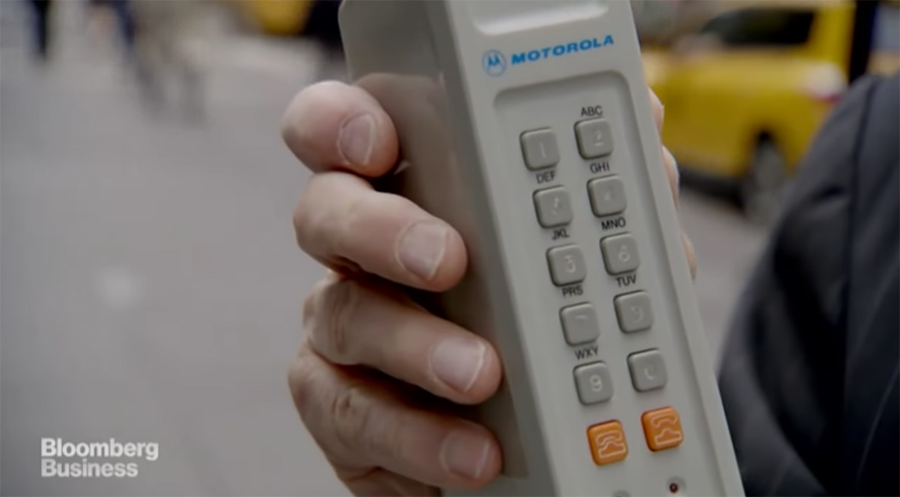 Hear the a bit of tech history and the story directly from Cooper in this Bloomberg Quicktake video from 2015: The First Cell Phone Call Was An Epic Troll. 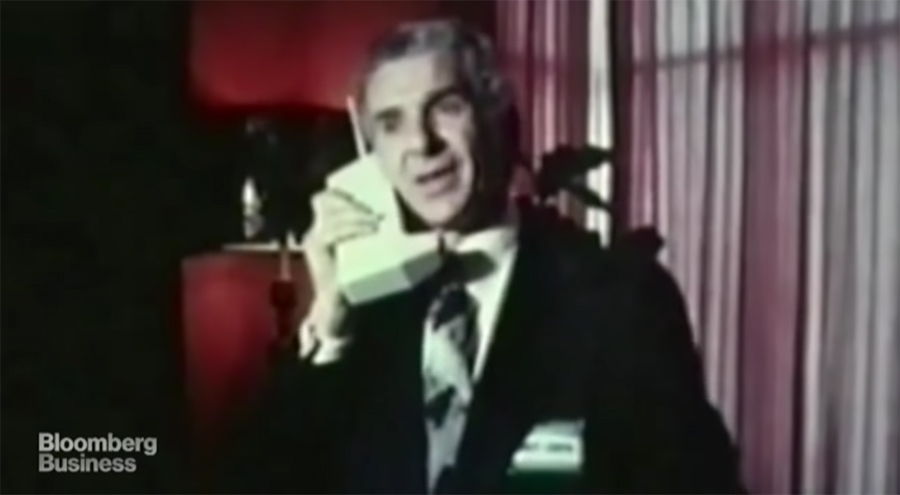 Related technology and invention videos include:
• Introducing the Dial Telephone, films from 1936 & 1954
• In the West Orange lab of Thomas Edison
• The Master Microfixer Teaching the World to Fix iPhones
• The Science Behind String Telephones

The Reinvention of Normal: Dominic Wilcox’s quest for new ideas