In a series of promotional videos for Disney’s The Lion King on Broadway, stage actors share how they put on and perform within their hand-crafted animal costumes. Above, actor Ray Mercer dons stilts to transform into a 4.27 meter (14 foot) giraffe—”the towering puppet that sets the stage as the sun rises during ‘Circle of Life.'” 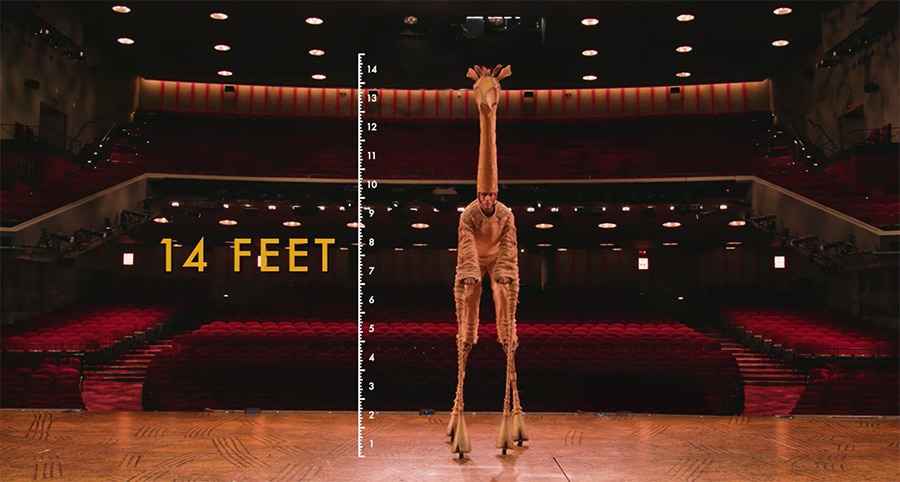 Debuting in 1997, The Lion King is Broadway’s “third longest-running show in history and has grossed more than $1 billion, making it the highest-grossing Broadway production of all time.” The costumes are a huge part of the show’s success.

Tony-winning director and costume designer Julie Taymor created the costumes to feature the actors and the animals simultaneously. The art and the engineering of the puppet design are also on display, from the textile’s patterns and earthy colors to the poles and wires that make the puppets move, to the trust and teamwork that actors practice for larger costumes. 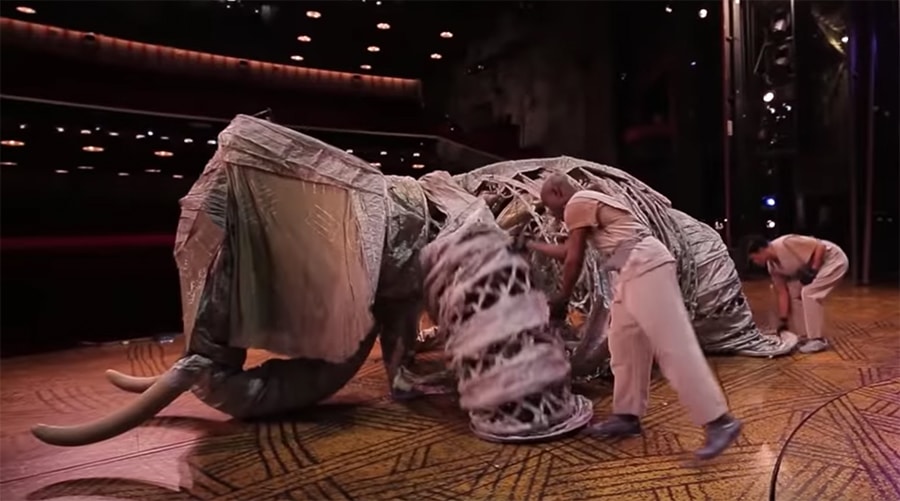 In the clip below, James Brown Orleans describes how he and three actors–Bonita J. Hamilton, Joel Karie, and Enrique Segura–maneuver an elephant they call ‘Bertha.’ Unable to communicate during the performances, they rely on their choreography and musical cues to walk through the audience and onto the stage.

Lisa Marie Lewis describes how her cheetah costume runs, scratches, stretches, and rears back in this behind-the-scenes clip. She also underscores the magic of an audience seeing both the actor and the animal costume perform in unison: 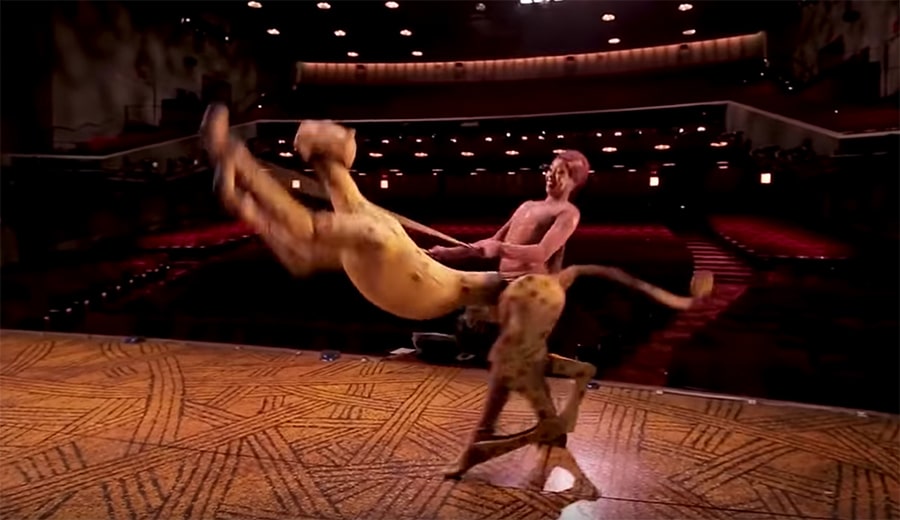 In every performance, Christopher Freeman gets an additional workout from the weight of his 11.34 kilogram (25 pound) zebra costume. He compares it to a rollercoaster seat harness and a backpack. Poles on each side control the animal’s back legs. 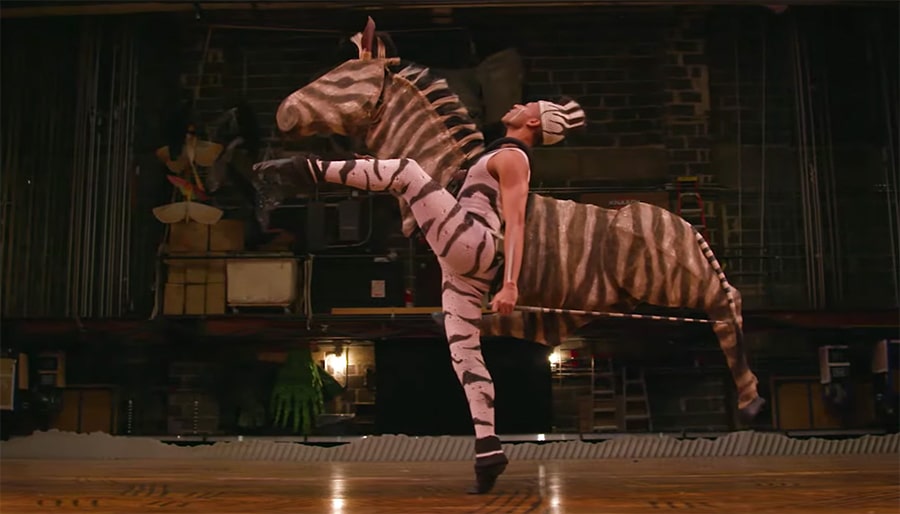 Follow this set of videos with another behind-the-scenes video: What Happens Just Before Show Time At the Met Opera.