“Tiger beetles are jewel-toned insects that run so fast, they have to stop to see where they’re going. These long-legged beetles are fierce predators that use their formidable speed and large mandibles, or mouthparts, to hunt smaller insects and spiders. They often protect themselves with chemical defenses, and one species even releases a substance that smells like bubble gum.”

This 2019 Florida Museum video visits with former Ph.D. student, current invertebrate conservation biologist Harlan Gough, who created a comprehensive molecular phylogeny of tiger beetles. “If you have a nice phylogeny,” he explains, “you can then start asking interesting evolutionary questions such as ‘how did certain behaviors evolve? How has body shape changed over the evolution of this group?'” 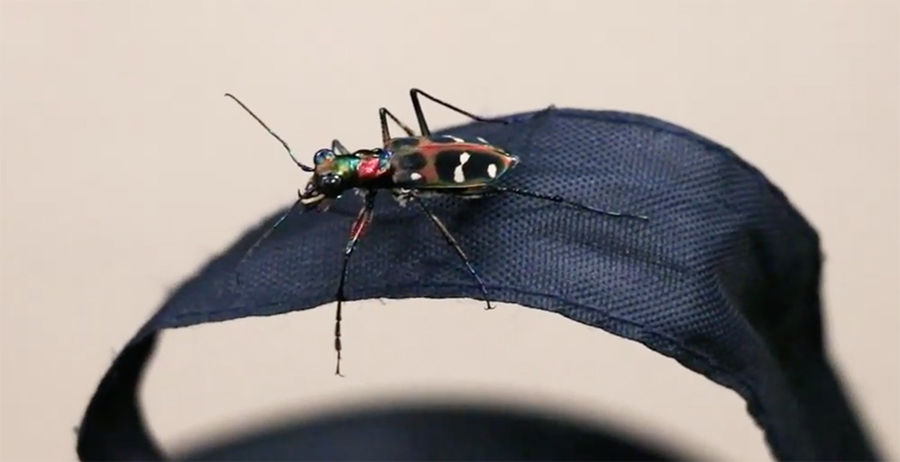 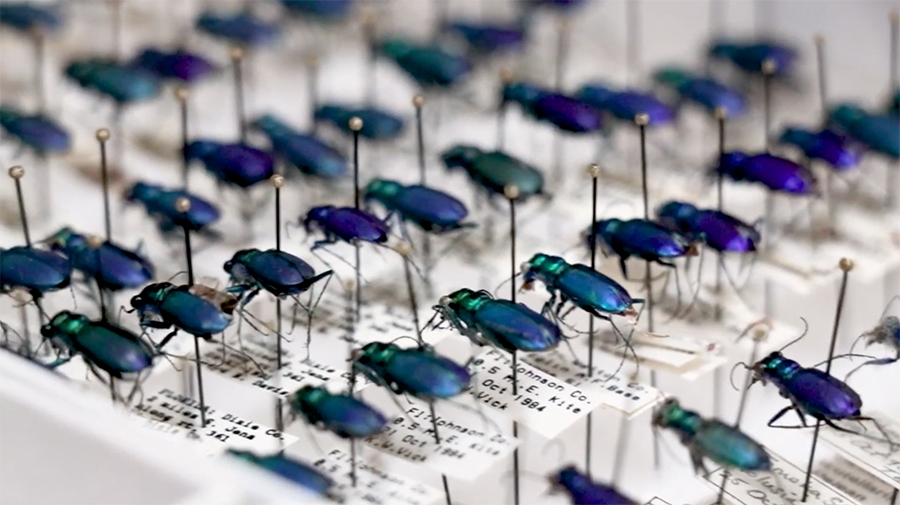 He also summarizes why these 2,300 currently described species are so fascinating, how they hunt, how they defend against predators, and how he finds some of them and their underground-dwelling larvae in the Florida wild. 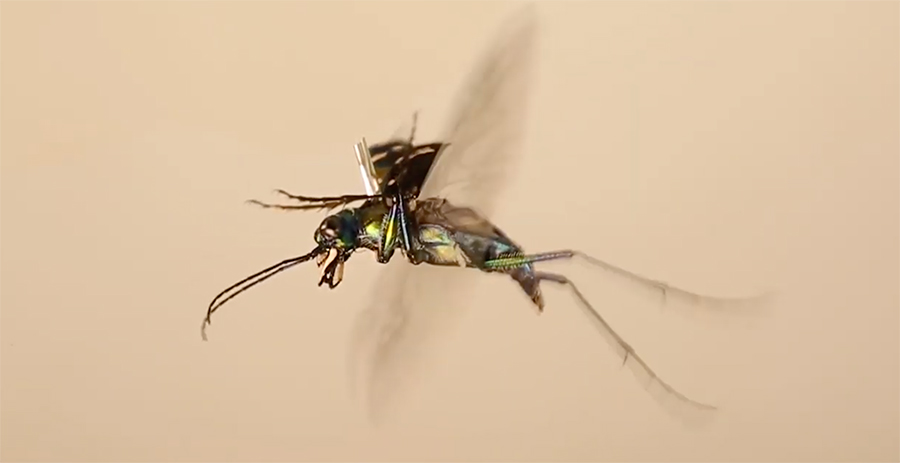 Related: The Story of Jane Goodall and Her Chimps (2010).

This Is Not A Bee

The large and surprising creatures of InsecthausTV

The GPS-navigated rolling of the dung beetle