When did dogs become the best friends to humans all around the globe? “There’s still a lot we don’t know about how wolves went from fairy tale villains to our canine companions,” explains paleontologist Kallie Moore in this fascinating, research-filled episode of PBS Eons.

“What we can say from studies of dog and wolf genomes is that wolves and dogs began to genetically diverge from each other sometime between about 40,000 and 27,000 years ago.

And figuring out the exact timing is tough, because it looks like the split happened over a very short period of time, and there was probably interbreeding between domestic dogs and wild wolves along human migration routes. So dogs still looked pretty wolf-like at the start of domestication. 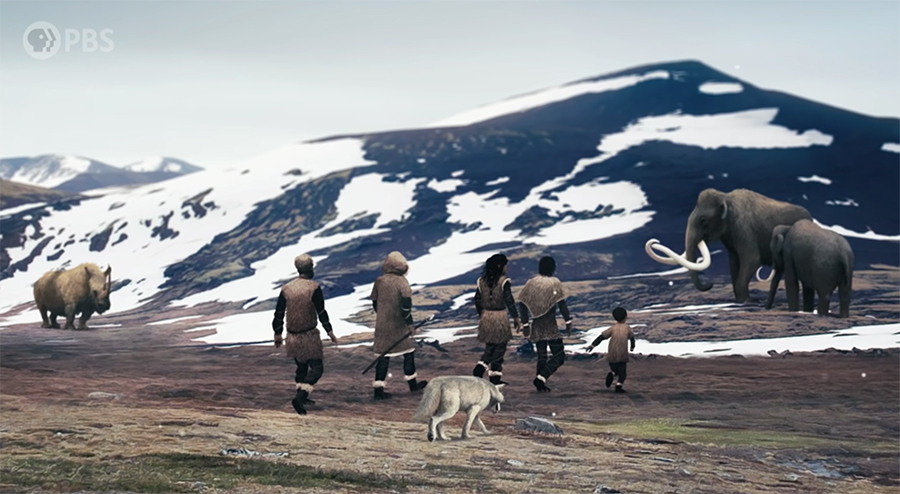 It’s also complicated because these two species diverging genetically isn’t necessarily the same thing as domestication; one’s just a split in the gene pool, while the other’s the whole behavioral and genetic process that humans were involved in. But one of the key genetic traits wolves and modern dogs share, that has been really strongly selected for in modern dogs, seems to be hyper sociability, which is the tendency for adult animals to initiate social contact even with members of other species.

And for some wolves, this tendency, along with other behaviors, like scavenging for food, could’ve made them a better fit for eventual domestication.”

Related to that hyper sociability, Eons also explores the deep emotional bond humans have had with dogs throughout history, citing Late Pleistocene to the Mid-Holocene Epoch dog burial finds across Europe, Asia, Africa, and North America. 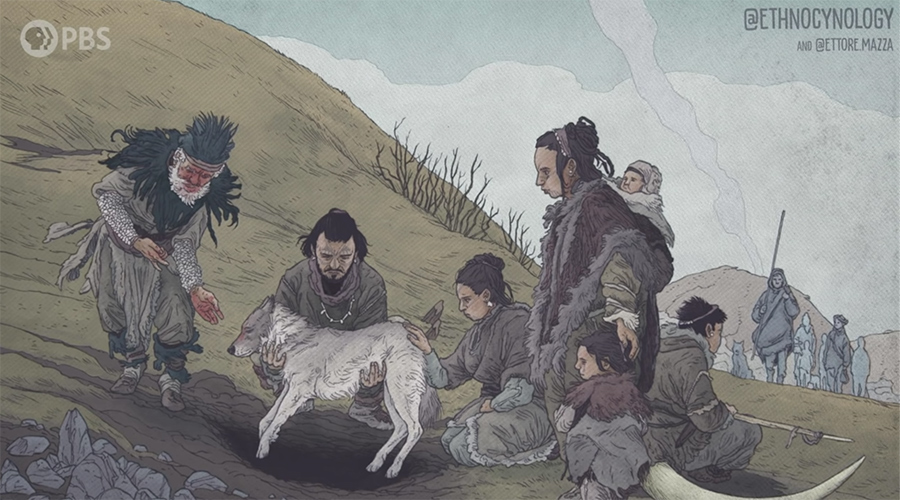 Moore also touches on more recent history with the expansion of dog breeds during the Victorian era. 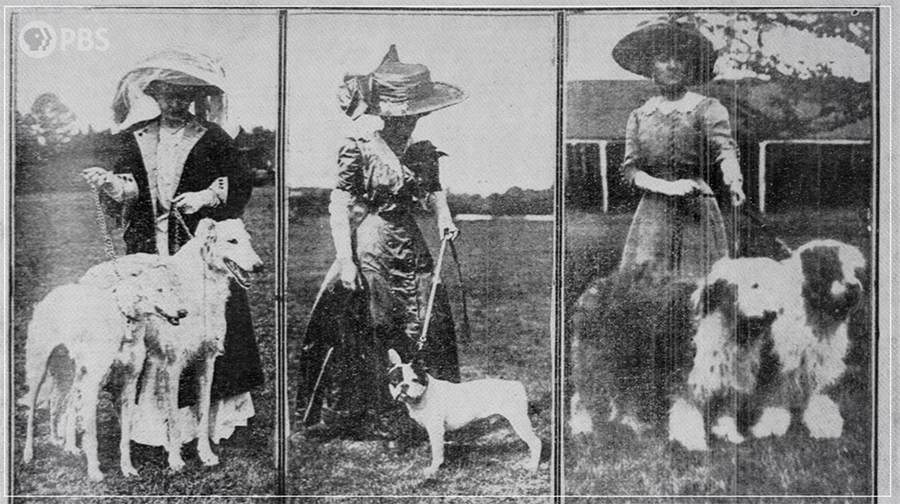 Related reading at National Geographic: Are These the Oldest Images of Dogs?

And more about Dogor at Smithsonian Mag: Was This 18,000-Year-Old Puppy Frozen in Siberian Permafrost the Ancestor of Wolves, Dogs or Both?

Watch these related dog and genetics videos next:
• Why Dogs Have Floppy Ears, an animated tale
• Who was the first human?
• How Mendel’s pea plants helped us understand genetics

Sheep herding patterns as seen by a high-flying drone