Drone video footage of juvenile white sharks along the coast of Southern California is astounding some people. Chris Lowe, director of the Shark Lab at California State University, Long Beach explains that “it doesn’t match what they think of as encountering a shark.” The sharks don’t seem to react to or care about surfers and swimmers, who may not notice the animals either.

This Scientific American video captures the Shark Lab’s research off the coast of Los Angeles, “one of the largest nurseries for white sharks in the world.” From SciAm:

“The goal is to come up with what we’d call an encounter assessment,” Lowe says. “Who is most likely to encounter sharks—and under what conditions? Are sharks attacking aggressively? Are they attracted to people? Are they repelled by people, or do they just ignore people? So we’re right in the middle of a two-year study, and hopefully, by the end of this study, we’ll be able to answer those questions.”

The ambitious research includes drone surveillance, an autonomous underwater robot, active transmitters that were safely attached to the sharks, coastal listening stations, and an alert system that can help lifeguards keep beachgoers informed and safe. 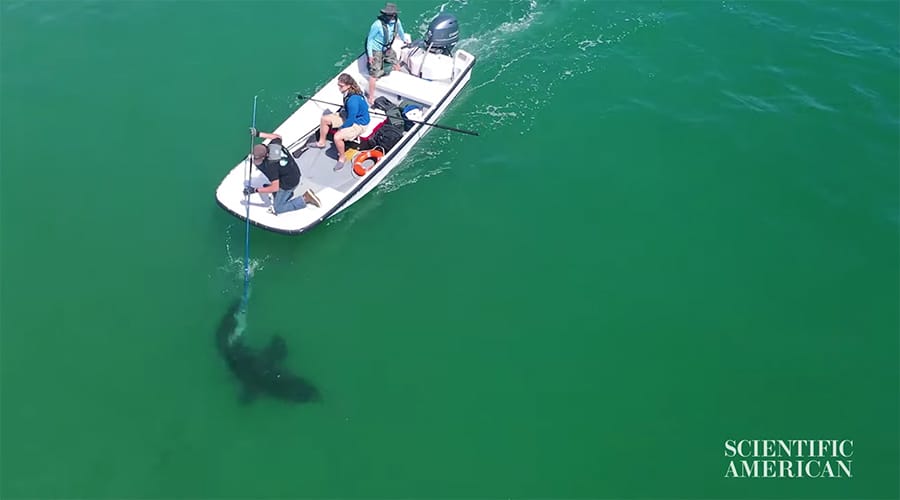 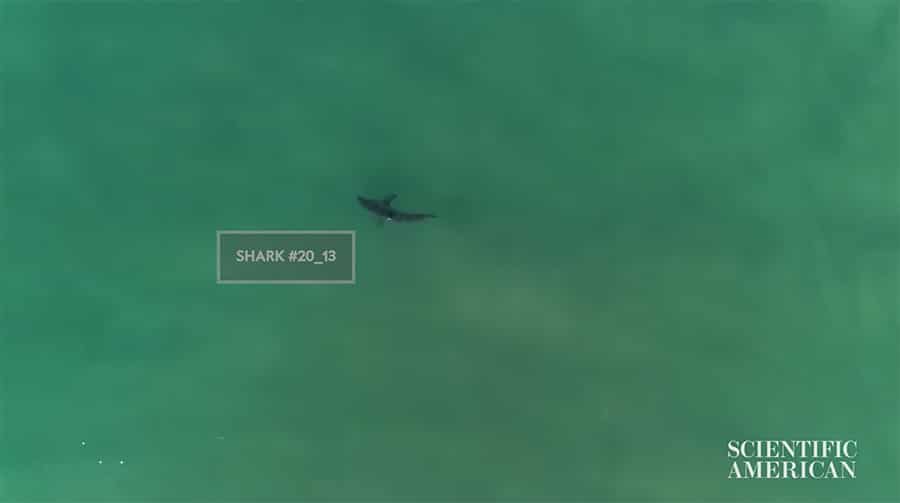 Machine-learning algorithms created by computer scientists are also making a big difference in the process. Their software creates revealing behavior models from the video data in a fraction of the time it would take for the team to manually review and analyze hundreds of hours of video. 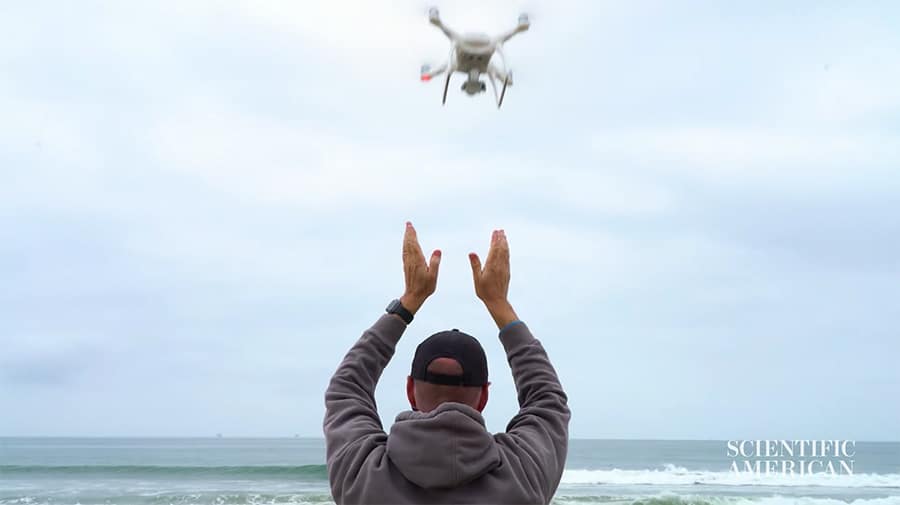 Thousands Of Sharks Visit A Seamount

The shark that walks: The bamboo shark or longtail carpet shark

The Basking Shark: A gentle giant with a piano-sized mouth

REMUS SharkCam: The hunter and the hunted