AirPano VR specializes in creating high-resolution 360° virtual videos in stunning and historic locales around the globe. In the video above, they capture the tallest uninterrupted waterfall in the world: Kerepakupai Merú in Venezuela‘s Parque Nacional Canaima. From Wikipedia:

Kerepakupai Merú (“waterfall of the deepest place”) or Parakupá Vená (“the fall from the highest point”) are both indigenous Pemón names for the waterfall; the water spilling over Auyán-tepui is also known as Angel Falls, a reference to Jimmie Angel, a U.S. aviator who first flew over the falls in 1933. 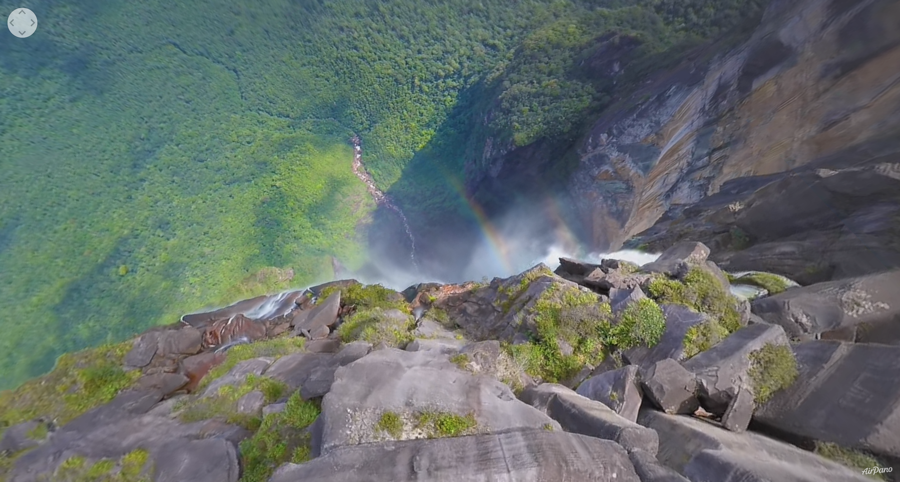 The AirPano team visited in 2017, writing:

“The best water transport used here is the wooden canoe made of a solid tree trunk. This kind of boat is highly resistant to stones hidden by water and is suitable for overcoming numerous rapids. We loaded our equipment and started floating up the river. The way was a long one, so we would arrive at the camp only in the evening. The boatman skilfully controlled the canoe sailing among stony banks; lianas were hanging over the water and we could see the tepuis. The weather was hot, the sun was shining brightly. As soon as we reached our destination we encamped for our first night in the jungle, hung the hammocks and an anti-mosquito screen. We would stay here, in this jungle forest, for several days.” 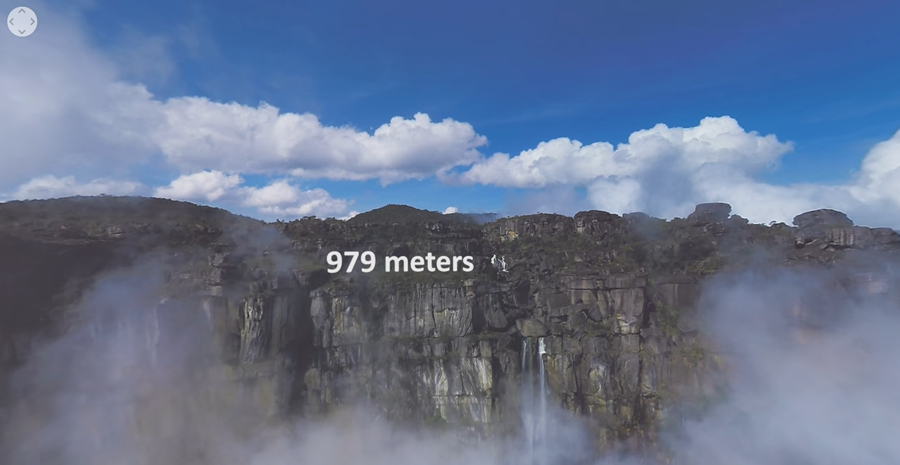 “The distance between our camp and the waterfall was about four kilometres only, though the way laid through the humid jungles with a certain elevation. So, when we got the place where we would launch our drone we felt quite exhausted, meanwhile our guides walked easily, as if nothing special was happening.

“Standing just opposite the waterfall it became clear to us how huge it actually is; we couldn’t see the true dimensions of it from above. The water falling from the height of almost a kilometre is turning into the smallest dust when it gets to the ground. The top of the tepui gets covered by clouds every now and then. Sometimes the clouds descend and cover the jungles with the mist.” 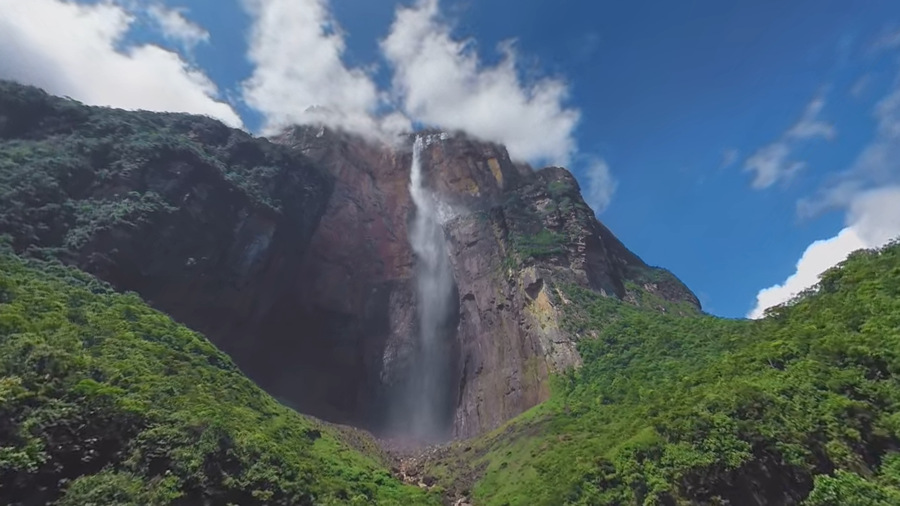 “Our work lasted for several days: the daytime we spent capturing Angel Falls, then in the evening we returned to the camp and in the morning again went to have a ‘date’ with the waterfall. With the nightfall, we could witness the thousands of stars in the sky and as soon as we were turning on the torch we were surrounded by lots of exotic insects attracted by the light. Some of them bit us, so I preferred to stay in the darkness and watch the starry sky.”

Previously from AirPano on TKSST: Animals of the Galápagos archipelago in 360°.

Plus, keep traveling:
• A Yosemite Falls rainbow in real-time
• The Pyramids of Giza, a 2-hour slow TV walking tour
• Trek the Himalayan mountains & hear stories from Khumbu, Nepal
• Spain’s crystal cave, the giant gypsum geode of Pulpí
• From Rotterdam to Amsterdam by boat, a time-lapse video