Walking at a soothing rhythmic pace, this ProWalks Tour guide wanders the 4,500 year old Giza Pyramid Complex, turning to see the ancient vistas and slowing down to focus on structural details.

Tourists can be overhead chatting in a variety of languages. The wind blows, and the clop clops of horses or camels are carried along on it. A local guide or vendor will occasionally call out to the guide. Sightseers climb across walkways on the lowest layers of the stones. There are also excavated solar barge pits and additional ruins to see. 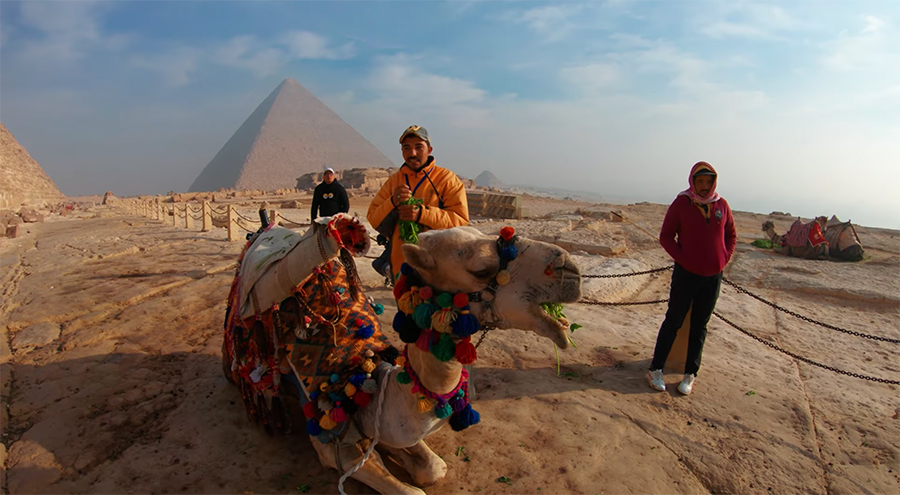 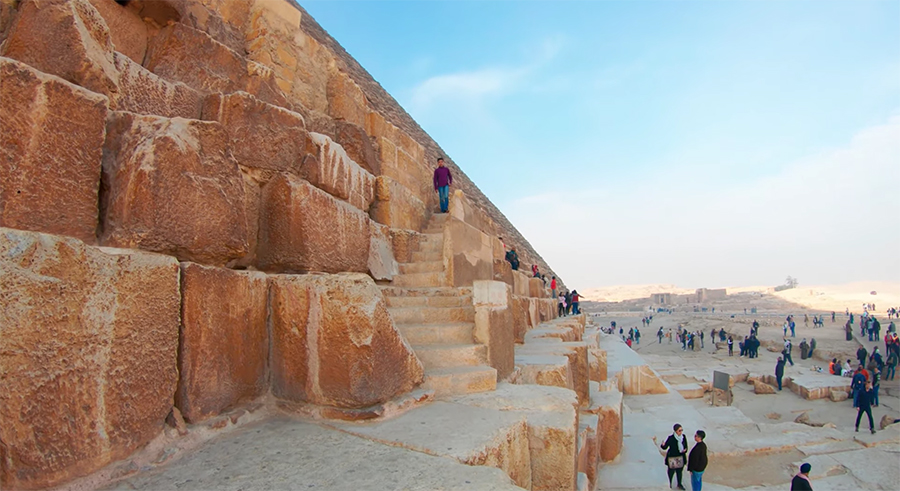 With few edits along the walk, this video is almost slow television. The 1 hour and 49-minute tour speeds up in the middle during a carriage ride between a brief glimpse of the Sphinx and the Pyramid of Menkaure, but there’s plenty of temperate meandering.

Video captions while orbiting these limestone and granite wonders include additional info. From the video notes:

Since there are no primary sources regarding the pyramids, any information presented during the walk regarding their age and original function is based on theory and not to be taken as fact.﻿ This was filmed starting at 8:30am on January 20th, 2019.” 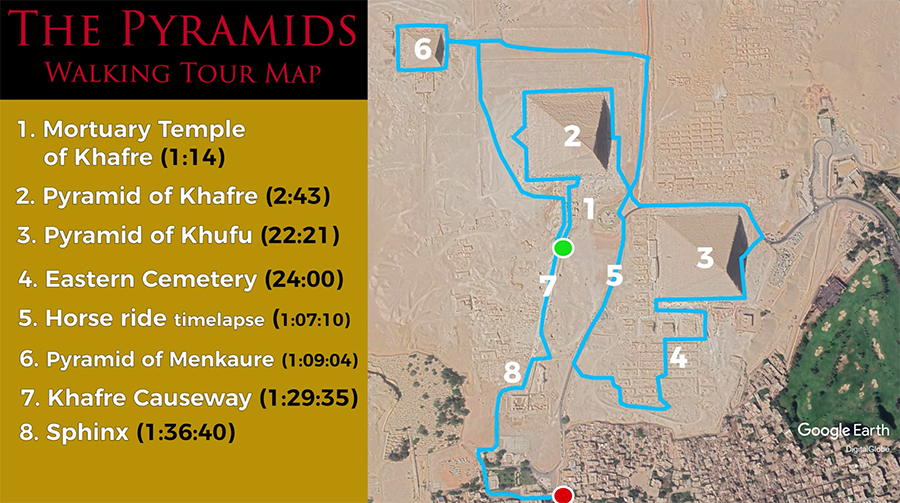 More about the structures from National Geographic:

“The Giza Pyramids, built to endure an eternity, have done just that… Pharaoh Khufu began the first Giza pyramid project, circa 2550 B.C. His Great Pyramid is the largest in Giza and towers some 481 feet (147 meters) above the plateau. Its estimated 2.3 million stone blocks each weigh an average of 2.5 to 15 tons.” 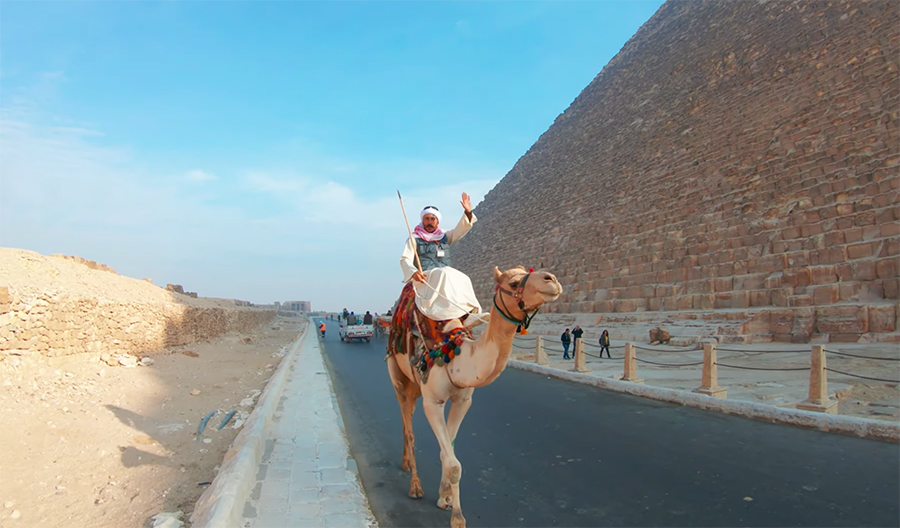 “Khufu’s son, Pharaoh Khafre, built the second pyramid at Giza, circa 2520 B.C. His necropolis also included the Sphinx, a mysterious limestone monument with the body of a lion and a pharaoh’s head. The Sphinx may stand sentinel for the pharaoh’s entire tomb complex.

“The third of the Giza Pyramids is considerably smaller than the first two. Built by Pharaoh Menkaure circa 2490 B.C., it featured a much more complex mortuary temple.

“Each massive pyramid is but one part of a larger complex, including a palace, temples, solar boat pits, and other features.” 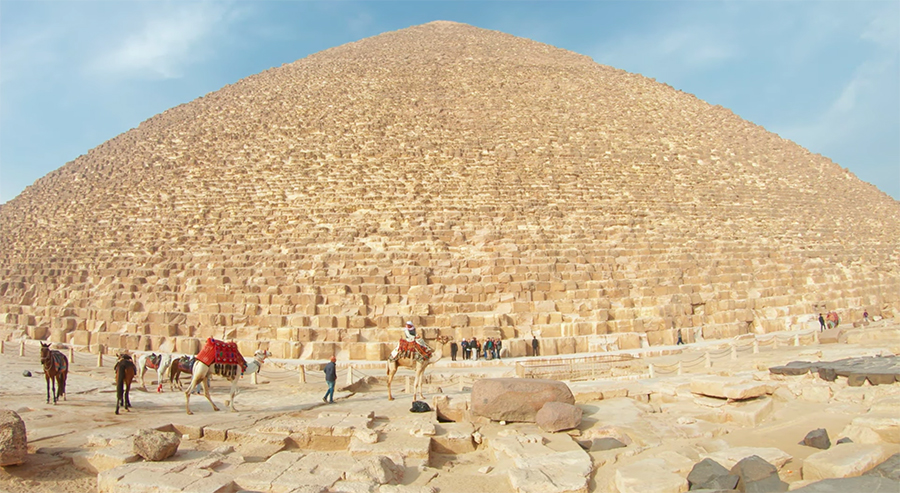 Watch these related pyramid videos next:
• How Were the Pyramids Built?
• Visualizing the Pyramids of Giza
• The Great Pyramid of Giza was bright white and highly polished
• Flying a drone over Sudan’s 3,000-year-old Nubian Pyramids

Bonus: A 25-minute tour of the International Space Station.

via Kottke and Open Culture.