Follow archaeologists Anna Roosevelt and Christopher Davis into Caverna De Pedra Pintada, Portuguese for “Cave of the Painted Rock.” This prehistoric rock shelter, located in the Amazon rainforest in Brazil, contains an extensive collection of rock paintings, believed to be created by indigenous peoples who lived in the Americas thousands of years earlier than previously thought. From the video:

“The standard view is that people reached the Amazon about a thousand years ago. But what Anna excavated in the Cave of the Painted Rock changes everything.” 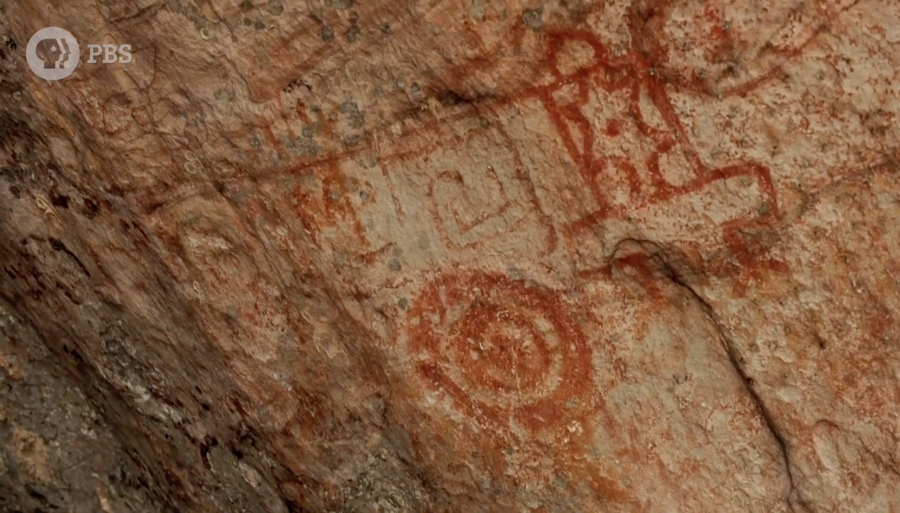 The video clip is from the first episode of PBS’ Native America (2017), a four-part documentary that explores the long and often-untold history of America’s First Peoples. 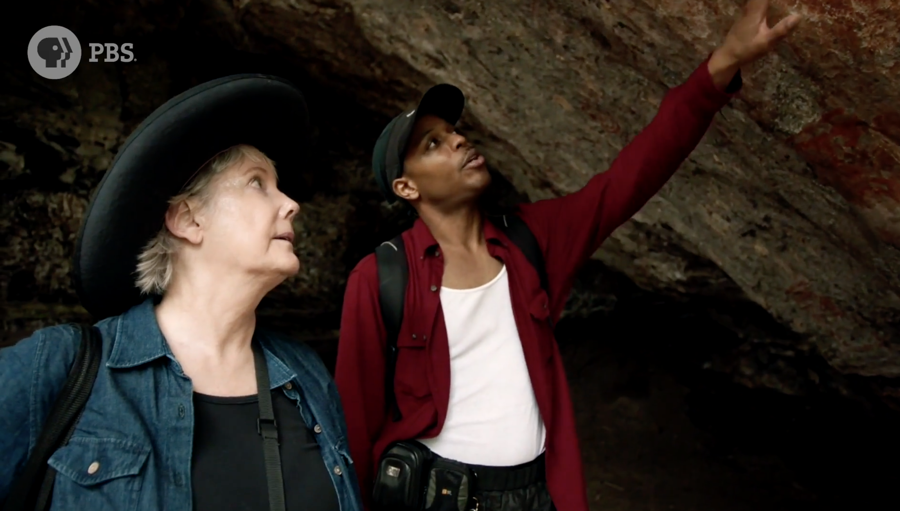 Via an interview with Roosevelt in Pesquisa FAPESP:

“In the Pedra Pintada cave and at Painel do Pilão, in Monte Alegre, both I and my former student Chris Davis found paint pigment in the oldest layers. So the first thing they did when they arrived in the region was to make these paintings. As Chris described in his PhD thesis, one society set up a solar observatory, which let them know what time of the year it was. This is the oldest known solar observatory on the planet, dating from the beginning of the Paleoindian period 13,000 years ago—the Paleoindians stayed in the region for one or two thousand years.” 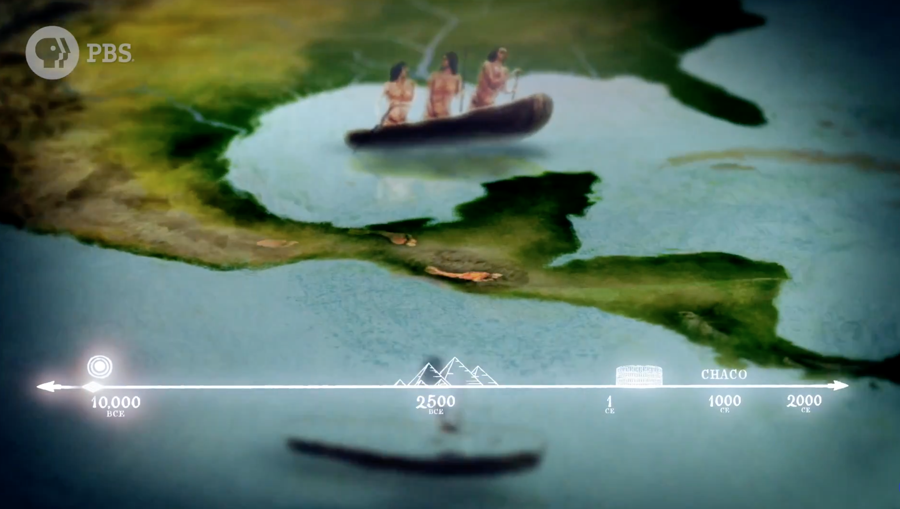 Native America is available via PBS.org, and more clips can be found on YouTube.

Related trivia: Anna Roosevelt has another connection to the history books; she’s the great-granddaughter of Theodore Roosevelt, the 26th President of the United States.

Watch these related videos next:
• Ice Age Footprints: Tracking the ancient humans who left footprints in North America
• Hopi Origin Story, a PBS Native America Sacred Story
• The Comanche and the Horse, a PBS Native America Sacred Story
• Golden Kingdoms: Luxury & Legacy in the Ancient Americas
• Who carved these mysterious giant drawings in the Peruvian desert?
• Who was the first human?